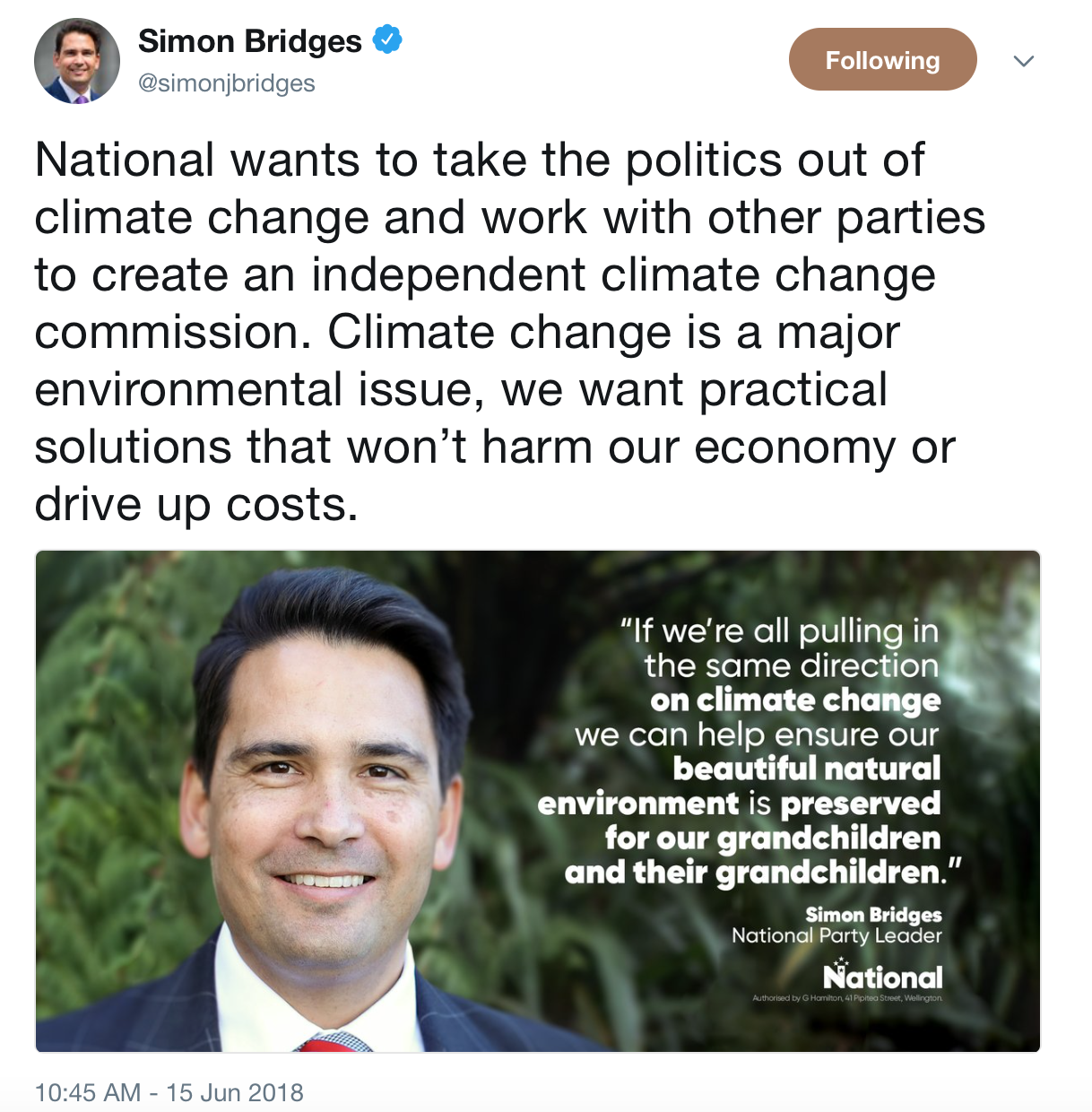 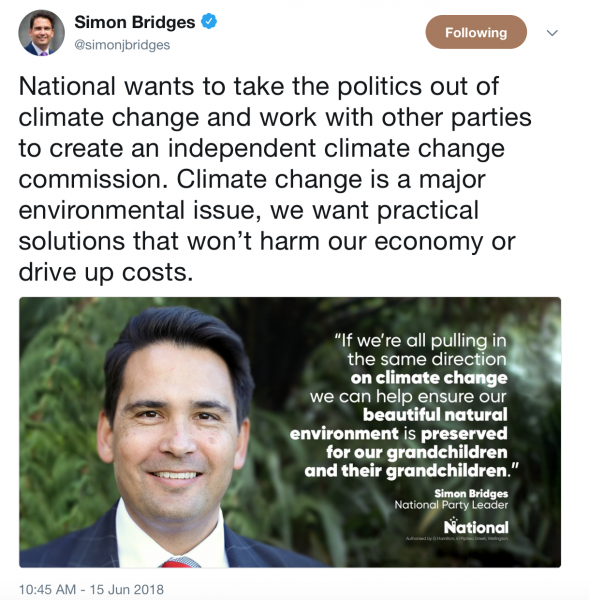 You can’t ‘take the politics’ out of climate change – it’s no longer a scientific question as to whether or not it’s happening, inaction is now a political problem and seeing as your party has the largest number of climate deniers in NZ, that makes it YOUR problem! 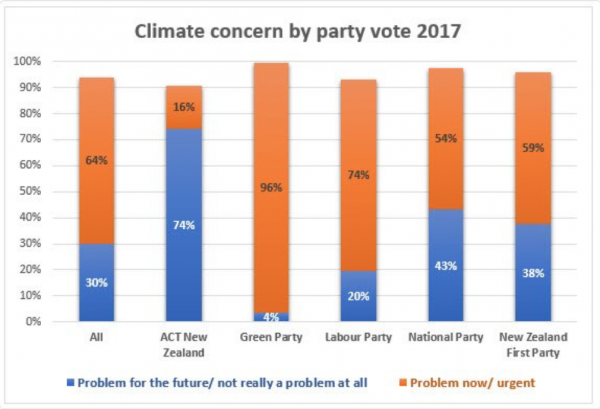 ‘Grim future’ on the horizon as Antarctic ice melt triples

Antarctica has lost three trillion tonnes of ice over the last 25 years – roughly the volume of Wellington Harbour each day – with almost half of the melting happening in the last five years.

A major analysis of the frozen continent’s ice sheets and glaciers found the loss has caused an 8 millimetre rise in global sea levels since the early 1990s.

The rate of melting has tripled since 2012, with the 219 billion tonnes of ice being lost every year since then contributing to a 3mm rise in sea levels.

…and the IPCC, the most conservative environmental body on the planet, now believes we are in real danger…

Leaked UN draft report warns of urgent need to cut global warming
The world is on track to exceed 1.5C of warming unless countries rapidly implement “far-reaching” actions to reduce carbon emissions, according to a draft UN report leaked to Reuters.

The final draft report from the UN’s intergovernmental panel on climate change (IPCC) was due for publication in October. It is the guiding scientific document for what countries must do to combat climate change.

Human-induced warming would exceed 1.5C by about 2040 if emissions continued at their present rate, the report found, but countries could keep warming below that level if they made “rapid and far-reaching” changes.

…we are now beyond the possibility of mitigating and controlling our climate change causing emissions and must rapidly become an economy and culture of adaptation.

National have spent every minute tearing down the decision to ban future oil exploration, to now claim they’ve seen the green light is beyond disingenuous.

That’s not to say Labour or the Greens are much better than National in paying lip service to the need of rapidly adapting our economy and culture to the realities of climate change. The Green decision to just allow a Chinese company to take millions of litres of our fresh water for a mere 60 jobs over 4 years and the Government’s pitiful Carbon Neutral 2050 plan are as good as nothings in terms of the magnitude of the crisis we face here.

Climate change is an existential threat to the survival of our species – if the current political spectrum in NZ can’t change the hegemony then new, far more radical political solutions, will be offered to the electorate.

In the meantime, a tweet from Simon Bridges means sweet fuck all.