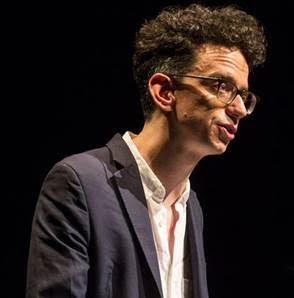 CAN A “MOMENTUM” be built in New Zealand? This, in essence, was the question posed by millennial political scholar extraordinaire, Max Harris, to the sixty-or-so leftists who showed up at the Kai Pasifika restaurant on Wednesday night (30/5/18) for the welcome return of Laila Harré’s political “salon”.

The question is important because, as Harris made clear, it is the 30,000-strong Momentum movement which can claim most of the credit for propelling Jeremy Corbyn to the leadership of the British Labour Party, and most certainly it is Momentum which is keeping him there. Harris, himself, seemed less than optimistic that such a movement could get off the ground in this country, citing the profound depoliticization wrought by 30 years of extreme neoliberalism. Not helped, he might have added, by the New Zealand Labour Party (NZLP) hierarchy’s ingrained hostility to “Corbynism” and all forms of “bottom-up” organisation.

The reason for that hostility may be traced back directly to the 1989 split in the NZLP, when hundreds of left-wing activists followed the late Jim Anderton out of the organisation to form the NewLabour Party (NLP) – later to become a dominant force in the Alliance. The centrists who remained in the NZLP never forgave their erstwhile left-wing comrades for leaving them alone with the Rogernomes (who themselves decamped to form the Act Party in 1994). The key consequence of these centrists’ political traumas was that, throughout the 1990s and well into the 2000s, the NZLP’s default ideological setting was a rather bloodless version of Tony Blair’s “Third Way-ism”.

It is interesting to speculate what might have happened had the NZLP not split. Would the enormous energy and imagination that went into the formation of the NLP, and then the Alliance, have been devoted instead to hurling the neoliberal cuckoos out of Labour’s nest? Could New Zealand have given birth to its own intra-party generator of left-wing organisation and power a good twenty years before the British Labour Party generated its own Momentum?

The answer is – probably not. The extraordinary fact remains that it was the NZLP which accepted the task of introducing neoliberalism to New Zealand. In so doing it denied itself the historic role of leading the fight against it. The contrast with the British Labour Party, whose members waged a long and bitter struggle against Thatcherism, is a stark one. After eighteen years in the wilderness, Tony Blair may have been able to overlay his Third Way message on the British Labour Party, but its deep-in-the-bone hatred of the Thatcherite project was ineradicable. Had it not been, Momentum and Corbyn (who, almost alone, kept the flame of Labour’s core values burning for more than thirty years) would have had nothing to work with.

Notwithstanding British Labour’s proud history of resisting Thatcherism, Blair’s capture of the party’s “commanding heights” in the mid-1990s allowed him to populate Labour’s parliamentary contingent with careerist clones of their master and his minions. Corbyn undoubtedly faces powerful opponents in the all the usual bastions of the British establishment, but his bitterest enemies continue to be seated behind him on the Opposition benches.

Had Anderton and the Labour Left stayed put in 1989, and then flexed their muscles in the aftermath of the fourth Labour government’s inevitable defeat in 1990, the party would still have split. A good proportion of the caucus and much of the organisational hierarchy would have refused to accept a left-dominated NZLP. The legal battle over who had the right to call themselves the Labour Party would have raged on for months – possibly years. There would have been no winners.

The depoliticization of New Zealand society which Harris noted in his address was inescapable either way. It is simply not possible for a party of the Left to oversee the imposition of policies which the Right could only have introduced with the assistance of policemen’s truncheons without fundamentally deranging the entire political system for at least a generation.

As one of the most articulate and progressive representatives of “Roger’s Children” – those young New Zealanders who have grown up knowing nothing but neoliberalism –– Harris is constantly searching for the raw materials with which to launch in his own homeland the same sort of fightback made possible by Corbyn and Momentum. With the Alliance dead by its own hand, however, and with the NZLP allergic to “Corbynism” in all its forms (who was the one person Jacinda didn’t exchange public kisses with on her triumphant European tour?) the chances of building a Kiwi Momentum here are heartbreakingly slim.

Harris’s “politics of love” will require a very different vector. One which, given the history of Aotearoa-New Zealand, is most unlikely to have anything British about it at all.