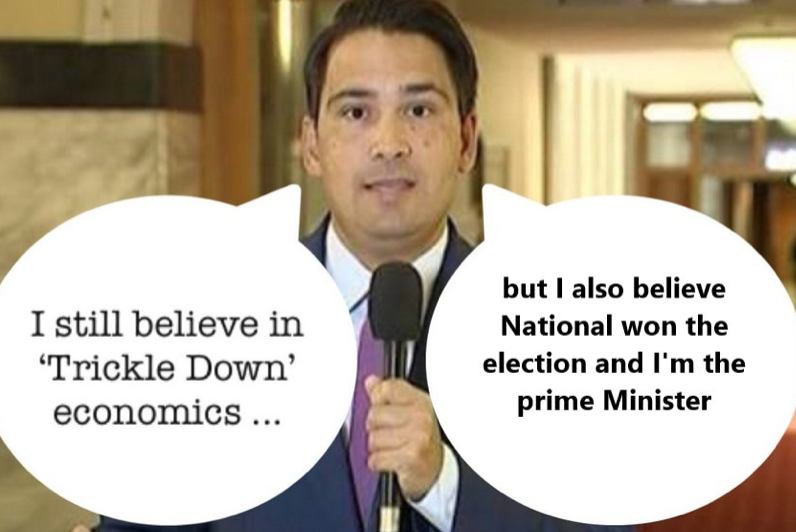 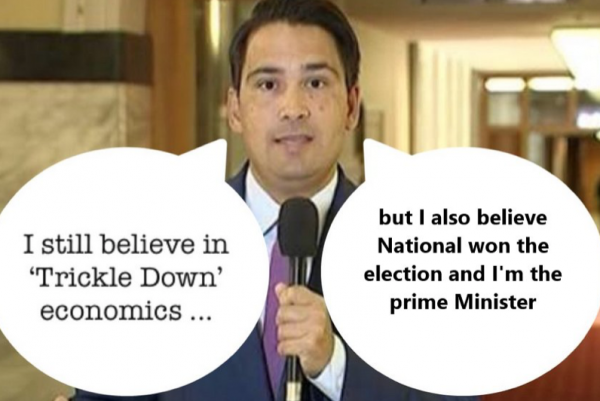 When the Leader of the Opposition can claim on TV that ‘trickle down’ works, you know we are a country still in the grip of neoliberal culture.

There’s a lot that is positive in this budget, let’s not allow the perfect to eclipse the good here, but we also need to acknowledge that the budget is just lite blue and no where close enough to where progressives needed it to be.

We all want to forgive Labour for destroying NZ with their neoliberal revolution in the 1980s, but if we were honest about the Helen Clark years, they were just a continuation of the neoliberalism of Lange without the radicalism. Because the Left have intellectually been decimated by neoliberal identity politics that erodes solidarity, there is no actual intellect on our side who can counter argue the impact of neoliberal economics, and if there were someone who could, the chances are they would be a white cis-male and that wouldn’t be acceptable to the current progressive diaspora. So we are adrift working under the hegemonic structures of the free market with no intellectual economic counter punch the way Bernie Sanders or Jeremy Corbyn have managed. We had hoped Jacinda would be a break from that neoliberal hegemony, this budget shows we aren’t even ready to formulate a counter argument against neoliberalism yet.

2: The Government is still not in actual control of the levers of power

Because Labour believed they had lost on election night, and because the entire Jacinda experiment was cobbled together at the last minute, no one on the Left was actually planning what needed to be done the very second they became the Government. There was no and is still no decisive plan to purge the public service of the right wing acolytes who pollute every level of it and make it such toxic environments. This Government still has no idea of how to push reform through the right wing public services and are so terrified of annoying the PSA they are impotent. The only Party who understands this dilemma are NZ First. To think a progressive Government could get policy through right wing public services is delusional and we see that in this budget.

3: The global economy is about to meltdown, climate change catastrophe is brewing and there is a looming magnitude 8 earthquake due

The one area where Grant can be congratulated is in holding back cash for the rainy day that everyone believes is coming. The next global financial crisis will be a depression, just think about that for a moment. Neither Boomers, Gen Xers or Millennials have ever experienced a depression, they have no point of reference for such an enormous event. You think Millennials bitching about micro-aggressions and the price of avocados on toast is annoying now, wait till real economic pain occurs. Likewise we have a magnitude 8 earthquake due and the anomalies that can be caused by climate change from extreme flooding to extreme drought need to be factored in. This budget gives the new Government some breathing space when the shit really hits the fan.

This budget highlights the Left in NZ don’t have the intellectual firepower to counter the neoliberal hegemony and that the levers of power within Government are still held onto by a right wing public service the Government are too frightened to upset (Labour’s capitulation on TPPA is evidence of that). Labour have attempted to inoculate themselves from a racist backlash by taking funding for Māori and reinvesting it into universalisation of services but when those right wing universal services are so crooked, it’s a hard sell. The one saving grace is that Grant has prepared the country for the next shit storm, it is my argument that when that shit storm hits, we will see Grant, Jacinda and Winston rise to the occasion.

When the Leader of the Opposition can claim on TV that ‘trickle down’ works, you know we are a country still in the grip of neoliberal culture. The Left has become so distracted by Identity Politics they don’t have an economic class response to counter neoliberalism and Budget 2018 is the perfect example of this.