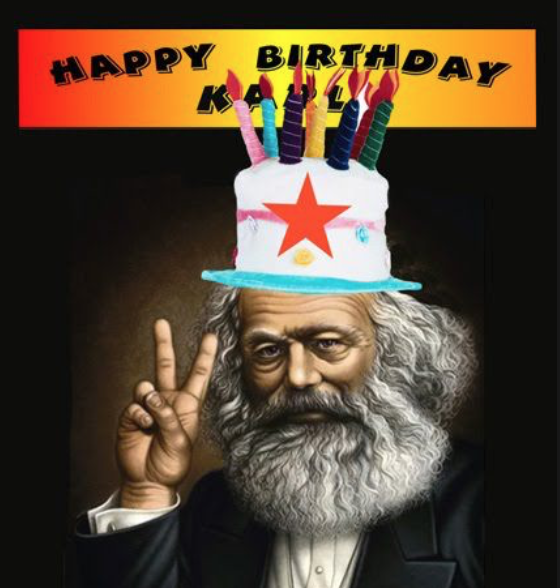 May the fifth marks the 200th birthday of Karl Marx – philosopher, political economist and revolutionary. A few days before the celebrations begin he granted this extraordinary interview at an unnamed ale house in Auckland. 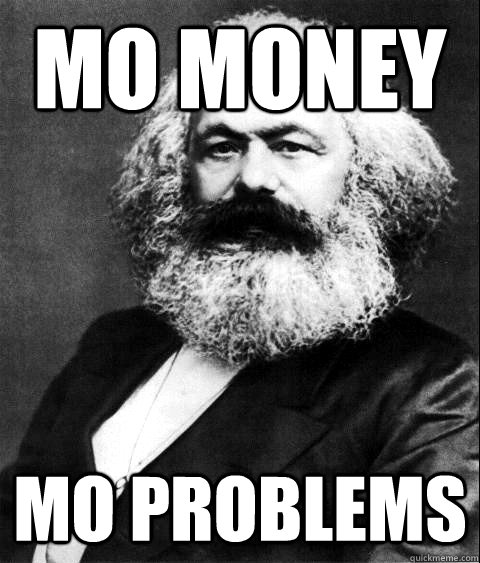 WH: How amazing to see you after all these years. How have you been keeping?

KM:  Well, I`m a bit ghostly as you can see, but apart from that I am my usual energetic and cantankerous self.

WH: So, now that you are here what do you have planned?

KM: Well, it seems there are celebrations, exhibitions, public events and conferences all over the world. Thought I would drop in wherever possible and liven up proceedings. Did you see that in Manchester there’s a pub crawl covering all my old drinking haunts. Imagine the commotion when I turn up. When the excitement dies down they can buy me a few rounds. I usually get Frederick to do so but I haven`t been able to get hold of him.

WH:  But what brings you to New Zealand in particular?

KM: In my earlier life I did take an interest in New Zealand. It was through Edward Wakefield`s writings. He thought that systematic white settler colonialism would undermine the prospects of socialist revolution in the United Kingdom. My discussion of Wakefield is in chapter 33 of Capital Volume One, it’s worth a re- read if you want to get a grasp on your country`s colonial history. Wakefield was a greedy property speculator of course, similar to the ones that are buying your land now. Still, I found his work interestingly symptomatic of the bourgeois fear that laissez faire capitalism was unsustainable and that a working class revolution might be possible. This was a central theme of ‘The Communist Manifesto’ which I wrote with Frederick back in 1848. Surely you recall reading the first sentence – ` A spectre is haunting Europe….` (Marx laughs uproariously)

WH: Ok point taken, what are your views on New Zealand today?

KM:  I`m truly grateful to New Zealand, honestly. Since 1984, the wealthiest bourgeoisie and their political lackeys have inadvertently verified one of my key ideas – immiseration. In the ‘Communist Manifesto’, Frederick and I stated that capitalism was moving to a two class system based on the immiseration of workers. Well, later on, the social democrats and their bourgeois backers laughed at us. In your country, from 1945 to about 1980, working class  incomes improved, full employment was the norm and a universalist welfare state was established. (Marx stands up, gesticulating and raises his voice).  Where are all those achievements now? They have gone, destroyed by the very party that brought them into existence. The rate of wealth and income polarisation over the last 30 or so years has  been incredible. Immiseration is utterly entrenched and squalor is everywhere – city streets, rural towns, prisons,  underfunded schools, decrepit hospitals, unaffordable housing – need I go on. And as for your government, locking themselves into a so called Fiscal Responsibility Act originally pioneered by one of the most anti-worker finance ministers ever… well anyway I rest my case.

WH: What about the global situation, have things turned out as you expected?

KM:  Pretty much. Since the fall of the Berlin Wall and Party-state leaderships who never read my work properly,  we have for the first time in human history unrestricted capitalism across the Earth. The world proletariat has  never been larger. But, with the neoliberal roll-back of socialism and social democracy the flaws of capitalism  are starkly obvious. Stagnant economic growth, overproduction, underconsumption, massive private debt throughout the system and everyday life, financial bubbles and collapses, periodic economic crises, a truly  massive slum population increasingly angry at their plight, wanting to migrate…. Capitalism is not in great shape, don`t you agree?

WH: Well that’s a bleak summation Mr Marx ,I`ll get you another pint, but before I do, think on this. Is there  anything about global capitalism today that surprises you? Are there developments which you under estimated or got wrong?

KM: Well, the wholesale financialisation of capitalism is pretty remarkable. In Capital Volume 2, I explained how merchant capitalists purchased commodities cheaply and sold them at a profit and how money lenders and speculators employ money to create monetary profit. All of this occurs independently of the production process. I was also aware that using money to make more money often entailed financial expropriation and  usury. Just take a look at the relevant passages in the Gundrisse, Capital Volume 3 and Theories of Surplus  Value. What I didn`t anticipate was how globally pervasive and entrenched money-money profit circuits would become. Sub-prime, securtisation of debt, financial derivatives, shadow banking, highly leveraged speculation….  Just unbelievable, and, I might add, unsustainable. The 2008 financial crisis is just the beginning. (Marx stands up again, a little unsteady and points his finger at me). But this is not the half of it! There are massive ecological problems which capital is making worse such that its own future is uncertain. One of my interpreters, Jason Moore, puts it very well  when he says that the `four cheaps` of historical capitalism – cheap labour, cheap food,  cheap energy, cheap raw materials are becoming less available. No more new worlds to plunder, no more primitive accumulation to exploit, there is no longer a yet-to-be-discovered there out there. Not to mention the blowback effects of fossil fuel capitalism and global warming, I mean it’s true that I write about soil exhaustion and the destruction of nutrient cycles in Volume One in regard to the US cotton industry, but the planetary scale of what has happened since leaves me breathless… (Marx sits down and takes a breath).  Where’s that pint, it’s your round…

WH: Mr Marx, we`ve talked about capitalism but there’s an elephant in the bar, so to speak. What about socialism, that revolutionary hope in the Communist Manifesto hasn`t really been fulfilled. What are the prospects today of  a future beyond capitalism?

KM: Well let’s get to your last question first. There’s a future beyond capitalism all right but if it isn`t socialism it’s  going to be something pretty unpleasant like fascism and barbarism. I can thank Rosa, Rosa Luxembourg for this insight and she wasn`t far off the money, so to speak. The failure to find a European socialist path after the Great  Depression gave us Nazism, World War Two and the Holocaust. I`m afraid I see the prospect of fascism again in  some countries – Hungary, Austria, Poland  and, don`t get me started on that buffoon in the White House – tragedy and farce rolled into one. Now I should point out that nineteenth century capitalism did produce an international socialist movement which had an historic impact throughout the world. Now that the monstrosity of Stalinism is behind us and capitalism in its pure form is brutally apparent it’s time for a new International. There have been positive signs before and after the 2008 financial crisis – factory uprisings in China, the Occupy movement, the 2011 mass protests in the Middle East and North Africa. And, I must say I`m looking forward to catching up with Jeremy Corbyn and Momentum activists in a few days’ time. Yes, I know all of this is fragmented and that transnational synchronicities of mass action are required. But, I`ll tell you this, with the next financial crisis likely to be devastating, all cards are on the table. I must also concede that some of the eco-socialist initiatives coming out of the climate justice movement look very promising. Local co-operatives in urban and rural settings building food security networks against agri-business have more support from me now than I would have given 150  years ago. And, as for robotics and other labour saving technologies, the potential leisure time that is freed up belongs to the whole of society. That would have to be a socialist society free from capitalist forms of  alienation.

KM: No, I`d better be off, I have other people to visit while I am here.

KM: Well, not so much a visit, more of a visitation. I`m off to frighten Michael Bassett, Mathew Hooton and a few other neoliberal true believers that I have on my list. This time around it is myself, my writings and legacy that are doing the haunting. Please don`t tell them I`m coming.

(Marx laughs heartily, quickly stands up and leaves the bar through the back entrance. I look at the clock, a bell rings, the bar is about to close) 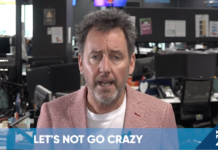 Why Jacinda MUST keep us locked up for 6 weeks