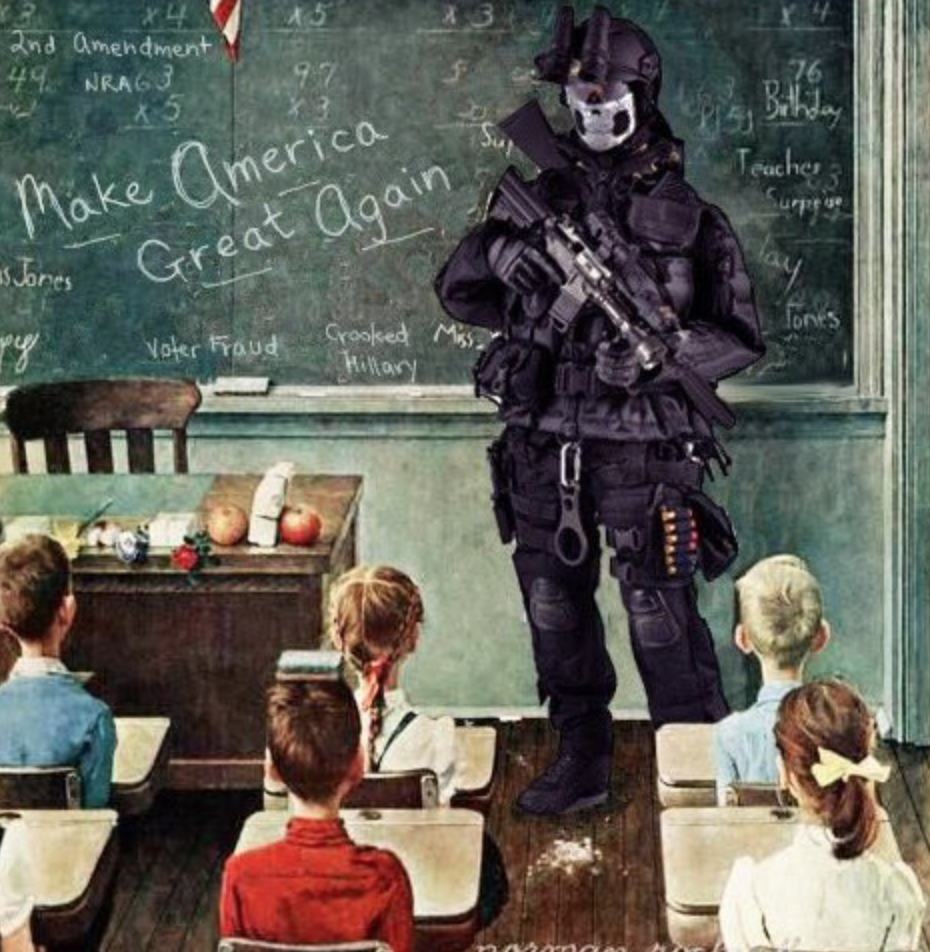 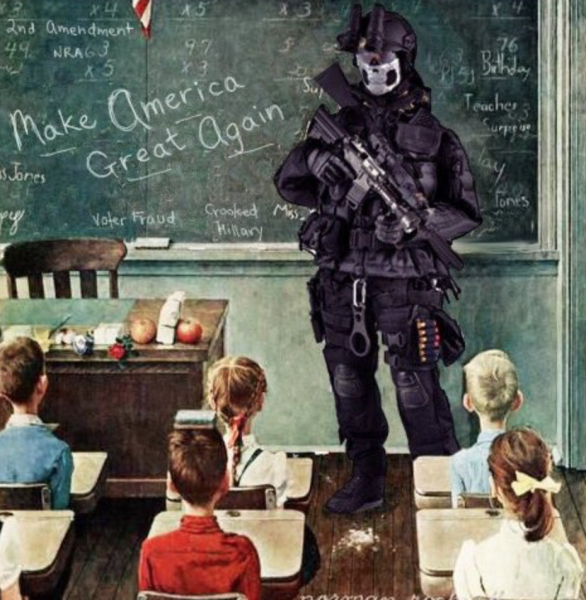 It was reported recently that hundreds of schools are paying a private organisation to receive ‘lockdown training’.  The rationale is that schools need to be prepared for anything under health and safety law. The cost is $2,000 to $6,000 for initial training and an undisclosed sum for annual updates.

So taxpayers are forking out for a private agency to rake in a nice little fee, in total around $1 million per year in income, to teach children drills for when they are attacked in the classroom/ school environment.

I see the point of pupils knowing how to react if something happens.  In most cases, actually, the ‘drop, cover, hold’ rules of earthquake reaction is the best response. What I don’t see is why a security agency should be employed, unless schools in New Zealand are thinking that they are about to get targeted by a mad gunmen.

I am not saying this could not happen.  With the rise in mental illness in the community, especially here in Christchurch, such a scenario could occur.  Down here, we do not forget that man who stormed into the Ashburton Work and Income office and vented his frustrations in a hail of deadly fire.

But my view is that the risk is not big enough, or proximate enough (the two criteria under the law), to warrant schools spending up on this kind of security training.  They should do it themselves as part of a ‘keeping ourselves safe’ module. In short, I think teachers should be doing this with children, not an outside agency.

Another reason for this, apart from the cost, is that children should not be taught that their community is full of risks that they need to repel.  If the risk is a swarm of bees from local apiaries, then get the beekeepers in (or go and visit them).

I was also shocked to hear about the kitset gun safes being touted to early childhood centres. Guns and the under-fives should not co-exist in any form.  At all.

As my avid followers (hi, both of you) know, I have waged a campaign for years over the provision of licensing and public funding of private schools which teach loony and dangerous ideas to young people.

Education is a powerful tool.  It can be used for emancipation or for indoctrination. Some reasons for setting up private schools are because communities do not want to expose their children to mainstream values.  Sometimes these groups are ‘creationists’ who reject the theory of evolution the underpins science teaching. Such schools often use the bible, and especially the Old Testament, as if it were a textbook and a plan for modern life (and such a brutal text it is).

I have been particularly upset that the school at Gloriavale has been endorsed on numerous occasions by the Education Review office.  The main criterion ERO brings to private school review is that the education provided meets the needs of the community. Thus Gloriavale School is able to ensure children leave school at age 15, that boys and girls are taught separately, girls for their domestic future in the kitchens and laundry and boys to run the farm, and that the curriculum mainly consists of mad Christian ideas with a pinch of cultist views.  This gets a big tick from ERO.

Since Lilia Tarawa’s book in 2017, which revealed in depth the warped thinking and predatory nature of the Gloriavale cult, my long-time view that the school should be closed, and that the children should therefore be required to attend the local state school, has even more weight. I am really happy for people to stay voluntarily in Gloriavale for their whole lives, as long as their education helps them understand there are other life options out there. That is ‘informed choice’

I am also aware that taxpayers fork out around $200,000 per year to that place to educate young minds on fixed gender destinies, low aspirations, that God made the world in six days literally, and that woman are to be subject to men and to the cult leaders.  It is pretty unbearable, really.

The new government needs to review the guidelines around inspecting private schools, close the most harmful of them (only a handful) and base decisions on not that the community is happy with a school, but that the pupils are getting a full education devoid of wacky beliefs.