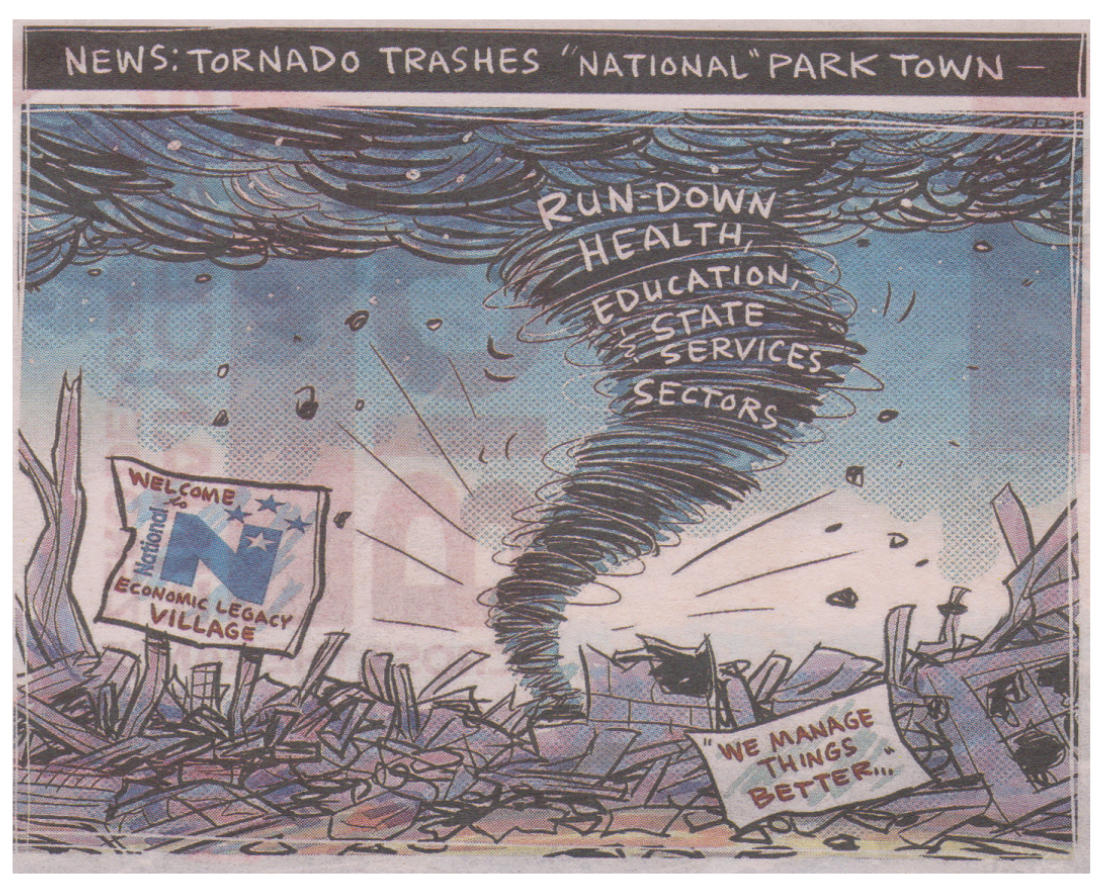 Can this political cartoon from a Fairfax community newspaper  be the most insightful and damaging to National, ever penned?

After all the criticisms; all the protests; all the thousands of media stories; and seven years of blogging from myself – it all comes down to one searingly scathing cartoon.

The scandal of rotting hospital buildings and thousands suffering on waiting lists for surgery may prove to be the the beginning of the deconstruction of the myth of National’s “reputation as a responsible fiscal manager”.

The reality is brutally simple. So simple that even the most low-information voters should be able to comprehend: National won elections not on any fiscal responsibility – but by bribing the electorate with tax cuts.

Unfortunately, it may take a while for it to sink through to New Zealanders that we cannot expect a Gold Standard of public services – whilst paying only for a cheaper Bronze-plated level.

We get what we pay for.

Fairfax media:  Over 5000 at risk of going blind waiting for treatment, Ministry of Health says