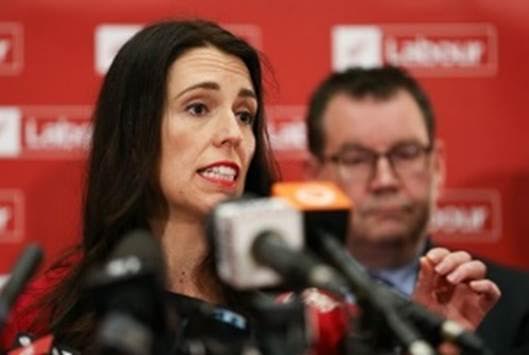 FEW WOULD ARGUE that journalism is not in crisis. Beset by the manifold challenges of a global on-line culture, journalists struggle to keep pace with the demands of readers, listeners and viewers whose tastes they once led but now must follow. The mainstream news media’s dwindling share of the advertising dollar drives it inexorably towards the sensational, scandalous, salacious and bizarre “clickbait” upon which its profitability increasingly depends.

For political journalism the consequences of these trends have been particularly dire.

Prior to the arrival of the Internet, the coverage of politics by the mainstream media, like its coverage of the arts, was seen as a necessary and important contribution to the well-being of the community. A well-informed electorate was widely accepted as an essential prerequisite to the proper functioning of the democratic process. Covering politics soberly and comprehensively what just one of the many important services provided by the mainstream news media in return for the rivers of advertising gold flowing into its coffers.

As the revenue required for this sort of disinterested political coverage diminished, the mainstream news media was confronted with a very different set of imperatives. Political personalities and events, which had formerly provided the raw material for professional political journalists’ speculation and analysis, underwent a dramatic transformation. From being the subjects of political journalism, politicians and their actions were becoming, instead, the drivers of it.

Readers, listeners and viewers were interested in politics, but only on their own terms. Political journalists whose copy failed to both reflect and amplify the prejudices of these mass audiences required the most steadfast of editors to keep their words in print; their voices and images on the airwaves.

How did the mainstream media’s consumers perceive politics? Overwhelmingly, they perceived it poorly. As the “more-market” polices of the 1980s and 90s became bedded-in; and as political practice – regardless of which party was in power – took on a dismal and dispiriting sameness; the voting public’s respect for politicians (never all that high) sank even further. Increasingly, politics came to be seen as something which politicians did to – rather than for – the people.

Regardless of party, politicians were in it for what they could get: and what they most wanted to get was power. Those who attributed noble motives to politicians were mugs. It was all a game. It was permissible to admire a politician for how well he or she played the game – but not for any other reason. And the measure of political skill? The opinion polls.

The medieval saying Vox populi, vox Dei (the voice of the people is the voice of God) was re-worked by political journalists to read: The results of the polls represent the opinion of the people, and the opinion of the people is the only thing that counts. It was a formulation that removed from political discourse every other criterion by which the voters could judge the political performance of their elected representatives. In effect, the political journalism of cynicism and suspicion had trapped them in an inescapable feedback loop. If a political party was losing support, then that was only because it was failing to give the people what they wanted. What did the people want? Whatever the political party ahead in the polls was offering them.

The other rule-of-thumb by which political journalists were now encouraged to operate was the rule that told them to regard every person in a position to wield power over others as automatically suspect. Since most people are not in a position to tell anyone what to do (quite the reverse!) this mistrust of authority allowed political journalists to cast themselves as the ordinary person’s champion; their courageous defender; their righter of wrongs. Which meant, of course, that they had constantly to be on the lookout for wrongs to right.

Sensationalism and scandal-mongering thus became the bread-and-butter of political journalism. Politics was reduced to an endless struggle between the good-guys (us) and the bad-guys (them). Complexity and nuance just got in the way of relating this Manichean struggle between darkness and light. All the punters were required to remember was that all politicians are driven by the will to power; and that all governments are out to get them.

Does it help to sell newspapers? Does it boost radio and television audiences? Of course it does. Human-beings have always been easy prey to those who insist that individuals and groups who thrust themselves forward to the front of the crowd are not to be trusted. And, of course, they’re right to be suspicious: not everyone who claims to have our interests at heart is telling the truth. And yet, the political journalism of cynicism and suspicion cannot, in the long-run, be constitutive of a healthy democracy.

Sometimes those in power are genuinely bad, and those seeking to turn them out of office are motivated by an honest desire to put things right. But, if political journalists are no longer willing to recognise any politician and/or political party as a force for good, what then? If their profession has become nothing more than an endless search for scandal and the abuse of power; if even the possibility that a politician might be idealistic and well-intentioned is rejected with a cynical smirk; then the always difficult process of implementing progressive political change will become next to impossible.

The tragedy of our on-line culture, is that to remain profitable the mainstream news media has little choice but to alarm, outrage and inflame its audiences. “If it bleeds it leads” turns tragedy into journalism’s most negotiable currency. For a news media on life-support, there is simply not enough clickbait in the stories generated by a properly functioning democracy. For the foreseeable future, therefore, the only news fit for political journalists to use – will be bad.