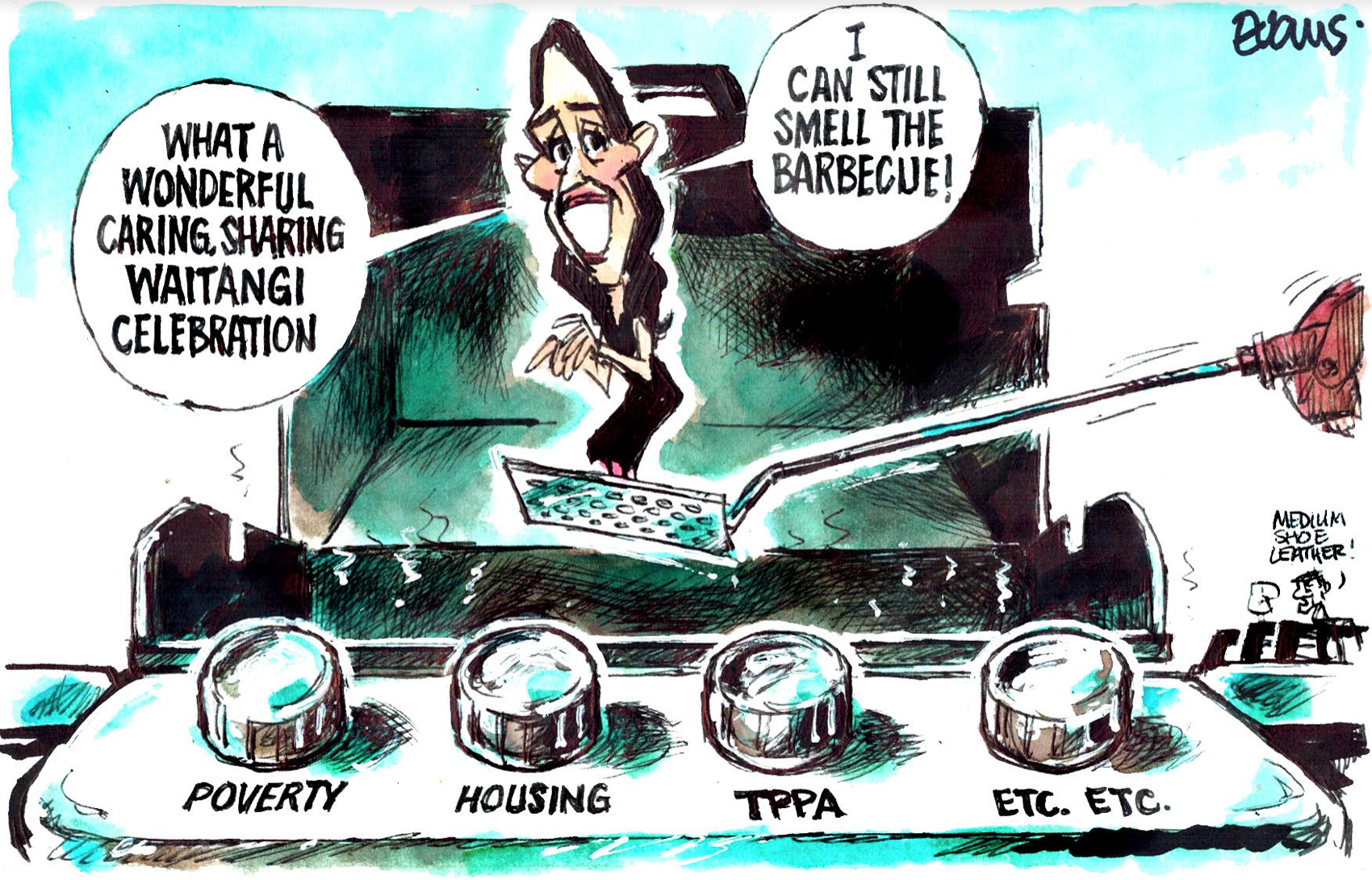 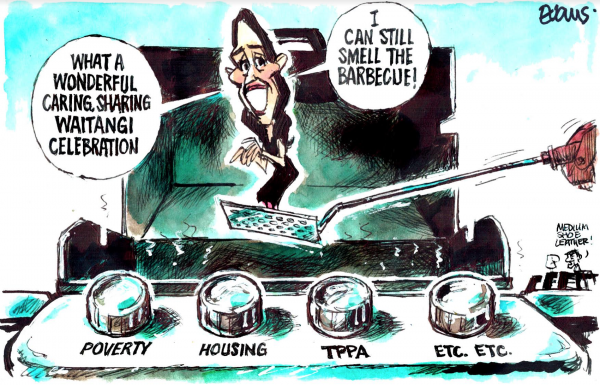 These were not openly ideological documents.

Indeed the very idea that the country could plan for its future now seems quaint. However, the general tenor was clear – the then way of doing things was unsustainable, the New Zealand economy would need to restructure and the general population would need to `tighten their belts`  and `live within their means`.

By the time of Labour`s 1984 election triumph the official rhetoric had sharpened – since 1935,  supposedly, runaway regulation and state interventionism had stifled the economy; deregulation and market forces were logically necessary.

This diagnosis and prescription was easy to sell at the time because the rejection of  regulation was  equated with the demonization of Muldoon.

The push toward deregulation and market forces was , initially, obscured by David Lange`s oratorical declarations about new beginnings and national consensus.

Now, in 2018 we have reached a real turning point, not just an ideological version of one advanced to justify the unequal impacts of economic restructuring.

Our newly elected government half understands this.

Prime Minister Jacinda Ardern  intuitively  grasps the brute realities of child poverty and struggling families .  She and her Ministers will have read the Salvation Army`s State of the Nation report (Kei  a Tatou   It is Us) along with the recent New Zealand housing stocktake report written by Alan Johnson, Philippa Howden –Chapman and Shamubeel  Eaqub.

So far, though,  I don`t see much joined up thinking.

What is the connection between different economic and social indicators? On the basis of such evidence what does our society look like?  And, what will be our future if comprehensive countermeasures are not forthcoming?

These are indicators of extreme wealth polarisation rather than just social inequality.

Meanwhile , a recent New Zealand Herald story from Jamie Gray  revealed that in 2017  the major banks delivered their largest profits in 30 years.

Together, the ANZ, BNZ, Commonwealth Bank of Australia and Westpac produced a $451 million increase in net profit from 2016 to 2017.

Similarly, over the same period the Bank of China in New Zealand increased profits by 136 per cent.

For the China Construction Bank and the Industrial and Commercial Bank of China these figures were 138 per cent and 139 per cent  respectively (NZH `Bank profits the highest in 30 years` Feb. 14 B 1).

As  Brian Gaynor has noted most of these profits are repatriated and are reflections of growing inequality  in New Zealand society.

For example, in 1989  75 per cent of the ASB was sold to the Commonwealth Bank of Australia for $252 million, they purchased the remaining 25 per cent for $560 million in 2000. The sale proceeds were used to fund the ASB Community Trust, which donates to  arts and culture, health, learning, recreation and sport .

However , Gaynor remarks (as he did at the time), that ASB ` donations would be far, far greater if it had maintained control of the bank`   ( NZH `Fletcher`s Norris  a victim of his own success?` Feb. 17  C3).

Large and medium sized investors routinely use substantial bank borrowings to build portfolios ,buy properties and flip them in order to profit from a rising market.

This a major driver of housing unaffordability, alongside the declining availability of state housing and the costs of renting (the Accommodation Supplement is a subsidy for landlords).

According to the housing stocktake report mentioned earlier,  house price inflation nationwide  has increased by around 30 per cent over the last five years, income rises were about half this rate.

In Auckland the figure for house price increases was 65 per cent. Worsening  homelessness  also reflects declining job and income security.

Of  all New Zealanders fifteen or over,  approximately 16 per cent  live precariously – as unemployed, temporary employees and/or  beneficiaries. This amounts to 606 000 people  out of an adult  population of  3.53 million.

Although these are 2014 figures the general social picture is inescapable – huge segments of the population cannot sustain a decent existence.  These and other related findings can be found in Shiloh Groot et al  `Precarity :uncertain,insecure and unequal lives in Aotearoa- New Zealand` (Massey University Press 2017). T

These statistics correlate, disturbingly, with a rising prison population which is predominantly Maori.

The numbers presented here, and their  basis in authenticated research, points to the necessity for a  social democratic reconstruction of our society.

This is a state of emergency. If only piecemeal measures are contemplated and if the structural underpinnings of wealth polarisation are not recognised, our county`s future is bleak . Slums on the edges of our major cities, prison riots, civil unrest and a secluded one per cent contributing to charities but secretly blaming the poor for their plight.