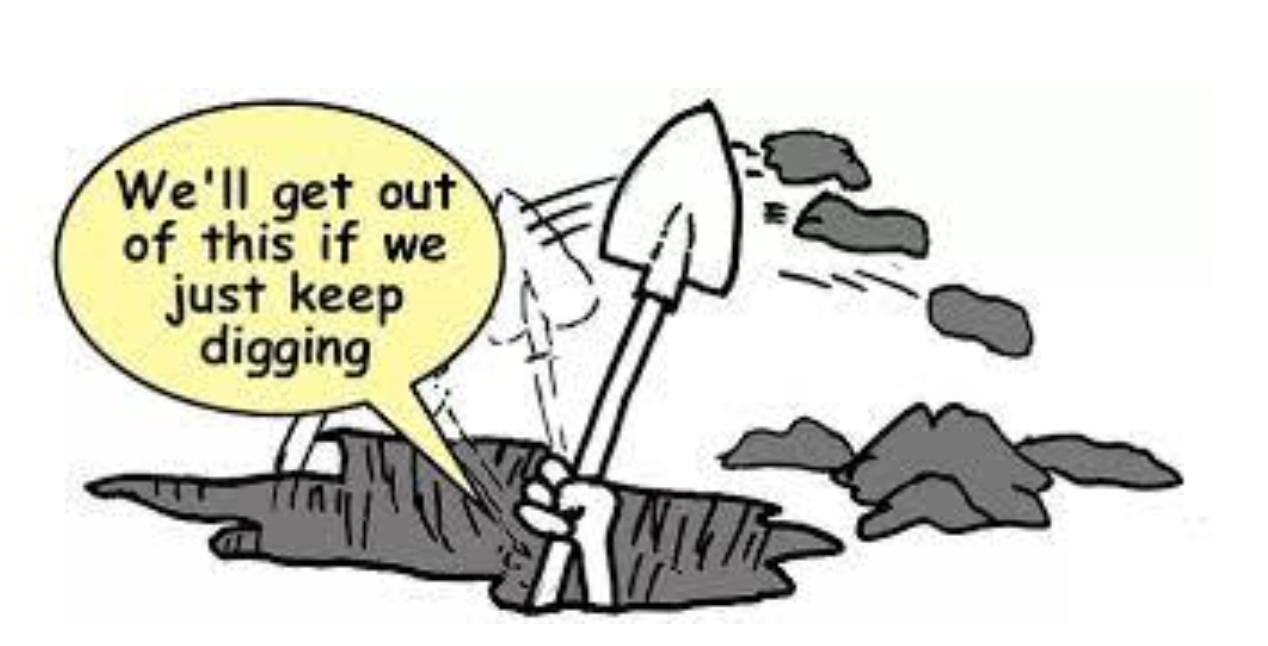 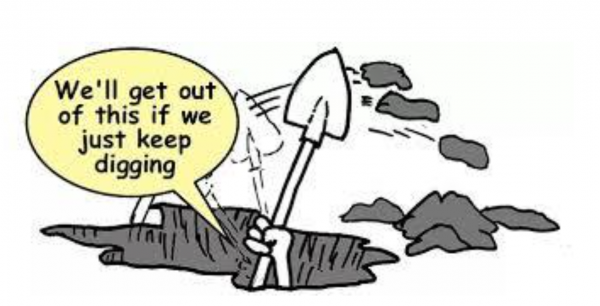 National just doesn’t get it.  Bill English’s persistence with the accusation that Labour had an $11.7 billion fiscal hole in its figures was, by far, his biggest mistake as Simon Wilson in the NZ Herald says. But did they learn? Even in the face of clear political damage they kept digging.

Now National are persisting with another blatant subterfuge: that they were the party that lifted 85,000 kids out of poverty and that they are much more ambitious in their goals to reduce child poverty than Labour.

So in the debate this week on the first reading of The Child Poverty Reduction Bill, the opposition continued to dig themselves an even deeper hole in speech after tired, self-justifying speech. Paula Bennett, Michael Woodhouse, Louise Upston repeated the mantras that they alone were the caring ones.

Looking at that one measure over a different time period tells us a very, very different picture about the success of that last Government’s approach to child poverty. …That Opposition’s measure should have been from when they came into Government to the end, and they should have been looking across different measures like this bill will set up, because if they had, and were completely honest about what had happened, then they would have admitted that the latest household income survey showed that the number of children living beneath 60 percent of the median wage, after housing costs, which is the relative income poverty line, is now 290,000—30,000 more than in 2008. Most importantly, between 2008 and 2016, the number of children experiencing the most severe poverty rose from 105,000 to 140,000. So the point of this bill is to have a suite of measures—a comprehensive look at how we are doing, to stop Governments cherry-picking numbers that put rhetoric and their own political ambition ahead of the well-being of our children.

As Jeni Cartwright says in her blog Confusion reigns on measurement of Child Poverty – THANKS BILL, National’s 85,000 claim is based on hardship data taken from 2011, the height of the impact of the recession rather than when National took power in 2008.  Also the reduction in the last few years has a lot to do with the stepped up role of private charities, who fill some of the gaps reducing measured hardship. These are stop gaps measures.  Reports from the coal face now tell of growing food insecurity, homelessness, and families in growing desperation. Charities are increasingly overwhelmed.

Michael Woodhouse appeared to think the 85,000 was the result of National’s families’ package. He refers to the throwaway line pre-election from Bill English about taking 100,000 children out of poverty as if it constituted a real plan

While never too coherent, Paula says

The first thing is the targets. The targets are too low. To go out there and say that it’s something like 70,000 over 10 years to be doing the—and we might get to 50,000; it’s too low. It’s just simply not ambitious enough. Work out your priorities. Work out what needs to be done in your next Budget. Put that into place. Look at your debt levels. Look at what needs to be done. Follow a great example, actually, of two previous finance Ministers under National and know that you actually can put more money genuinely into tens of thousands of New Zealanders’ homes that need it.

Let’s be clear: deliberate cuts made by Bill English to Working for Families has wiped about $2.5-3 billion from the finances of low income families since 2010. Spending on WFF by 2016 was $700m per annum below the real value of WFF in 2010.  Pre-election they suddenly discovered that there was a problem and that the cuts and outright neglect had been too severe. They had the means to remedy this last year, but instead they dangled a carrot of a 2018 increase to Working Families. That is, poverty would only be addressed if they were elected. Their Families Package was minimal and their figures showed it came nowhere near restoring $700m of spending let alone making up for the lost income since 2010. Lack of indexation would have eroded this as the figure shows:

Figure Did National propose enough to restore Working for Families? 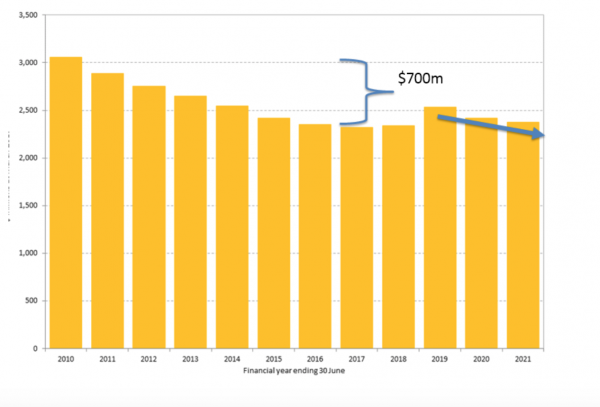 Displaying a lack of understanding of what the figures actually show, Woodhouse goes on to bluster.

Yes, there were nine years, and in nine years a far greater number of children were lifted out of poverty than at any time in this country’s history, and the previous Government was the first—it supported those families through a significant recession and then it raised benefit levels for the first time in 42 years.

The data is not yet showing the impact of the minimal benefit increase, but the evidence from the social sector is that it made very little difference.

Let’s be clear—even if some families now have shoes for their kids, raincoats and thus have slightly fewer material hardship lacks so they fall out of the hardship figures, their poverty is not addressed. Their parents don’t have enough income and as a consequence they have too much debt.  Both the hardship data and income figures have another limitation: the survey on which they are based include only families with a residential address. Growing homelessness is making this data less representative and reliable.

This government’s Family Package is a great deal more likely to impact on child poverty than was National’s. While not perfect, and is coming in months too late, and is not indexed properly, it is a much bigger package.

Under Bill’s plan, working families would face draconian clawbacks after the very low threshold of just $35,000. They had to do this to limit the overall cost of the package to pay for proposed tax cuts which were largely to the benefit of the better-off. National would have created a great deal more family poverty among working families and they had no vision or plan at all for their pie in the sky lifting 100,000 kids out of poverty.  Please stop digging Bill.