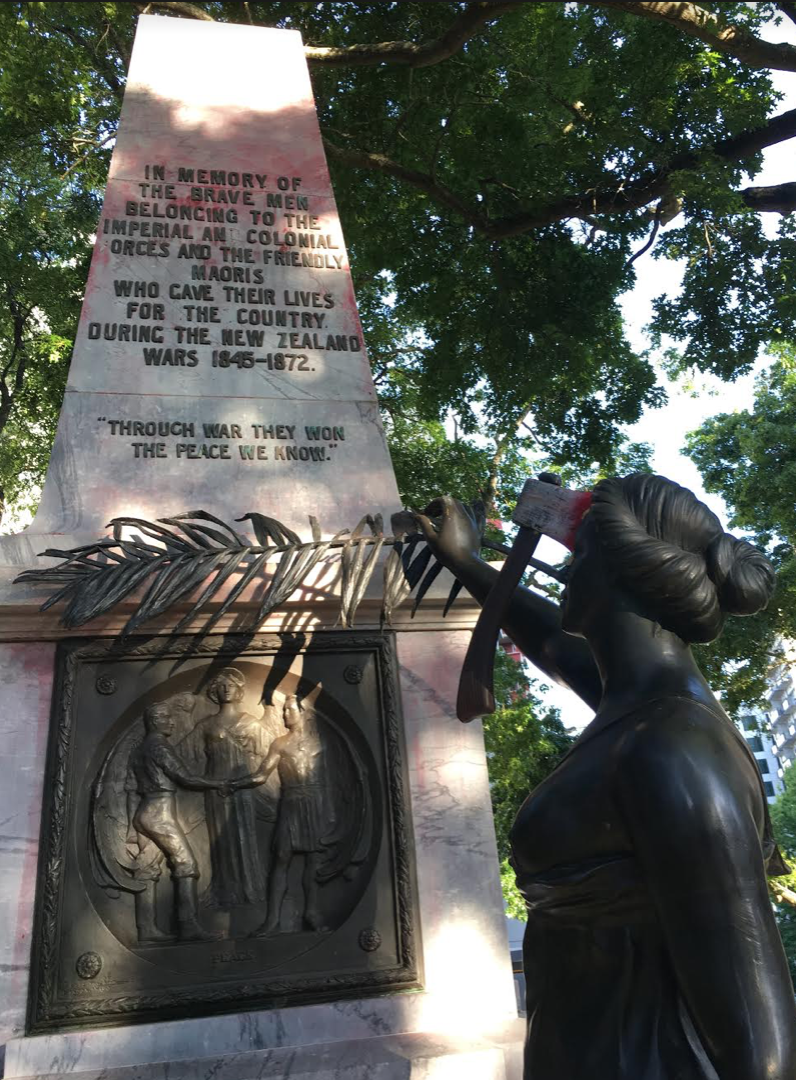 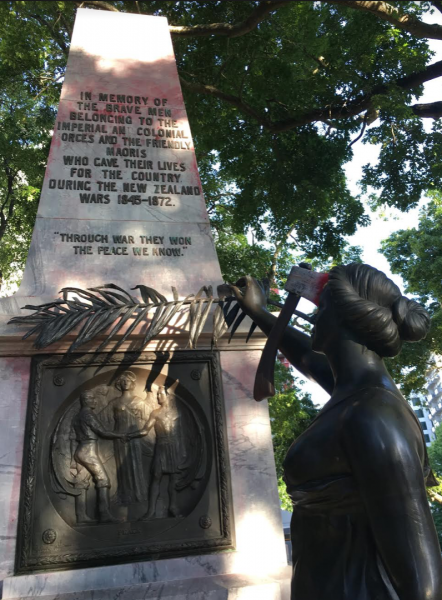 The war memorial on the corner of Symonds Street and City Road in Auckland CBD was attacked by an anti-colonial activist group in the early hours of the morning. The statue of ‘Zealandia’ pays homage to ‘Mother Britain’ a figure of British colonialism, and was erected specifically as a memorial to the New Zealand Wars. This Auckland statue is one of three depicting the figure of ‘Zealandia’ in the country, the others located in Waimate and Palmerston. The group have attached an axe to her head and a poster to the plaque that reads: “Fascism and White Supremacy are not Welcome Here.” The anonymous group taking responsibility for the attack have issued the following statement:

“The ‘Zealandia’ war memorial is an ode to the violent and brutal occupation of Māori lands. It celebrates the ongoing colonisation of Aotearoa, its lands and its peoples. The settler capitalist system imposed on this land is a poison that works to systematically oppress indigenous peoples throughout the world to the benefit of corporations and the super-rich. It is a system that is doomed to fail.”

The Memorial is a tribute to the imperial and colonial soldiers who fought for Britain during the New Zealand Wars. Taking place between 1845 and 1872, these wars paved the way for mass confiscation and forced sale of Māori lands.