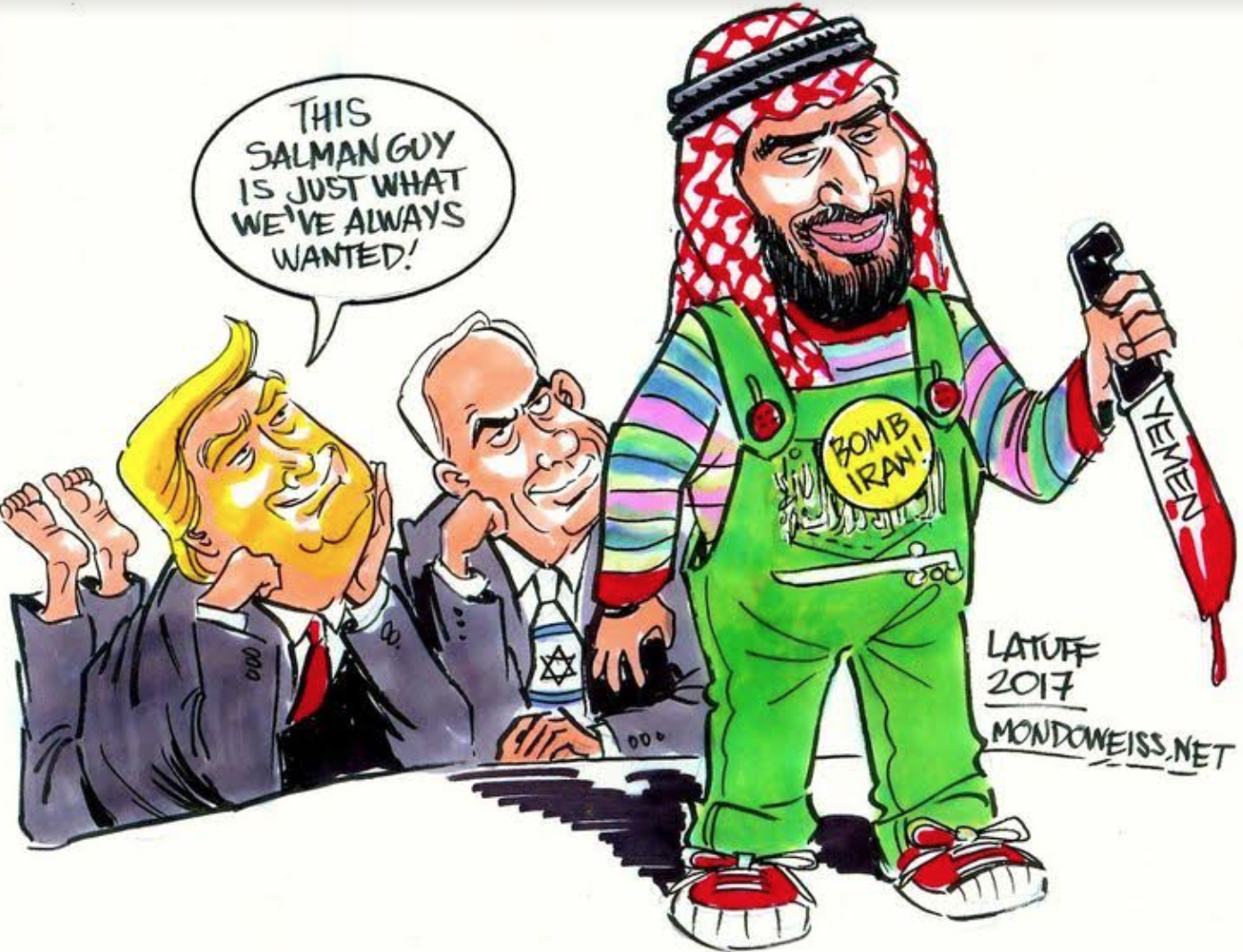 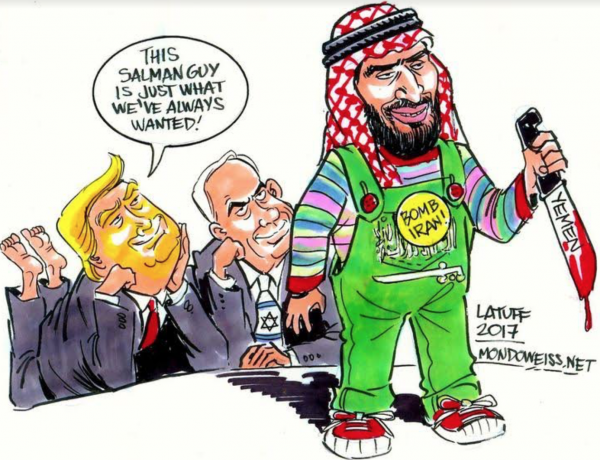 But Trump wasn’t ‘hounded out of office’. Maybe this says something about media ownership.

So Saudi Arabia is a US ally, according to the White House. Well, Saudi rulers are extremely wealthy, and they spend big on  weapons.

That was last May.

In November, an article appeared in the Christchurch Press , about ties of  friendship between the Israeli and Saudi regimes.  I wrote a letter about this to The Press, that  wasn’t published. But here it is.

“So Saudi Arabia is a ‘moderate Arab country’ according to the Israeli military (Press, 18 Nov.) Try telling that to the people of Yemen. The UN  warns that some 7 million Yemenis are on the verge of starvation. Yemen is also suffering  a cholera epidemic that has infected more than 900,000. Such is the result of massive Saudi bombing using weapons bought from the US and Britain.Now the UN reports that a Saudi embargo is blocking ships with food and other humanitarian aid from reaching Yemen. Sounds like what Israel is doing to Gaza.The Israel military commander says, “There are many common interests between us and them.” Perhaps the ‘common interests’ include a contempt for international law and the UN as well as a desire to destroy Iran, a country that hasn’t attacked another country for centuries.Benjamin Netanyahu and Mohammed bin Salman. What a pair. Maybe they deserve each other . But the world doesn’t. “

My letter raised an important question. The Israeli Embassy should be asked to clarify what ‘common interests’ the military commander was referring to.

Just a few days ago, 14 December, the US Ambassador Nikki Haley addressing an American military base in Washington DC,  declared that  the Iranian regime poses “a threat to the peace and security of the entire world…it’s hard to find a conflict or a terrorist group in the Middle East does not have Iran’s fingerprints all over it.”

The American Embassy should be asked to explain who authorized Ms Haley to make these provocative remarks. Is she calling for Iran to get the ‘Libya and Iraq’ treatment?

We here in NZ need to debate our role in the world. There is too much at stake. New Zealand should not be afraid to have an independent foreign policy. Someone must say NO to militarism , NO to war, YES to sanity, YES to humanity.