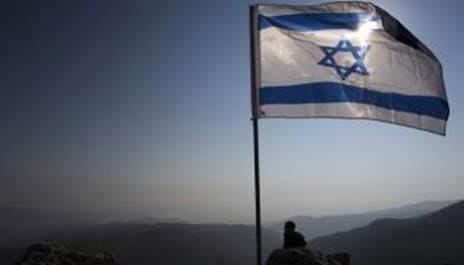 “APOCALYPSE IN THE VALLEY OF AMARGEDDON”. The Daily Blog editor, Martyn Bradbury, certainly displays a gift for evocative language! On the subject of President Donald Trump’s recognition of Jerusalem as Israel’s capital, however, I believe Martyn’s evocation of the apocalypse is premature. Trump’s decision is less a sign that Armageddon is imminent, and more a signal that the Zionists’ end-game is about to begin.

By announcing the United States recognition of Jerusalem as Israel’s capital, Trump has sent two very important messages to the extreme Zionist elements in Israeli society. The first message is brutally simple: the so-called “two-state solution” to the Israeli-Palestinian conflict is dead. The second, to the government of Benjamin Netanyahu, is that, as the political logic of the two-state solution’s demise is followed to its inevitable and brutal conclusion, the United States has got Israel’s back. Not just at the UN Security Council, but everywhere Israel needs American support.

The political logic of the two-state solution’s demise is inextricably bound up with the relentless colonisation of the West Bank by extreme Zionist “settlers”. Essentially, the so-called “settlements” were planted on the West Bank in order to render the formation of a viable Palestinian state impossible. The larger those settlements grow, the tighter the hands of Israeli politicians are bound. The political cost of dismantling the settlements has risen so high that no sensible Israeli any longer believes that a Palestinian state is achievable.

This leaves the Israeli authorities with two options. They can either continue to act as an army of occupation on the West Bank of the Jordan River: controlling every aspect of the Palestinian people’s lives, while Zionist settlements metastasise into every corner of Palestine’s shrinking body. Or, they could simply transform the West Bank into a Palestinian Free Zone.

This latter option has lain dormant in Zionism from its very inception. No matter how eloquently the partisans of a Jewish homeland reassured their Arab neighbours that they had nothing to fear from a future State of Israel, the brute logic of Zionism argued against the longevity of any such attempt at cultural and religious cohabitation. Sooner or later, the sheer impossibility of the two communities, Jewish and Arab, rubbing along together in peaceful coexistence would become apparent. And when that happened, one of those communities would have to go.

Ethnically cleansing the West Bank would, of course, be a gross violation of international law. It would constitute a crime against humanity on a scale not seen since the break-up of the former Yugoslavia, the Rwandan genocide and, more recently, the expulsion of the Rohingya people from Myanmar.

Protected by Donald Trump and the American veto in the UN Security Council, however, Israel is unlikely to much care what the world thinks or does. When all is said and done, isn’t its fifty-year occupation of the West Bank a blatant contravention of international law? And, haven’t Israel’s repeated incursions into Lebanon, and its brutal bombing of the civilian population of Gaza, occasioned many crimes against humanity?

If a decision to expel the Palestinians from the West Bank is taken by the Israeli authorities, it would undoubtedly provoke fury in the Arab world. So great is Israel’s military power, however, that launching any kind of meaningful retaliation against such forced expulsions would risk a potentially devastating Israeli counter-strike.

Some of the most extreme Zionists might even welcome an Arab attack. What better justification for levelling the Al-Aqsa Mosque and laying the foundation-stone for the Third Temple?

Certainly, the rebuilding of “Solomon’s Temple” and the expansion of the State of Israel to the full extent of its biblical boundaries would be welcomed by the tens-of-thousands of so-called “Christian-Zionists” (and fervent Trump supporters) living in the United States. In their eyes, such developments would constitute proof-positive that the “End Times” had well and truly begun.

“Apocalypse in the Valley of Armageddon” would only be the beginning.