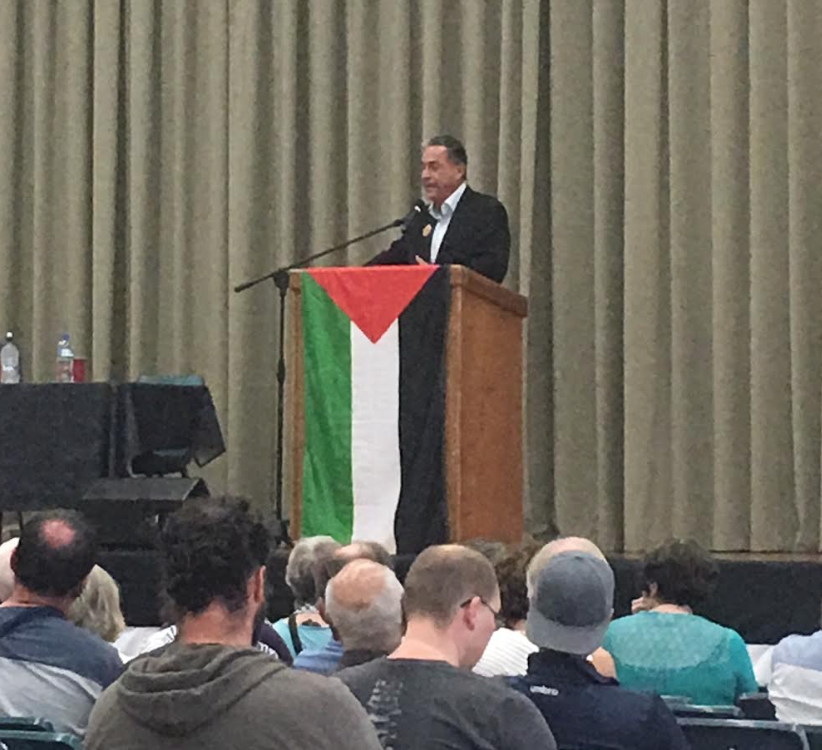 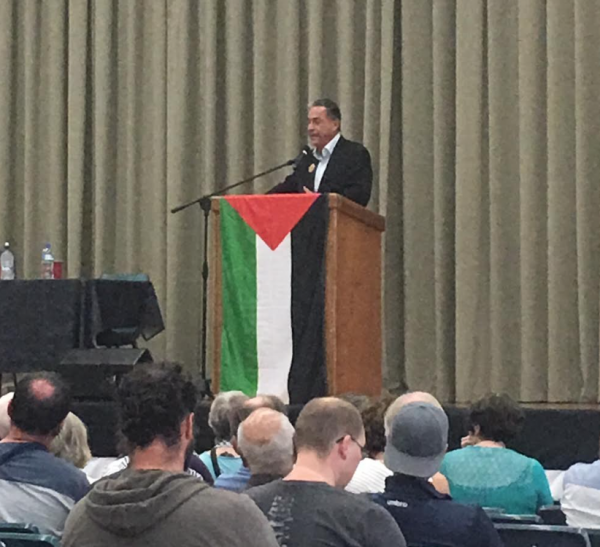 Gideon Levy is one of Israel’s most courageous journalists. As a columnist and member of the editorial board for Israeli newspaper, Haaretz, he has consistently brought the horror of the Palestinian occupation to an Israeli public in total denial of their apartheid violence.

He spoke today in the Mt Eden Memorial War Hall and managed to deeply depress and demand immediate action at the same time.

He charted his own indoctrination and then went to explore and explain that Israeli society is incapable of acknowledging the abomination that is the occupation and that Israeli’s are pathologically wilful in their denial.

His message – that Israeli society is incapable of dismantling the occupation and that the only way change will occur is by outside nations forcing that change upon Israel. He spoke positively of the BDS  (Boycott, Divestment, Sanctions) calling it the only game in town in shaming Israel into action.

Levy called the Israeli propaganda sophisticated and the fact so few young faces were present in a  seas of grey boomers spoke volumes of how effective that propaganda campaign has become.

There was much to be saddened by in Levy’s bleak analysis of how incapable Israeli’s are of humane change, but it re-inforced efforts that NZ must lead if there is to be any chance of change.