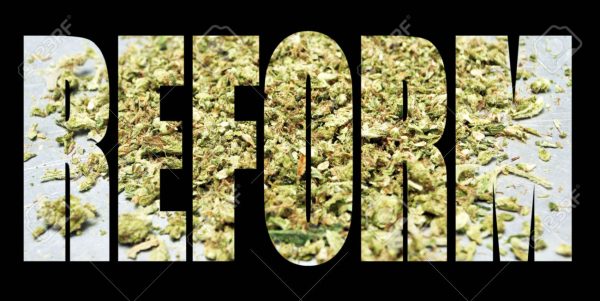 After years of denial and obfuscation by the National-led Government, this is a massive opportunity. The world is watching.

The referendum is part of the deal between Labour and the Green Party. An email to party members said:

Increase funding for alcohol and drug addiction services and ensure drug use is treated as a health issue, and have a referendum on legalising the personal use of cannabis at, or by, the 2020 general election.

The Green Party policy is to treat cannabis as a health issue not a crime, legalise personal use, home growing, medical cannabis, and move towards a regulated market like we see in many places overseas.

Holding a referendum on cannabis has long been the New Zealand First position.

It seems Winston Peters allowed the Greens to have a cannabis win as part of their confidence and supply deal with Labour, as long as it was his policy (holding a referendum) and not theirs (legalising it now).

Ideally, we should just get on with legalising cannabis now. In the time taken to run this referendum and then pass any law change, around fifty thousand New Zealanders will be arrested for cannabis, at a cost of around $1.5 billion.

Still, this provides us with a path forward, with a government supporting rather than opposing the process.

Increasing funding for alcohol and drug addiction services is a huge win – although by how much remains to be seen. Perhaps they will shift funding from the bottomless pit of law enforcement and put resources where they will better help those with drug addiction.

That is certainly implied by the statement “ensure drug use is treated as a health issue”, ie, not a crime.

This points to changes that can be made without or in addition to legislative reform, such as increased use of police diversion, changing sentencing guidelines, allowing harm reduction utensils, or even a moratorium on arrests until the referendum.

While also not in the agreement, I think Green MP Julie Anne Genter’s medical cannabis bill is likely to be supported by all Labour MPs.

Here’s what you need to know about the cannabis referendum:

It will be binding. Unlike Citizen Initiated Referendums, which are non-binding and have largely been ignored, this referendum will be binding, as is the norm for government-led referendums such as the two for changing the flag and MMP initiated by the previous National-led government.

Don’t fuck it up. If we lose, there goes any chance of meaningful reform for several decades. That’s the rest of your life, fellow Gen X’ers through to baby boomers.

We need to win big . Although 50.1% is technically a win, for legitimacy and longevity we really need a comprehensive winning margin of something like 75%. At least.

It won’t necessarily be Green policy. It could already be decided, but that’s unlikely. What gets put forward might be quite different to what the Green Party policy currently says, depending on the process followed, and especially if the public have any input.

Words make a big difference. The deal reported in the media is a referendum on legalising personal use of cannabis. What will be the exact words? There is a lot of misunderstanding around what words like legalisation and decriminalisation mean, and we know from local polling and overseas campaigns that subtle changes in terminology can make big differences. For example, “make cannabis legal” gets more poll support than “legalise cannabis” even though they mean the same thing. And what does it actually mean in terms of a law change?Logically, if using cannabis is legal they would need to grow their own, or be given it or be able to purchase it.

Poll all the options, then poll them again. Base the preferred model on what people actually prefer. Use polling to learn what is important to people and what turns them off. Build that into the model, which can be unique for New Zealand while also taking good aspects from what has worked overseas.

Be bold, but don’t overreach. The successful approach used in the US is to go for the model that polls are showing has 65 per cent support, then plan to raise that ten points during the campaign. Anything with less support will face doubts around its legitimacy, and longevity of the policy will not be assured. Anything with much higher support may have been too timid a goal and may represent a missed opportunity for getting what could have been a truly transformational policy.

Support what is better, not perfect. Don’t oppose whatever model emerges simple because it’s not your favourite choice, or it has one feature you don’t like. This is complex and no option will be perfect, but almost anything will be better than what we have now.

It will still be a lot of work. We won’t need to collect 300,000 signatures just to ask the question. But we still have a lot of work ahead of us. We can’t just expect to win. We have to campaign hard, we need to shift and solidify public opinion, we need to anticipate and neutralise the negative campaigning that will come, we need probably five hundred people working on it for the year leading up, and we’ll need a significant amount of money to run any successful campaign. Then presuming we win the referendum, we’ll still need to work to get any law change through parliament.

This will take five to six years. Moving it forward to the census in a few months is not practical, and the census is not a secret ballot so it’s inappropriate for voting especially on matters of crime or morals. With so much misunderstanding and a lack of agreement around what the preferred model should be – even among cannabis law reform circles – it may require a multi-stage process similar to the flag referendum. This involved a period of public consultation followed by expert analysis and a recommended short list, followed by a first referendum of the top four or five contenders (which could be by post, or timed for the local body elections in 2019), and then a final proposal to take to the 2020 referendum. Then a Bill needs to be passed through parliament, including a select committee inquiry and further public submissions. This usually takes 18 months to two years. It is unlikely to be done under urgency as MPs will be wary of making mistakes like they did with the Psychoactive Substances Act. It may then need regulations promulgated to provide interpretation and fine detail. This process can itself take a further two years and require further rounds of public submissions and cabinet papers. Legal wheels turn very slowly!

We’re on the road to cannabis law reform.One step at a time, we will get there.