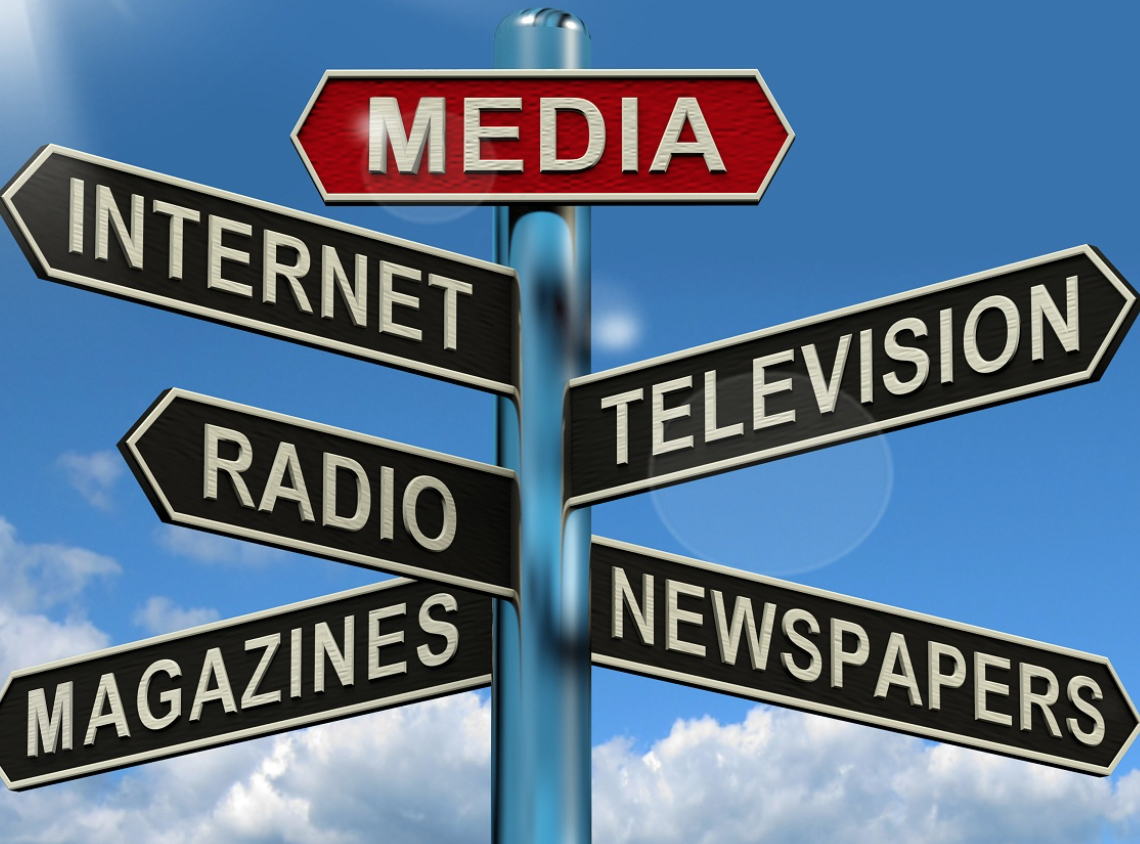 — is, unfortunately, not a headline we’ll be seeing  any time soon.

The media role is reporting post-election politics has not been an edifying spectacle to watch. Put simply, the most exacerbating aspect of three weeks of coalition negotiation has not been the length of time – remarkably short by international standards – but the interminable, inane,  media commentary we’ve had to endure.

As reported on 7 October, in lieu of any actual news-worthy stories, the msm (mainstream media) has taken to either parroting National Party propaganda on a non-existent “Teal Coalition” – or engaged in an onanistic beat up on the length of time needed for coalition negotiations.

The concept of a grand coalition? Naive in theory yes, in reality not the slightest chance.

The best suggestion for the deal that never was – but could so easily have been – was the teal coalition, the Nats and Greens.

A teal coalition could well have worked and the Greens would almost certainly have got more out of it than they will get if the nod goes their way tomorrow (or whenever Winston decides).

Although why Hosking considers a “Grand Coalition between National and Labour as “naive” without “the slightest chance” and a National-Green coalition as something that “could so easily have been” – is never explained by him. But that’s the thing with public displays of  political-porn – it requires no internal logic or consistency.

On 14  October, I watched TV3’s The Nation – expecting a one-hour long exercise in pointless navel-gazing as to who Winston Peters will “go with”.

To my pleasant surprise, adults had taken over the programme and the viewer was treated to more pressing issues;

In segment one, Lisa Owen discussed workers’ rights and workplace safety with Richard Wagstaff, Hazel Armstrong, and Jackie Blue. It was a critical look at the grim stats surrounding workplace accidents; deaths; injuries, and maimings.

Former National Party MP – and now Human Rights Commissioner – Jackie Blue, made the startling  admission that low unionisation in the workforce was part of the problem of workplace accidents;

I also think a fact in the forestry deaths is that they have very low rates of unionisation. They don’t have anyone speaking for them. There’s no voice for forestry workers. And I listened to an interview Helen did a year before she died, and she said she got to know the forestry workers, and once they understood the concept of a union, they wanted to be part of one.

The second segment featured an interview with BNZ CEO, Anthony Healey, supporting the Left’s call for a capital gains tax. Some of Healey’s comments would have come straight out of The Daily Blog;

“It’s really about equity in the tax system.

Well, I think you can take a very broad based approach to it, but one of the things that I think is really important in this discussion is we’re not talking about, and my opinion is we need to tax in aggregate more; it’s about redistributing tax. So if you were to apply a broad based capital gains tax, that gives you the ability to address other things in the tax system, like company tax, like income tax, especially for those that are more needy.

Well, I think where we really need to address tax is at the lower end of the taxation system. If you were to apply a capital gains tax where you see a lot of wealth accumulation as opposed to income, then you have room to move, and you can look at the lower income tax rate, particularly for those who are struggling to make ends meet.”

When bank CEOs are advocating Labour and Green Party tax policies, you just know that the neo-liberal paradigm has lost it’s 1980s/90s gloss.

The last segment featured a good look at how Artificial Intelligence (AI) would be impacting on jobs in the coming years and decades. People closely connected with the AI industry – Greg Cross, Grant Straker, and Ben Goertzel shared their insights as to where we were heading with increasingly advanced technologies.

What came next in the following ten to fifteen minutes was not a word uttered to discuss any of the three issues raised in The Nation. Even Lisa Owen’s opening remarks on the one year anniversary of trade unionist Helen Kelley’s death and the role she played in highlighting workplace  accidental deaths was not discussed.

Instead, Owen led the panelists down the garden path to discussing… the coalition talks and “the mysterious NZ First Board”.

It was ten to fifteen minutes of pointless pontificating and using up valuable oxygen as Fairfax political reporter Tracy Watkins lamented that Winston Peters  “ just doesn’t look like he’s enjoying it very much“.

The obligatory cliche of “the tail wagging the dog” was trotted out by Watkins and Owen. Watkins description of the coalition talks as a “circus” suggests she has been too long in politics and jaded cynicism has coloured her view of things.

Only Vernon Tava’s comments struck home when he pointed out;

“…Media, who are becoming increasingly desperate standing around in cold lobbies in Wellington shouting questions at people as they walk briskly from one hallway to another…”

The only “circus” has been a media one.

Meanwhile,  broadcast and print media have been going nuts with their ongoing speculations. For example, the 16 October edition of The Dominion Post had no less that seven distinct pieces in that edition, including an editorial headed “Time for Waiting to end“;

(Curiously, the very same editorial was republished in Christchurch’s The Press, and headed, “New Zealand needs to know who will govern it“.)

The opening statement was so ludicrously dripping with sanctimony that it beggared belief anyone could write it with a straight face;

“The New Zealand public is to be congratulated for it’s extraordinary patience over the last three weeks since the general election.”

The New Zealand public is not only patient – but a darned sight more mature than the children who currently work in our mainstream media, and who constantly pester their Uncle Winston from the back seat of  the family stationwagon;

The public are patient. They fully understand  the complexities of forming a government and that it must be done carefully. As Labour leader Jacinda Ardern explained on Radio NZ’s Morning Report on 17 October with pained patience for the benefit of the media, ;

“…The ability of a government to be both  stable and durable ultimately comes down to whether or not you have enough commonality to form a government that’s going to  last the distance.”

In the same edition of the Dompost, Tracy Watkins had a front-page piece beneath the paper’s banner, entitled, “Is the coalition deal a crown or a poisoned chalice?” She stated matter-of-factly;

Another way of  phrasing Watkins’ prose could be;

As a political blogger, I write often and passionately about transparency in government; government departments; NGOs, etc.

On coalition negotiations, however, confidentiality is a prerequisite for meaningful dialogue between the parties, unfettered by pressure from pious media pundits.

Case in point, TV3’s  Patrick Gower passing judgement in 2014 on an electoral arrangement between Mana Movement and the Internet Party;

Second case-in-point; numerous media commentators (Mike Hosking, et al) calling for the Green Party enter into coalition dialogue with National. As if such a scenario were remotely possible (or desirable).

On 11 October, Radio NZ’s Tim Watkin (former Producer of TV3’s The Nation)  expressed his own personal frustration in a way that was verging on the farcical;

“Well, I hate to say ‘I told you so’. But as frustration builds over the way our new government is being built – amid casual abuse, secrecy and over-reach – we really only have ourselves to blame, for the way this administration is being born in darkness, at least. Its mother is our own complacency.

Yet many New Zealanders fell in behind the parties’ spin, complaining that journalists were wasting time asking coalition questions and pushing for answers the poor party leaders couldn’t possibly give. ‘Focus on the issues,’ they cried.

How many of them are now among those bemoaning the lack of transparency in these negotiations and the deals being done behind closed doors?

We are left with little idea of which policies are being traded for which and have next to no notion about the priorities of whichever government might emerge, because we failed as a public to demand answers before the election.

I have no problem with these negotiations being conducted in confidence. I don’t mind New Zealand First shuttling back and forth between parties and being able to handle this process in secret. This is a time for a veil, of sorts.

But we should know, from reportage and interviews pre-election, what’s being traded.”

The rest of his intemperate commentary is symptomatic of political journos and commentators venting their impatience. In the meantime, the public went about their daily lives, content with leaving coalition-building to those who had been elected to carry out that task.

No news?  No problem.

The impatience of the msm was highlighted when, on several occasions, TV3’s news led with the length of time being taken for coalition talks – complete with this melodramatic graphic;

It takes a remarkable talent to create a story out of simply… waiting. This desperation of the msm for any political activity to report  was remarked on by Auckland University political scientist, Jennifer Curtin on 15 October;

Associate Professor Curtin said the amount of time being taken was reasonable and in Nordic countries such as Sweden taking two to three weeks to form a government was the norm.

“So asking for something to happen since October the 12th in four or five days is probably a little bit unrealistic and a little bit first past the post really, in the way we’re thinking about government formation.”

Four days later, as if further illustration was required, on 19 October Mediaworks presented us an updated report that… well… there was nothing to report;

When Tracy Watkins referred to a “circus” on The Nation, she was almost right. There has been a circus in this country since 23 September. But this time  it hasn’t come from our  political representatives.

Lisa Owen from The Nation on 21 October was honest when she admitted on behalf of the Fourth Estate;

The ‘Devil finds work for idle hands’, it is said. More so for idle children and  journalists with nothing to do, and too much time to do it in.

Let’s hope that all these well-paid, well-resourced journalists will be devoting equal air-time or column-inches to scrutinising the attacks-to-come from the Neo-liberal Establishment. Those attacks have already started.

That is where the real reporting, analysis, and commentary should be focused on.

What are the chances?

Fairfax media:  It’s difficult to know if Winston Peters is offering a crown or a poisoned chalice

Sciblogs:  For a teal coalition

Observations on the 2017 Election campaign… (tekau)

An Open Letter To Winston Peters