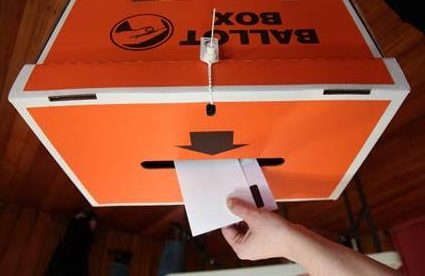 Whanau, I am hearing anecdotal evidence through social media and on the street that Maori and young voters are being told they are not on the roll when they’ve been enrolled on the Maori Roll.
These are disgraceful allegations, and I note the amazing work by Veronica Tawhai, the Maori politics lecturer and citizenship educator at Massey University who has announced the following complaints…

• Staff being unaware of the Maori roll and insisting electors are unregistered when their names don’t appear on the General roll;
• Staff having difficulty locating Maori names on the Maori roll, even when given identification by Maori electors;
• Staff giving incorrect information about the Maori electorates, electorate areas and where electors can be enrolled;
• Maori enrolled in Maori electorates being given the wrong voting form and having to argue with staff to find and be provided with the correct form;
• Electors on the General roll being told they are unable to vote for a ‘Maori party’ if they are not on the Maori roll;
• Complaints from Maori electors being ignored by those responsible for hearing complaints, such as managers of polling booths.

…I am so concerned by these widespread allegations being voiced by  Maori and young people complaining that Electoral Commission staff are misleading voters and telling them they aren’t allowed to vote!
I demand that the Electoral Commission of NZ put out an immediate memo to their staff reminding them of their obligations.
To every Maori and young voter out there, I re-state your voting rights – you can enrol and vote from now until Friday 22nd. If any young person or Maori voter turns up at an advance polling station between now and Friday and they run into difficulty with electoral staff I urge you to call me directly on 021 144 8726
You can find your closest advanced polling station here – www.elections.org.nz
In 2017, I will not tolerate any attempt to rob Maori or young people of their right to vote because of a incompetence and ignorance at our electoral booths.