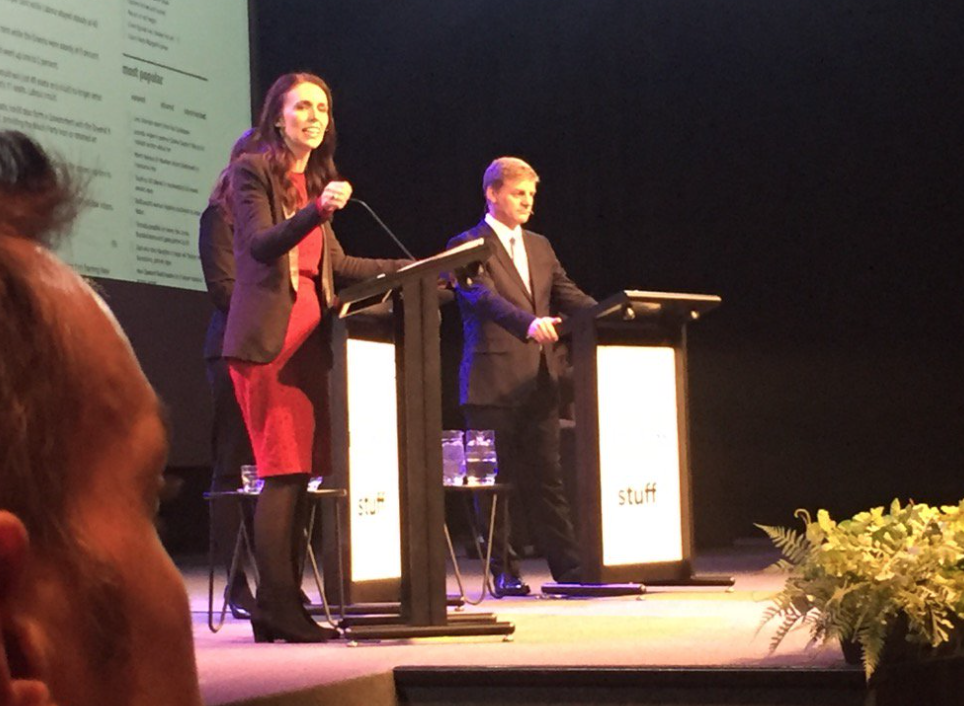 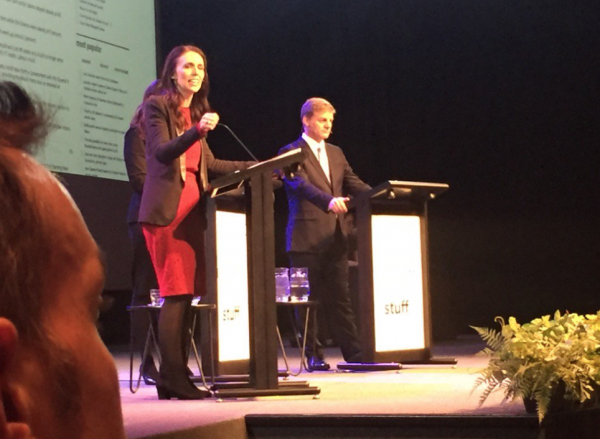 There are so many things going on with the 3rd Leaders Debate it’s hard to know where to start.

The second debate was stacked with an audience of ‘undecided’ voters when in reality it looked like a Young Nats Social Club and it created an audience that was mocking of Jacinda and created a biased playing field on which Bill English could look like the winner, last night there was none of that pretence of ‘undecided’ voters to be manipulated, it was open slather and that generated a completely different kind of audience response.

The wave of derision, anger and outright fury directed at Bill English when he tried to spin his lines was so visceral that it actually stunned him a couple of times and he turned a lighter shade of grey. I’ve never seen person drown live on TV, but I suspect it looked like Bill.

There were so many moments…

Jacinda: ‘I gave the Greens my word I would take their phone call first”
Host: “Why”
Jacinda: “Because my word is my bond”

Bill: Your team has let you down.

Watching Bill trying to explain why more young NZers aren’t going overseas now was the most farcical part of the evening. He was claiming it was because he has made NZ so amazing, that’s bullshit. Young people aren’t leaving because changes to student loans including arresting students at the airport has made it so much more difficult to leave.

It was like his continual patting on the back for house builds in Christchurch – the reason we have built so many houses in Christchurch is because there were earthquakes! Relying on a natural disaster to create growth isn’t much of an economic agenda.

The most ridiculous moment was when Bill started berating a Transport boss for criticising him by stating that his Government has bent over backwards for roading so why wasn’t he praising him. It’s like Bill couldn’t understand his political bribe to build more roads wasn’t even working with the industry that directly benefitted from it.

The underfunding of social services and public infrastructure are too apparent now. All Bill English and National have left are scare tactics and lies.

To date that has been enough to win them power. Will the new generation of voters flocking to Jacinda allow National to do it again?