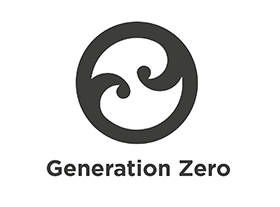 Youth climate change campaigners Generation Zero have welcomed the Green Party’s support for their proposed Zero Carbon Act and reissued their call to all political parties to get behind it.

The Green Party announced today that it will seek to pass the new climate law in the first 100 days if it is in government.

“Passing the Zero Carbon Act is the single most important thing the next Parliament can do to create a better future for young people, and we welcome the Green Party’s commitment to this,” said Lisa McLaren, national convenor for the Zero Carbon Act campaign.

“Overseas experience shows that cross-party support is vital to the success of a climate law like this. Our ask is to the next Parliament – regardless of who is in charge – to come together and pass the Zero Carbon Act.”

“Climate change doesn’t care about political leanings and to have the thriving future we know is possible, we need everyone on this journey.”

“The Zero Carbon Act will commit New Zealand to a zero carbon future and ensure we have a plan that lasts beyond election cycles.”

Generation Zero’s proposal is based on the UK’s Climate Change Act and adapted to suit New Zealand’s circumstances. It will require governments to reduce New Zealand’s emissions year-on-year and plan towards the long-term target of zero net carbon emissions. Methane, a short-lived greenhouse gas, will be treated separately.

The Green Party’s endorsement adds to growing support for the Zero Carbon Act from environmental groups such as Forest & Bird and WWF-New Zealand, 14 leading New Zealand aid agencies including Oxfam NZ, businesses such as Z Energy, and youth political parties including the Young Nats, Young Labour, the Young Greens and the Young Māori Party.

Parliamentary Commissioner for the Environment Jan Wright also recently released a report endorsing the policy framework of the Zero Carbon Act, which received backing from organisations such as Dairy NZ.

“It’s clear that this an idea whose time has come, and we look forward to more parties confirming their support.”

“We encourage all New Zealanders to sign on to our petition to the next Parliament at www.zerocarbonact.nz.”