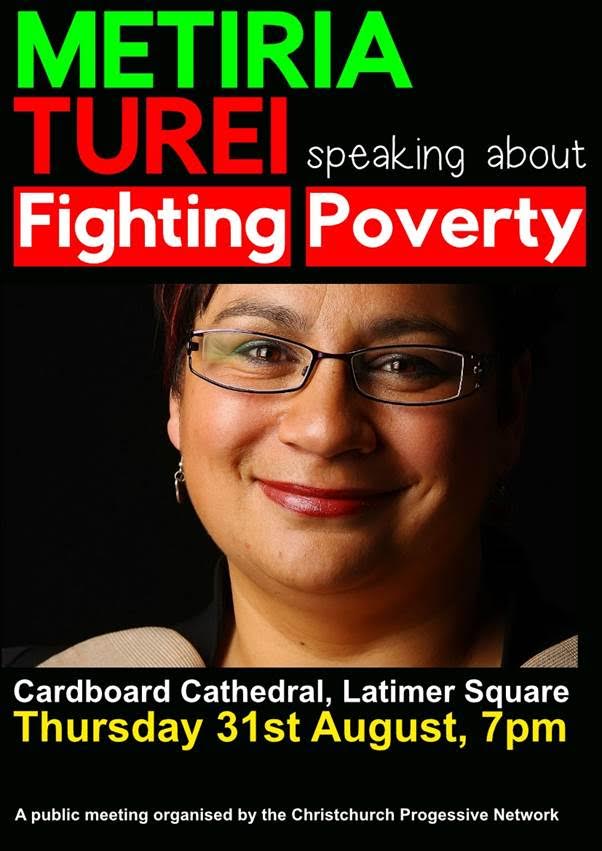 Even in 2017 neither party are offering any policies which will make a significant difference for those suffering hardship and deprivation. Labour’s housing policy for example would build a derisory 1000 new state houses each year at a time when we have 41,000 homeless.

It’s also important to remember that after nine years in power from 1999 to 2008, through the “best” of economic times, Helen Clark’s Labour government left 175,000 children living in poverty.

The simple reality is that the leadership of the Labour and National Parties have an informal consensus that poverty and inequality are acceptable and no significant economic policy shifts will be made to deal with them directly.

As co-leader of the Greens Metiria Turei released a policy which, if implemented, would have smashed the consensus. Events of the past two weeks – the Labour leader throwing her under the Labour Party bus (no ministerial post for her under a Labour-led government) and the media hounding her out of the co-leadership of the Greens – mean that issues of poverty and inequality will be pushed to the back burner through the election campaign unless Metiria’s voice is amplified and the issues she has raised are debated.

The Christchurch Progressive Network has organised a public meeting to hear from Metiria Turei about what needs to be done.

It’s on Thursday 31st August, 7pm at the Cardboard Cathedral in Christchurch.

Please help publicise it to family or friends in Canterbury. 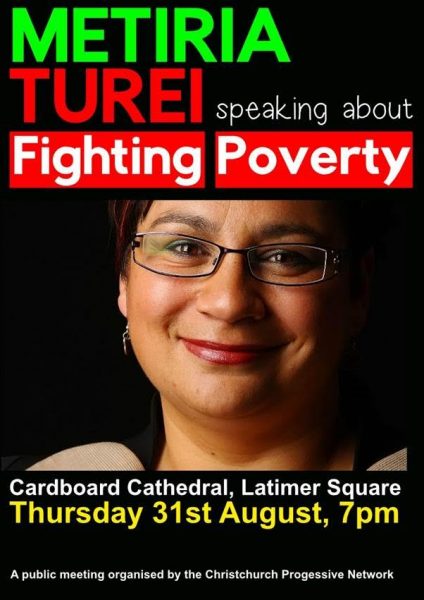