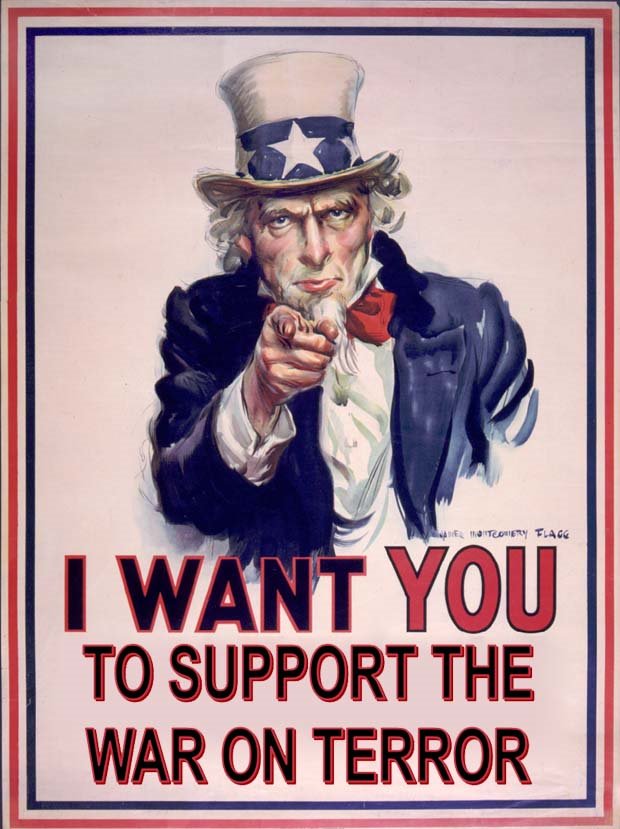 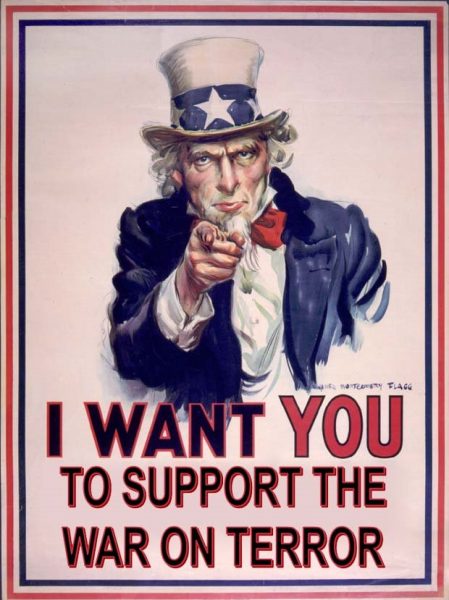 It’s been a deadly month in Manchester, and Mosul. The war on terror has failed again, with more terror and less security around the world and innocents dead in Britain and in Syria and Iraq. Western air strikes caused another ‘deadliest month for civilians’ in Syria (225 dead, including 36 women and 44 children) and more than 105 civilians killed in Iraq in recent tallies, joined by children victims among the 22 dead in Manchester.

Various studies quantify the failure of the war on terror, and provide evidence of a direct link between the war against terror and terror itself. Research suggests that the more money is spent, and the more troops deployed, the more terror attacks occur. The west is in a perpetual war, fighting an elusive and amorphous enemy which it helps to create. The results are dead civilian men, women and children on all sides.

In ‘Measuring the Effectiveness of America’s War on Terror’, Eric Goepner reported that 80% of the variation in terror attacks between 2001-13 was attributable to US military spending and troop numbers. For every $US billion spent, and 1000 troops deployed, the number of terror attacks worldwide multiplied by 19 times. Countries invaded by the US subsequently had 143x more terrorism attacks than those not invaded by the US. Countries the subject of US drone strikes had around 395x more terror attacks than those who weren’t. There have been more Islamic inspired terrorism attacks, more Americans killed in terrorism both at home and abroad, and more terrorism attacks worldwide since the war on terror began, than before.

The war on terror has been going almost 16 years, cost America alone up to $US4 trillion, 7000 US military lives, and has seen up to two million service people deployed far from home. US / Coalition forces are currently engaged in occupation, war and / or armed conflict in at least eight Muslim states. There they are often seen as foreign occupying forces, their presence and tactics spread fear, political instability, trauma, grievance and destruction at the barrel of Apache helicopters. Their actions provide fertile ground for alienation, resentment, anger, and recruitment of new terrorists with nothing to lose. The war on terror provides excuses to murder.

The perpetrator of the appalling recent attack in Manchester that killed 22 concert goers including children and teenagers was an English resident. But according to his sister he was motivated by revenge. She said Salmen Abedi “…saw children, Muslim children, dying everywhere”. “He saw the explosives America drops on children in Syria, and wanted revenge for injustices inflicted against Muslims”.

Indeed, research shows terror acts are often motivated by revenge and to correct grievance or injustice. But just as the victims of the war on terror are often innocent bystanders, so are the victims of terror itself; civilian casualties of armies, and of terrorists / insurgents; common targets and collateral damage.

Campaigning in the British election has resumed after a brief hiatus to mark the Manchester bombing. Jeremy Corbyn is using the opportunity to observe the failure of the war on terror to prevent terror attacks. He noted the links between British wars abroad and terrorism at home. The Government Security Minister Ben Wallace predictably said Corbyn’s comments were inappropriate and crassly timed. It’s expected that incumbent Prime Minister Theresa May will benefit in the polls for her ‘pitch perfect’, ‘stable and strong’ response to the recent attack.

Anne Applebaum writing in the Washington Post points out that hard line government responses to terrorism just lead to more radicalisation and violence, not less. She gives the response to the IRA as an example for the UK. Manchester is no stranger to the effects of that. Applebaum says rather than reactionary, divisive sloganeering in response to extremist violence, long term solutions that rebuild international co-operation, community values, solidarity and support are what’s required. At the conclusion of his pessimistic assessment of the war on terror, Goepner suggests a complete rethink of the war on terror approach.

This week’s New Zealand Herald had an article about a British SAS sniper killing an ISIS sniper from 2.4 km away by shooting him in the throat. It was portrayed as a victory of man and machine, a real man with a real weapon, fighting a righteous cause, almost doing “God’s work”. It was reported as one of the most difficult kills in the regiment’s history using the world’s most powerful rifle. On the one hand, the media carries uncritical reports of murderous violence in foreign countries on the part of coalition forces. On the other hand, it makes mileage out of senseless murder in Manchester.

The war on terror has desensitised the western world to senseless waste of life and acts of arbitrary justice in the Middle East, and hypersensitised us to terrorism risks at home.

This month’s civilian deaths in the west and the Middle East show the capacity for human evil. But the compassion and solidarity in Manchester also show the flip side human capacity for compassion and kindness. Support, love, a shared sense of sadness and grief were manifest in the aftermath of the bomb attack. At the end of a minute’s silence in a Manchester town square to mark the lives of the bombing victims, the crowd spontaneously supported a rendition of the Oasis song ‘Don’t look back in anger’. The woman who led the sing along said “we can’t be looking backward to what happened. We have to look forward to the future”. It’s that spirit, that courage, that compassion that will see an end to alienation, terror and radicalism, not the resort to violence that kills innocents everywhere.