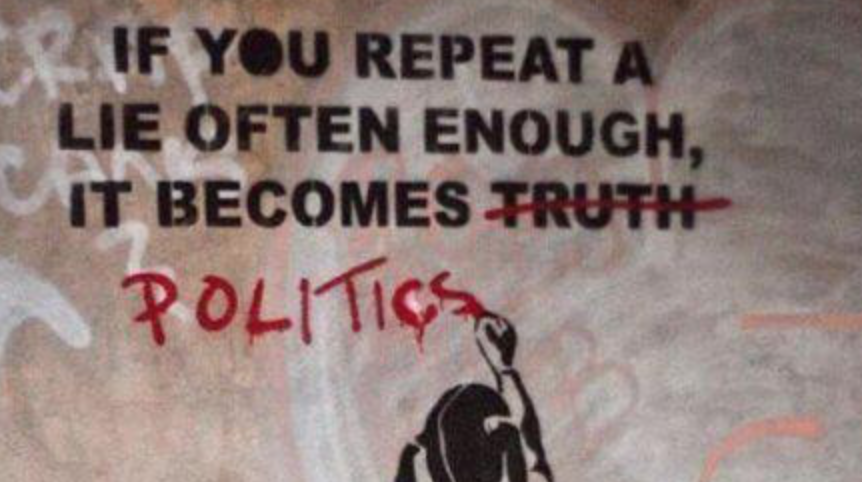 Bill English was recently caught on-the-spot when challenged why National was permitting high immigration at a time when unemployment was still high, and rising.

Make no mistake, National has opened the floodgates of immigration because it is an easy way to artificially  stimulate the economy. This was pointed out in May 2011,  by then-Immigration Minister, Jonathan Coleman, who trumpeted the contribution made by immigration to economic growth;

“All of us have a vested interest in immigration and I’m pleased to share with you some specific actions the Government is taking to enhance Immigration’s contribution to the economy, service improvement and changes to business migration.

…I’m confident that you will acknowledge the partnership approach that Immigration is now taking to provide tangible improvements to help support New Zealand’s economic growth.

Justifying the need for high immigration to generate  economic growth, Coleman cited “New Zealand [going] into deficit in 2009 after several years of surpluses and the economic situation has been compounded by the September and February earthquakes” and unsustainably “borrowing $300 million dollars a week to keep public services ticking over“.

Coleman  admitted that “If we were to close off immigration entirely by 2021… GDP would drop by 11.3 per cent“. He revealed that, “new migrants add an estimated $1.9 billion to the New Zealand economy every year“.

The downside to high immigration has been to put strain on critical services such as roading and housing, and reduce demand for locally trained workers to fill vacancies. There is a downward pressure on wages, as cheaper immigrant-labour is brought into the workforce.

As Treasury pointed out in June last year;

“There is a concern that recently there has been a relative decline in the skill level of our labour migration. The increasing flows of younger and lower-skilled migrants may be contributing to a lack of employment opportunities for local workers with whom they compete.”

English’s response was predictable if not offensive.

As per  usual strategy, English defaulted to National’s strategy of Default Blame-gaming. When in trouble;

This has been the pattern of National’s policy to shift blame elsewhere for it’s consistently ineffectual policies;

The Blame Gaming was applied recently to National’s appalling do-nothing record on housing;

Resorting to Deflection #2, English had the cheek to blame young unemployed for our high immigration level;

“One of the hurdles these days is just passing the drug test … Under workplace safety, you can’t have people on your premises under the influence of drugs and a lot of our younger people can’t pass that test.

People telling me they open for applications, they get people turning up and it’s hard to get someone to be able to pass the test – it’s just one example.

So look if you get around the stories, you’ll hear lots of stories – some good, some not so good – about Kiwis’ willingness and ability to do the jobs that are available.”

His comments on 27 February were echoing previous, similar sentiments in April last year, when he again abused unemployed workers as “hopeless”;

Real evidence surfaced only a day after English made his slurs against the unemployed, when it was revealed that out of over 90,000 (approx) welfare beneficiaries, only 466 failed pre-employment drug tests over a  three year period. That equates to roughly to 155 failed tests out of 30,000 per year.

Government figures show beneficiaries have failed only 466 pre-employment drug tests in the past three years.

The Ministry of Social Development said the 466 included those who failed and those who refused to take the test.

Some failed more than once.

The ministry did not have the total figure for how many tests were done over the three years, but said there were 32,000 pre-employment drug tests in 2015.

Those 466 over a three year period consisted of (a) those who failed the test, (b) those who refused to take the test, and (c) some failing more than once.

Which means that 99.5% of beneficiaries are clean, according to MSD’s own collected data.

There was further confirmation of low fail rates from another media story. On the same day as the Ministry of Social Development released it’s data on failed drug tests, The Drug Detection Agency revealed that fail-rates were as low as 5%;

While the rate of positive tests has remained at about 5 percent, the company is doing more tests and therefore failing more people, said its chief executive, Kirk Hardy.

“We’ve seen an increase overall in our drug testing and we now, annually, conduct about 144,000 drug tests,” he said.

Looked at another way, 95% of the workforce was clean.

Which simply confirms Bill English to be the typical manipulating, lying, politician that the public so consistently distrust and despise.

However, English has his own  sound reasoning for blaming welfare beneficiaries for this country’s immigration-caused problems. He has to do it to obscure the two reasons why National has opened the tap on immigration as far as they can possibly get away with…

Remember that in May 2011,   then-Immigration Minister, Jonathan Coleman revealed;

A 11.3% fall in GDP would have pushed New Zealand into a deep recession, matching that of the early 1990s.

This was especially the case as only a few years ago the economy was suffering with an over-valued New Zealand dollar. Manufacturing and exports had slumped;

Combined with the multi-billion dollar Christchurch re-build, mass-immigration was National’s “quick-fix” solution to boosting the economy. It might cause problems further down the track, but those were matters that National could address later. Or better still, leave for an incoming Labour-Green government to clean up the resulting socio-economic mess.

In Coleman’s May 2011 speech, he also referred – indirectly – to the second rationale for opening the floodgates of mass-immigration;

“If we were to close off immigration entirely by 2021… The available labour force would drop 10.9 per cent“

This was critical for National.

A crucial tenet of free market capitalism  (aka neo-liberalism) is that the price of labour (wages and other remuneration) should be predicated on supply and demand;

At higher wages, firms look to substitute capital for labour, or cheaper labour for the relatively expensive labour. In addition, if firms carry on using the same quantity of labour, their labour costs will rise and their income (profits) will fall. For both reasons, demand for labour will fall as wages rise.

Note the part; “At higher wages, firms look to substitute capital for labour, or cheaper labour for the relatively expensive labour“.

Mass immigration may or may not supply cheaper labour per se, but more people chasing a finite number of jobs inevitably “stabilises” or even drives down wages, as migrants compete with local workers. As pointed out previously, this is precisely what Treasury warned off in June last year;

“There is a concern that recently there has been a relative decline in the skill level of our labour migration. The increasing flows of younger and lower-skilled migrants may be contributing to a lack of employment opportunities for local workers with whom they compete.”

National is wary of wages rising, thereby creating  a new wage-price inflationary spiral, reminiscent of the 1970s and 1980s. English said as much on TVNZ’s Q+A in April 2011;

Guyon Espiner:  “Can I talk about the real economy for people? They see the cost of living keep going up. They see wages really not- if not quite keeping pace with that, certainly not outstripping it much. I mean, you said at the weekend to the Australia New Zealand Leadership Forum that one of our advantages over Australia was that our wages were 30% cheaper. I mean, is that an advantage now?”

Bill English:  “Well, it’s a way of competing, isn’t it? I mean, if we want to grow this economy, we need the capital – more capital per worker – and we’re competing for people as well.

Well, it is a good thing if we can attract the capital, and the fact is Australians- Australian companies should be looking at bringing activities to New Zealand because we are so much more competitive than most of the Australian economy.

Well, at the moment, if I go to Australia and talk to Australians, I want to put to them a positive case for investment in New Zealand, because while we are saving more, we’re not saving more fast enough to get the capital that we need to close the gap with Australia. So Australia already has 40 billion of investment in New Zealand. If we could attract more Australian companies, activities here, that would help us create the jobs and lift incomes.”

National is circumventing their own neo-liberal ideology by importing large numbers of workers, to drive down wages (or at least permit only modest growth).

In times of scarce labour, wages should grow. Demand. Supply.

This is the counter to recessionary-times, such as the 2008 Global Financial Crisis, when wages remain static, or fall, due to heightened job losses and rising unemployment. Supply. Demand.

This reveals “free market economics” to be a fraud. It is permitted to work unfettered only when it benefits the One Percent, their business interests, and their ruling right-wing puppets.

The moment there is a whiff that the “free market” might benefit workers – the goal-posts are shifted. (Just ask Nick Smith about shifting goal-posts.)

The game is fixed. The dice are loaded. We cannot hope to beat the House at their game.

Time to change the game.

Welfare beneficiaries. Drugs. Drug testing.  It was never about any of those.

The real agenda is for National to create a false impression of economic growth and reign-in wage growth, through immigration. Anything which threatens to expose their covert agenda is to be countered. Especially before it becomes fixed in the public consciousness.

Welfare beneficiaries are very useful as National’s go-to scapegoats. Or herring of a certain hue…

Meanwhile, in what must constitute the worst case of workplace drug abuse, took place on 14 June 1984;

…Muldoon had made up his mind.  In one of the biggest miscalculations in our political history he decided that he would go to the country. At 11.15pm a visibly intoxicated Muldoon made his announcement to waiting journalists.

NZ Herald: Beyond the fear factor – New Kiwis can be good for us all

NZ Herald: Treasury warns of risk to jobs from immigration

Radio NZ: Employers still struggling to hire NZers due to drug use – PM

Economics Online: The demand for labour