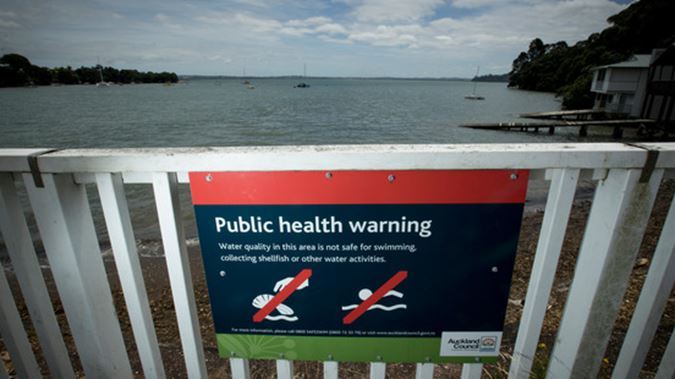 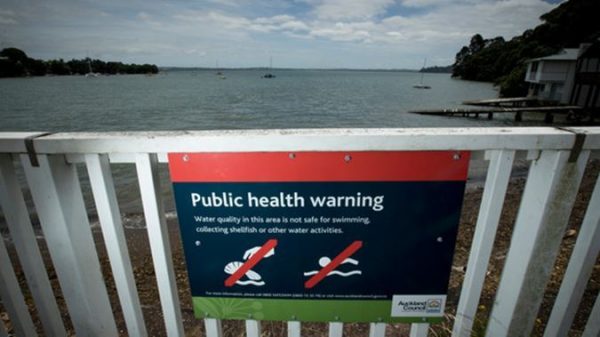 Sewage pollution of the inner Waitemata harbour is a direct consequence of Auckland’s disproportionate growth. The failure to provide for sufficient basic sanitation infrastructure is something the Auckland Council and the government driving these growth policies would rather the public know as little as possible about.   It’s an inconvenient truth also for the Unitary Plan-urban growth acolytes and despite their stated mission to save the planet, they won’t be talking much about this either.   The shocking scale of the problem was finally outed by the NZ Herald in December and January and came as a shock to most Aucklanders. Its due to stormwater-driven sewage overflows from the Western Bays, Ponsonby, Grey Lynn, Arch Hill, Mt Albert and Mt Eden areas. Areas especially targetted by pro-Unitary Plan advocates for intensification. These are some of the oldest parts of Auckland, some 16,000 dwellings served by what is called the ‘Combined Sewerage Area’. Built in the early 1900s and designed for a much smaller population it connects to the larger and (somewhat newer) Orakei sewer line which extends eastward to the Eastern Interceptor which then turns southward to the Mangere Wastewater Treatment Plant. The combined sewerage system is decrepid and increasingly overloaded. Local sewage overflows especially contaminate urban streams like Cox’s and Meola Creeks and inner harbour beaches from Point Chevalier to St Mary’s Bay. While the sewerage system which conveys human waste is within capacity – barely, when it rains as much as little as 5mm, which it does often in Auckland, it increases the volume in the pipes some 40 times over. The system is quickly overloaded with the result that surges of diluted human sewage pop open manholes in suburban streets and on peoples’ properties, spewing into urban waterways and the inner harbour.

The problem first became apparent in the early 1970s. In the late 1980s Auckland City Council began to separate the sewer and stormwater pipes. In early 2008 a bold announcement from Council-owned Metrowater claimed the job would cost $50 million and be completed by 2011. Instead by 2010 separation of wastewater and stormwater had been quietly put on the back-burner. Critical momentum was lost when the government decided that the top priority for Auckland was a ‘Super City’. Then the focus turned to a ‘Central Interceptor’ which was originally proposed to convey both sewage and stormwater directly south via a 13 km tunnel to the Mangere Wastewater Treatment Plant. In 2012 it was planned that work would begin this year and take 10 years to complete. Now the start date has been put back once again to 2019. The Central Interceptor is estimated to cost about one billion dollars and that’s just the start. Ironically the cost of Super City amalgamation, notably the $1.2 billion that the Council paid for a new (still not working properly) IT system, could have easily paid for the Central Interceptor. All that time, 2.2 million cubic metres per year of diluted sewage has been washing into urban streams and the inner harbour and the problem is getting worse.

This sorry story I guess could be categorised under the heading ‘Sins of Omission’. Now we come to the Sins of Commission. A key objective of the Super City amalgamation, the Unitary Plan, is a major deregulation of town planning rules, designed to drive urban growth and intensification, while decoupling this development from its infrastructural and environmental consequences. Like the Super City itself the Unitary Plan was largely government-imposed. And not bothering to wait even for the Unitary Plan, in 2012 Housing Minister Nick Smith pushed through legislation to enable fast-tracked intensified Special Housing Areas (SHA), suspending the normal RMA notification processes.

Like most Aucklanders I had assumed that sewerage problems were being taken care of by the experts. I was drawn into this issue almost indirectly by the Kelmarna Avenue SHA and investigations that I made with Watercare about it. When I raised the question of the extra sewage pollution in a letter to Housing Minister Nick Smith, who also happens to be the Minister for the Environment, in April last year, he appeared on TV, red-faced with anger, to personally attack me.

However thanks to the honesty of one public servant in particular, Watercare’s chief executive Raveen Jadaram, Aucklanders are now learning the sheer scale of our human waste problem – and the real cost of Auckland Council and the government’s obsession with growth. Until now the people of Auckland have been deliberately kept in the dark about the scale of sewage pollution of the harbour. There are over 100 constructed overflow points in the combined system, with about 40 discharging into the harbour from Whau creek to the CBD. According to Mr Jaduram, combined sewerage pipes are so overloaded that these overflow points now discharge on average 52 times a year – just about every times it rains. This is a massive breach of the Council’s own 2014 Network Discharge Consent – but do not expect prosecutions any time soon.

There is now a debate going on between Watercare and the Auckland Council (the latter’s stormwater officers have unfortunately chosen now to rebrand themselves as the ‘Healthy Water Department’) over whether the Central Interceptor should extend from Mangere Wastewater Treatment Plant to Western Springs, with ongoing site-specific separation of stormwater and sewerage lines in the western bays (Watercare) or extend further from Western Springs to St Marys Bay (called the Waterfront Interceptor) with little or no further separation work (Auckland Council). I welcome the debate but unfortunately for the harbour and water quality of our beaches its happening at least 20 years too late.

In the meantime, in contrast to Mr Jaduram’s refreshing honesty, Council spokespeople, including Mayor Phil Goff, have been trying to talk the problem down, attempting to convince the public that extra growth and intensification in the inner city combined sewerage area will not add to harbour pollution.

It’s a pity the scale of harbour pollution did not get the present level of public scrutiny one year ago when the Unitary Plan was being bulldozed through. But the lesson is that growth, (and the profits of private developers), come at a substantial cost, both to ordinary ratepayers and our environment.