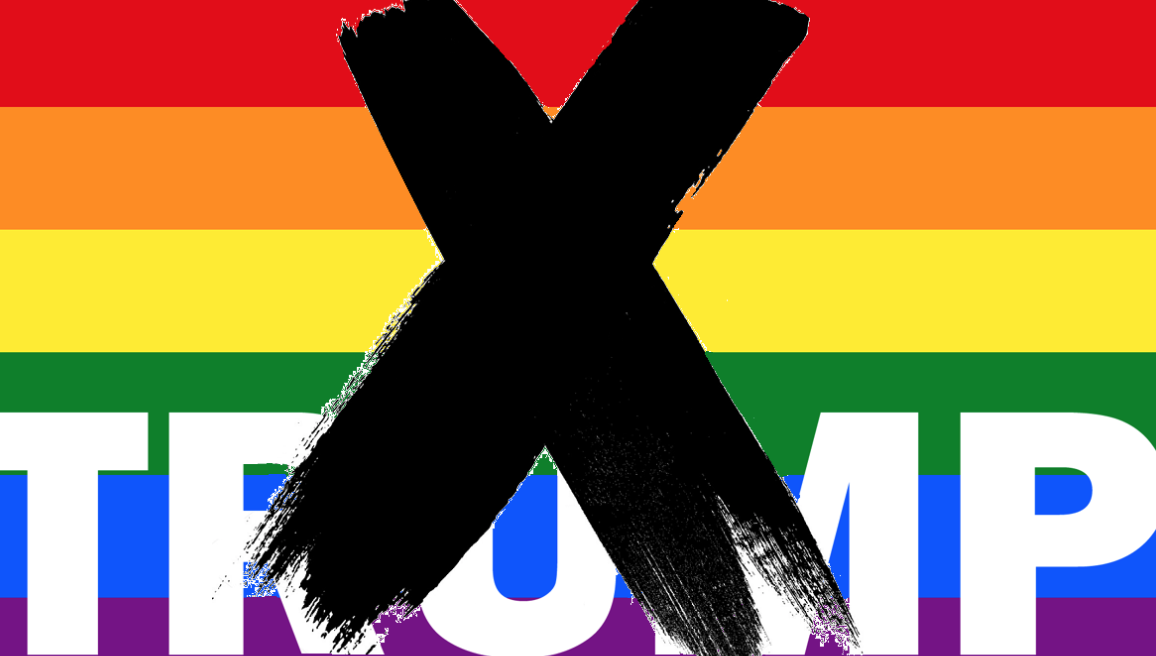 By  2015, the situation of transgender students using toilets in US schools became a major contentious social issue. States such as Kentucky, Florida, Minnesota, Mississippi , Nevada, North Carolina, and Texas attempted to pass legislation that would have “legally required schools to ensure that children follow anatomical conventions when using gender-segregated school facilities: that children who were born boys but identify as girls use the boys’ restroom, and vice versa“, as The Atlantic pointed out in July 2015.

The original version of the “Kentucky Student Privacy Act” would have  allowed students to sue “offenders” (transgendered students using toilets assigned to opposite gendered students) in a  state court for  “damages” up to US$2,500 each.

In April last year, North Carolina passed legislation that removed protection of LGBT from discrimination based on sexual orientation and a requirement that, in public buildings and schools, transgendered people use bathrooms corresponding to their genetic gender at birth.

There was a public outcry against what was perceived as unjust discrimination against transgender students.

Companies such as PayPal, Deutsche Bank, and others  cancelled investment in the state; singer Bruce Springsteen cancelled a rock concert; and dozens of planned  conventions were withdrawn,  in protest. One hundred and thirty other companies signed a letter to North Carolina’s  lawmakers demanding they  repeal the anti-transgender law.

Last year, in a follow-up to an earlier 2014 directive, former President Obama, responded to  discrimination against  transgendered students in federally-funded schools.

The directive – in the form of a letter from the Departments of Justice and Education – was sent  to all Federally-funded schools. It stated, in part;

“A school may provide separate facilities on the basis of sex, but must allow transgender students access to such facilities consistent with their gender identity.

As is consistently recognized in civil rights cases, the desire to accommodate others’ discomfort cannot justify a policy that singles out and disadvantages a particular class of students.”

In issuing a new directive not to engage in transphobic policies, Obama said;

“What happened and what continues to happen is you have transgender kids in schools. And they get bullied. And they get ostracized. And it’s tough for them.

My best interpretation of what our laws and our obligations are is that we should try to accommodate these kids so that they are not in a vulnerable situation.

We should deal with this issue the same way we would want it dealt with if it was our child and that is to try to create an environment of some dignity and kindness for these kids. ”

During last year’s presidential election campaign, Trump appeared to side firmly with the LGBT community.

In June, he tweeted;

In October, at a rally in Colorado, he borrowed a LGBT flag from a supporter in the crowd, and waved it on-stage;

And  in November, two activists from the so-called LGBTrump group wrote glowingly of Trump’s pro-LGBT credentials.

“ There are no signs that the LGBT community will be in the crosshairs of a Trump administration. In fact that evidence is just the opposite.

In the 1980s & 1990s Trump donated heavily to charities that focused on the AIDS outbreak. When he floated a third party presidential run in 1999 he went on record saying he would consider adding sexual orientation to the Civil Rights Act. Trump is also believed to be the first private club owner in Palm Beach — in this case Mar-a-Lago — to admit a gay couple. This is not the resume of an LGBT foe.

… Trump, thus, was telling evangelicals he was with them on the issue of life — our most fundamental right — but was not willing to do battle over civil marriage. This was the surest signal to the LGBT community that Trump was not a foe, but a friend.”

“ Donald Trump’s announcement on “60 Minutes” Sunday night, that he supports marriage equality, shocked almost as many on the left as his stunning victory at the polls last week. If they would have been paying attention, however, neither of these events would have come as a surprise.

Despite the left’s attempts to demonize Donald Trump as a homophobe during the campaign, the truth was and is that Donald Trump is unquestionably, the Republican Party’s most pro-gay presidential nominee in history. ”

Trump’s vice-President, Mike Pence, however was less supportive of the LGBT community;

Pence’s LGBT record doesn’t get much better either. On his website in 2000 he suggested that money used to support those with HIV should be directed to organisations “which provide assistance to those seeking to change their sexual behavior.” That’s right ladies and gentlemen, Pence supports gay conversion therapy.

(Pence’s  comments were confirmed by Snopes.com.)

On 22 February, the Trump Administration announced  to Federally-funded schools that Obama’s instructions banning transphobic policies was to be rescinded;

By the time he left office, Barack Obama had taken several steps to support transgender people, moves that “thrilled” advocates and outraged social conservatives still stinging from a same-sex marriage loss before the Supreme Court. But the tide is now heading in a new direction, and the Trump Administration on Wednesday took what LGBT rights groups view as a big step back, one they are describing as “bullying” transgender kids.

In a joint action, the departments of Justice and Education rescinded instructions that schools nationwide must respect the gender identities of transgender students, allowing them access to bathrooms and other facilities or single-sex programs that align with their sense of self. “The prior guidance documents did not contain sufficient legal analysis or explain how the interpretation was consistent with the language of Title IX,” Attorney General Jeff Sessions said in a statement Wednesday. ” The Department of Education and the Department of Justice therefore have withdrawn the guidance.”

Attorney General Jeff Sessions is a  Republican who has expressed conservative positions on various issues;

Sessions has earned a 20% approval-rating from the ACLU, on his anti-civil rights voting record; 7% by the NAACP, revealing his anti-affirmative-action stance, and  0% by the Human Rights Campaign, for displaying an openly anti-gay-rights stance on issues.

This is the reactionary homophobe appointed by a supposedly  “LGBT-friendly Trump” as America’s Attorney General.

But Ms. DeVos initially resisted signing off and told Mr. Trump that she was uncomfortable because of the potential harm that rescinding the protections could cause transgender students, according to three Republicans with direct knowledge of the internal discussions.

Mr. Sessions, who has opposed expanding gay, lesbian and transgender rights, pushed Ms. DeVos to relent. After getting nowhere, he took his objections to the White House because he could not go forward without her consent. Mr. Trump sided with his attorney general, the Republicans said, and told Ms. DeVos in a meeting in the Oval Office on Tuesday that he wanted her to drop her opposition. And Ms. DeVos, faced with the alternative of resigning or defying the president, agreed to go along.

Ms. DeVos’s unease was evident in a strongly worded statement she released on Wednesday night, in which she said she considered it a “moral obligation” for every school in America to protect all students from discrimination, bullying and harassment.

White House press secretary, Sean Spicer, denied there was a split between DeVos, Trump, and Sessions, but a ‘tweet‘ from her suggested otherwise;

In revoking Obama’s order to  “allow transgender students access to such facilities consistent with their gender identity“, Trump has made life more difficult for transgendered young people. His decision to allow Jeff Sessions to impose his moralistic agenda to deny transgendered students to be in a safe environment to use bathroom facilities, puts extra stresses on people who are already facing a difficult time in their lives.

When a segment of American society yearns for a quasi-mythical, mind-numbingly simpler time of “mom, dad, and the kids”;

– they are craving an era  inimical to anyone who was not white, heterosexual, and patriarchal. That is the vision that Trump is buying into by refusing to respect the rights of LGBT Americans.

Far from his committment to the LGBT community to “fight for them”, as he tweeted on 14 June 2016, Trump is complicit in turning his back on  transgendered students.

Muslims, Mexicans, LGBT – Trump (and his groupies in the White House) is sectioning-of American society.

The Atlantic: The K-12 Binary

The Advocate:  Here’s All the Business N.C. Has Lost Because of Anti-LGBT Bill

The Hill: Memo to the LGBT community – Donald Trump is not your enemy

Fox News: Donald Trump will be a friend, an ally and an advocate for the LGBT community

On The Issues: Jeff Sessions on Civil Rights

The Spinoff: Four things you can do when hate groups like Family First attack children

The Rise of Great Leader Trump