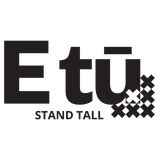 Workers at Cadbury in Dunedin are reeling after learning this morning that the iconic Cadbury factory is to close, with the loss of almost 400 jobs.

E tū’s Industry Co-ordinator Food, Chas Muir says workers learned of the closure at a meeting at the factory this morning, just after the union was informed of the decision.

“The company had reported it was doing well and this has come out of the blue,” says Chas.

“It’s devastating news for the workers at Cadbury’s and for the local Dunedin economy,” he says.

“Cadbury is the city’s fourth biggest employer and many workers have been with the company for years.

“The shock waves will roll through the entire Dunedin community.”

The factory employs just under 300 permanent staff and about 100 seasonal workers.

Chas says there will be consultation over the closure “but the company says the factory will definitely close from March next year.”

He says Cadbury is moving production to Melbourne, citing cheaper production costs and the fact that most production in Dunedin was exported.

Closures of local plants is a feature of operations by Cadbury’s owner, Mondelez, which has a global strategy of slashing costs and jobs to deliver greater shareholder returns.