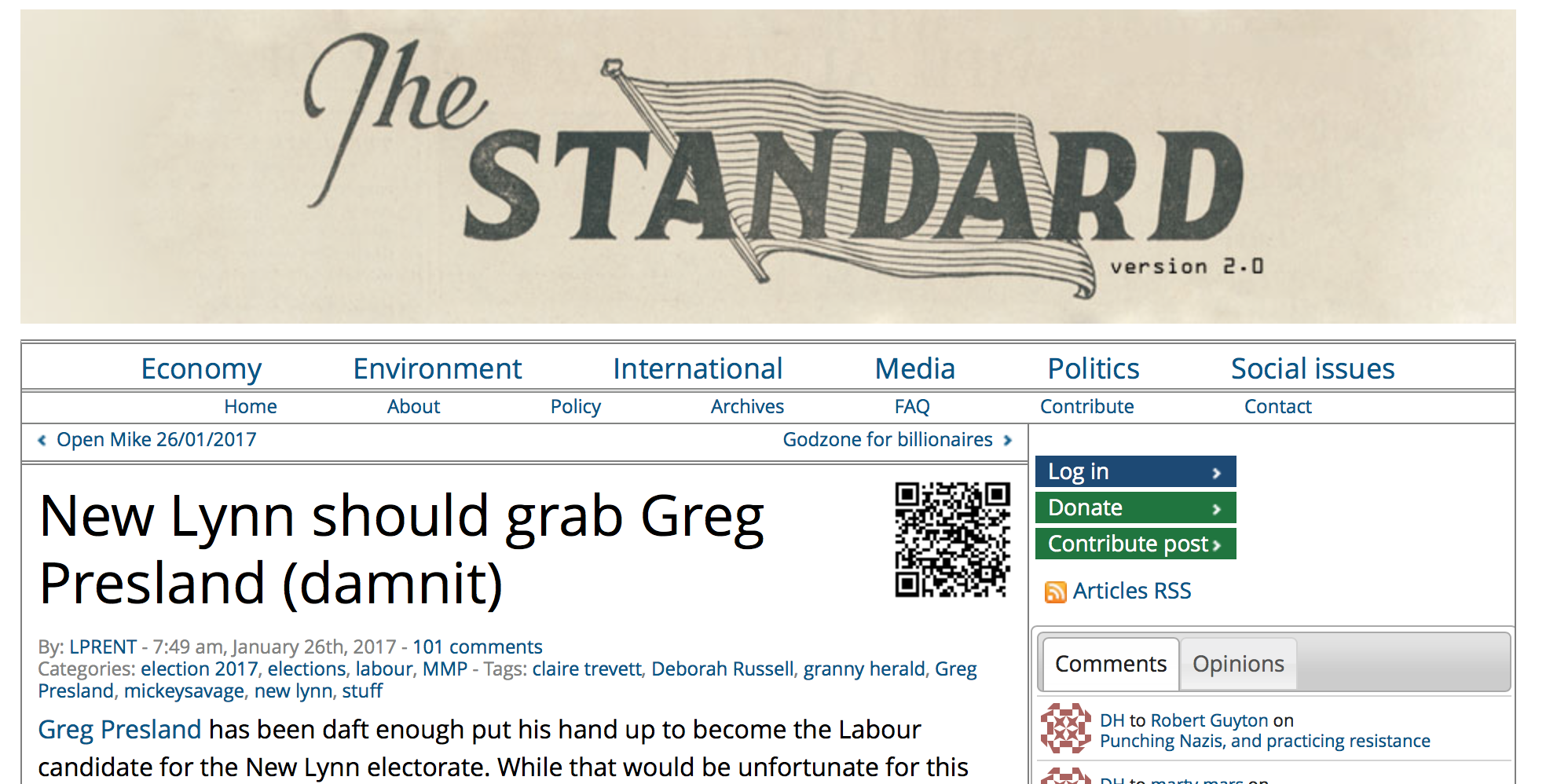 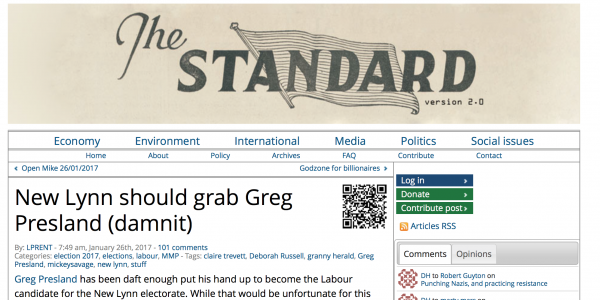 The worst thing about the New Lynn candidate selection is the appalling toothlessness of that great liberal organ The Standard who have spinelessly been pulling their punches in criticising Labour because the mildly interesting Greg Presland is standing.

How The Standard have managed to avoid discussing Stuart Nash’s declaration of war on the gangs, or how stupid the Greens are in Mt Albert or even that Greg O’Connor is a Labour Party pick for candidate has the kind of denial only Clinton Democrats can achieve.

One clown at The Standard decided to have a go at me claiming there was no proof that anyone on the left had ever criticised the EPMU and Andrew Little over the Pike River Mine tragedy. When I directed them to the Marxist and Socialists doing exactly that, they shut up pretty quick.

The Standard once called David Shearer as Captain Mumblefuck for his attempt to take Labour right and helped alongside The Daily Blog in arguing for David Cunliffe in as leader and here we have a Labour Party in full centrist swing and not a whisper because The Standard are trying to get their blogger selected as a candidate.

We will get better blogging from The Standard when they aren’t desperately greasing up for jobs.