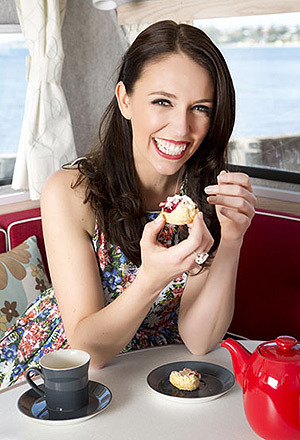 People from across a wide political spectrum like Jacinda Ardern. Unlike most politicians, she comes across as personable and sincere and is often portrayed as the young face of a new generation of Labour politicians – heaven knows they need a new one.

It was Labour after all which left 175,000 children living in poverty in 2008 after nine years of government during a time of strong economic growth.

People are often surprised when I say I am much less impressed with Jacinda. I’ve heard her speak in public many times and have shared the platform on various panels with her and others (in my case to represent MANA Movement while she represented Labour) to discuss issues such as child poverty, housing, inequality and the struggles of beneficiaries etc

Jacinda is very skilled at empathising with questioners on any of these issues. “Yes, the figures are terrible aren’t they…”; “We can’t let this situation continue….”; “It’s just so awful…”; “As a country we must do better than this…” etc

However, there is never any concrete policy to deal effectively with any of these issues (although in housing Labour has begun to move strongly in the right direction – eg reforming Housing New Zealand as a government department)

I emailed her about these things and her response was to the effect that she didn’t only speak to people she agreed with and that she had asked Blair whether he had changed his mind about the decision to invade Iraq.

I thought her reasoning was weak. Henry is a populist racist and misogynist and there was no need for her to bolster his image and ego by her presence. Meanwhile Blair should have been arrested by the NZ government and sent to the war crimes tribunal as a suspect for the most appalling of war crimes after he colluded with George Bush and “sexed-up” a dossier supposedly justifying the US/UK invasion of Iraq in 2003.

I’m happy to accept people make mistakes (I make plenty myself) and can learn and move on. I haven’t seen any evidence of that with Jacinda.
In my opinion Joe Carolan is the only candidate in the Mt Albert by-election who has the right ideas and the right approach.

Socialism is about people working together to solve the problems we all face and after three decades of Labour/National neo-liberalism we need a definitive, decisive break from the paralysing policies of the free market.

I lived in the Mt Albert electorate for over 30 years before moving to Christchurch. If I was there now I’d vote Joe Carolan.