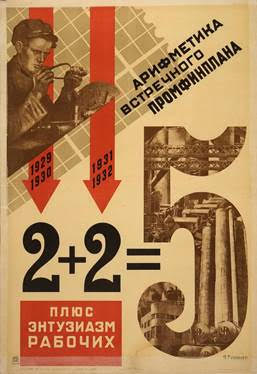 ONE OF THE MOST CHILLING ASPECTS of Donald Trump’s political style is its sheer, amoral audacity. Like all the truly great political manipulators, Trump understands that whether or not something is true is a question best left to the philosophers. What matters in politics is what people believe to be true. And, when it comes to persuading people to choose unreality over reality; “alternative facts” to the facts themselves; Trump is a virtuoso.

There are two great literary illustrations (at least) of the Trump Administrations brutal ontology. The first is to be found in the exchange between Alice and Humpty Dumpty in Lewis Carrol’s Through The Looking Glass:

“I don’t know what you mean by ‘glory,’ Alice said.
Humpty Dumpty smiled contemptuously. “Of course you don’t — till I tell you. I meant ‘there’s a nice knock-down argument for you!’”
“But ‘glory’ doesn’t mean ‘a nice knock-down argument’,’ Alice objected.
“When I use a word,” Humpty Dumpty said, in rather a scornful tone, “it means just what I choose it to mean — neither more nor less.”
“The question is,” said Alice, “whether you can make words mean so many different things.”
“The question is,” said Humpty Dumpty, “which is to be master — that’s all.”

The other illustration is contained in George Orwell’s dystopian novel Nineteen Eighty-Four:

“In the end the Party would announce that two and two made five*, and you would have to believe it. It was inevitable that they should make that claim sooner or later: the logic of their position demanded it. Not merely the validity of experience, but the very existence of external reality, was tacitly denied by their philosophy. The heresy of heresies was common sense. And what was terrifying was not that they would kill you for thinking otherwise, but that they might be right. For, after all, how do we know that two and two make four? Or that the force of gravity works? Or that the past is unchangeable? If both the past and the external world exist only in the mind, and if the mind itself is controllable – what then?”

So, when the White House spokesperson, Sean Spicer, flatly declares the equivalent of 2+2=5 by asserting that Trump’s inauguration attracted more spectator’s than Barack Obama’s; and when Trump adviser, Kellyanne Conway, justifies Spicer’s behaviour by referencing his use of “alternative facts”; how should we respond?

The temptation is to question the sanity of Trump and his team. “Just look at the photographs!” you shout in exasperation. “Are you people completely nuts! Do you think we’re all blind!” But, of course, these are the wrong questions. Because Trump and his team, just like everybody else, can see that Obama’s crowd was way bigger than theirs. Yes, their actions may resemble the behaviour of a terrible two-year-old, but appearances can be deceptive. There is method to Trump’s madness.

The Washington Post has reproduced a memorandum,  supposedly penned by a former White House official, which sets forth with chilling clarity what the Trump Administration hopes to achieve with its 2+2=5 strategy.

Apart from immediately lowering the expectations of the White House Press Corps (because after Spicer’s opening salvo relations can only improve, right?) the author of the memorandum further argues that the Administration may also be seeking to widen the gap between the one-third of the American electorate who are Trump’s supporters, and the remaining two-thirds who are not:

“By being told something that is obviously wrong – that there is no evidence for and all evidence against, that anybody with eyes can see is wrong – they are forced to pick whether they are going to believe Trump or their lying eyes. The gamble here – likely to pay off – is that they will believe Trump. This means that they will regard media outlets that report the truth as ‘fake news’ (because otherwise they’d be forced to confront their cognitive dissonance.)

The Washington Post’s anonymous author then puts forward another, even more disturbing, explanation for the Trump team’s dysfunctional relationship with the truth. By convincing a large chunk of the American population that truth and falsehood are fundamentally unknowable, the Administration hopes to induce them to disengage from politics altogether.

“A third of the population will say ‘clearly the White House is lying,’ a third will say ‘if Trump says it, it must be true’ and the remaining third will say ‘gosh, I guess this is unknowable.’ The idea isn’t to convince these people of untrue things, it’s to fatigue them, so that they will stay out of the political process entirely, regarding the truth as just too difficult to determine.”

“This is laying the groundwork for the months ahead. If Trump’s White House is willing to lie about something as obviously, unquestionably fake as this, just imagine what else they’ll lie about. In particular, things that the public cannot possibly verify the truth of. It’s gonna get real bad.”

Fighting this strategy will require the US news media to demonstrate a measure of tenacity and courage not seen by the American public since the darkest days of the Nixon Administration.

Such demonstrations are never easy. As Orwell noted of the Nazi regime in 1943:

“Nazi theory [ … ] specifically denies that such a thing as ‘the truth’ exists. [ … ] The implied objective of this line of thought is a nightmare world in which the Leader, or some ruling clique, controls not only the future but the past. If the Leader says of such and such an event, ‘It never happened’ – well, it never happened. If he says that two and two are five – well, two and two are five. This prospect frightens me much more than bombs.”

But almost certainly not as much as the man currently in command of the United States’ nuclear codes frightens us.
* It is possible that Orwell was inspired to use the 2+2=5 metaphor after seeing a Communist Party poster exhorting Soviet workers to complete Stalin’s Five Year Plan in just four years.