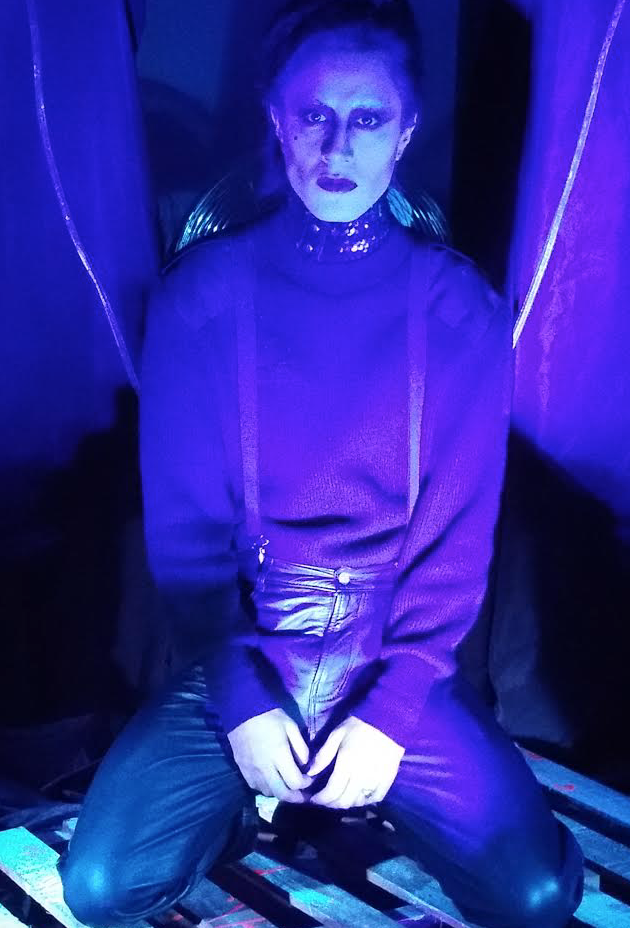 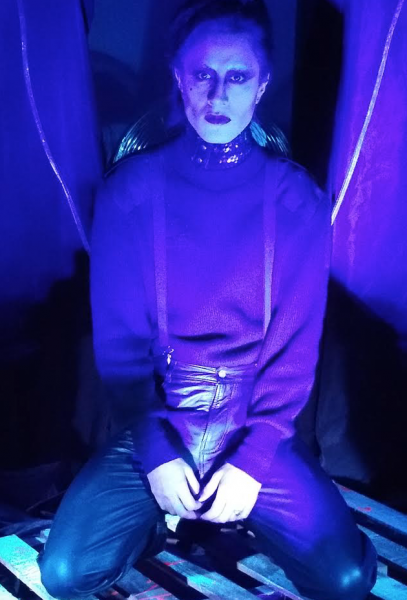 “Dead Boys Are Blue is a semi-autobiographical work, developed in Launceston, Tasmania and Bay of Islands, New Zealand. It features a transgender character, homosexual love and Old Hollywood as core components, experienced at personal levels by us, the artists.” – Nelson Blake, Writer / Director / Producer.

Dido St. Claire was established by Nelson Blake at the Tasmanian College of the Arts, University of Tasmania and has become a Cross-Tasman Collaborative.

Cedric Richards-McCord featured in the chorus of NZ Opera’s The Flying Dutchman (2013) and has worked with Marina Abramović in Private Archaeology at MONA (Hobart).

Post-dramatic Germanic theatre is a major inspiration for the visual aesthetic of the production.

Sauce is an old man of the sea, deemed crazy by the courts, his wit has never been sharper.

Irma Braithwaite is a faded silver screen legend, but not as mysterious as her life before Hollywood.

Pat and Jim live their life in fear of Sister Mary Agnes, but their son has been suffering more.

For the full programme visit www.aucklandfringe.co.nz