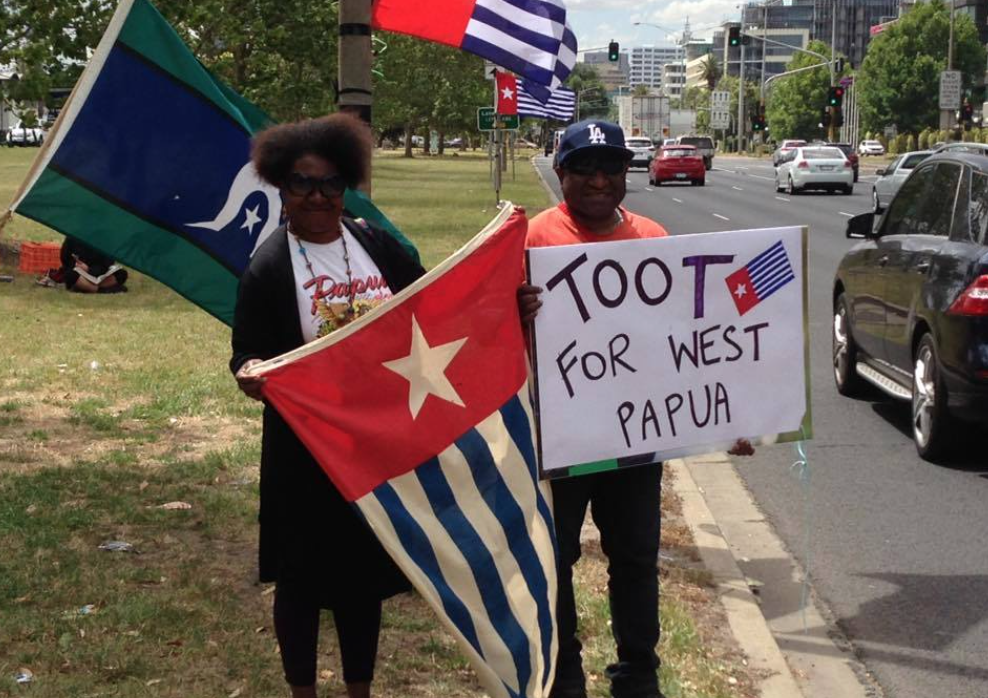 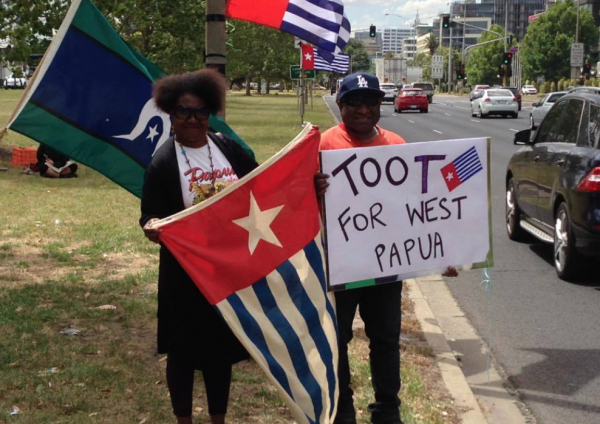 Earlier this month, the touchy Indonesian military commander in chief, Gatot Nurmantyo, set off a mini diplomatic storm with Australia. He took offence at teaching materials in use at a Perth military base where some of his officers were being trained. One item involved a satirical rendering of Pancasila, Indonesia’s five point state ideology. For instance in this alternative ‘Pancagila’ , or five ‘crazy’ principles, ‘just and civilised humanity’ becomes ‘corruption that is fair and equitable’. The joke has been circulating on Indonesian social media for some time. Then there were references to West Papua which did not please the General. He was outraged by an assertion that West Papuans wanted independence as a Melanesian nation, although that would be considered a statement of fact by independent observers. And he did not like an article referring to the 1969 “Act of Free Choice’ which cemented Indonesia’s control over the territory.

It wasn’t respectful enough to the then military commander Sarwo Edhie Wibowo. Again the documented facts are plain: in 1969 less than one percent of the population took part in a ‘vote’. The military helped to ensure the unanimous backing for Indonesia by means of intimidation, coercion, and in the case of rebellious tribes with the help of air strikes and paratroopers.

The outcome of the spat looked like being a full suspension of Indonesia’s military ties with Australia, which would have been a cause for celebration for West Papuan people and their supporters around the world. Regrettably the Australian brass apologised and removed the ‘offensive ’ material, so now the fallout seems limited to a suspension of the language training for Indonesian officers.

In New Zealand, as in Australia, we hear a lot about the good relationship we have with Indonesia. But it comes at a high price – turning a blind eye to the repressive nature of the Indonesian military. Australia and New Zealand are both in the business of training Indonesian officers to be more efficient and effective. This is deeply problematic because the military’s major role is suppressing internal dissent, and it targets those with political aspirations for self-determination and freedom. We don’t have a good influence on the Indonesian soldiers as is sometimes claimed, instead we cave in to Indonesian sensitivity even when it means trampling on free speech and the rights of the West Papuan people.

Indonesia has made democratic progress since the end of the Suharto regime, but the military remains largely untouched, in part because of its independent sources of income from legal and illegal enterprises. In West Papua it benefits from ‘protecting’ the resource extraction of gold, copper and timber. Nationalist hardliners like Nurmantyo are in the ascendancy. Retired General Wiranto was recently appointed as Indonesia’s top security minister. He was in command of the military when East Timor was in flames and has been charged by a UN sponsored court with crimes against humanity: murder, deportation and persecution of those believed to be supporters of independence. Like all the other Indonesian perpetrators of violence in East Timor, he has never been brought to trial.

Indonesia’s Defense Minister is Ryamizard Ryacudu, an uncompromising nationalist who is infamous for his defence of the special forces soldiers who killed Chief Theys Eluay (charismatic chairperson of the Papuan Presidium Council) in November 2001: ‘people say they did wrong, they broke the law … But for me, they are heroes because the person they killed was a rebel leader.’

17 years ago when horrific violence engulfed East Timor, New Zealand and other western governments were impelled to suspend defence ties with Indonesia. To its discredit New Zealand quietly resumed defence training ties with Indonesia in 2007. These days it is the people of West Papua who are in the line of fire from the police and military, even though their struggle is a peaceful one. They risk arrest and torture every time they stage a demonstration especially if they dare to display an image of the Morning Star flag. Last November even a prayer gathering in Sorong was deemed a ‘separatist’ activity, so it was forcibly dispersed and 106 people were arrested.

Over the half century that Indonesia has been in charge in West Papua the loss of life is so high that it is described by academics and human rights advocates as a ‘slow genocide’. This term encompasses not only killings and the routine practice of torture, but also the multiple impacts of a brutal colonial rule on health and the environment.

Our political leaders are so obsessed with keeping on side with Indonesia that they routinely chant the mantra that they support the ‘territorial integrity’ of Indonesia. Our representatives raise human rights concerns from time to time, but always politely and ineffectively. General Nurmantyo knows this game well and he has won this round, but the debate he provoked draws new attention to the true agenda of Indonesia’s unreformed and unrepentant military.