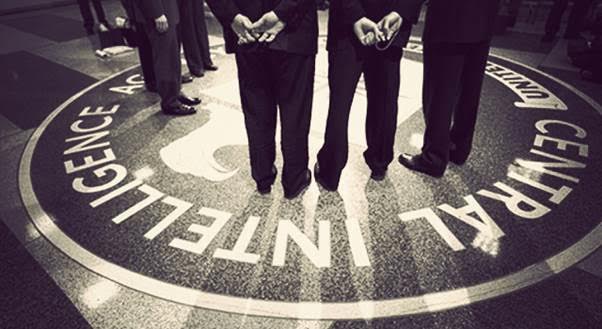 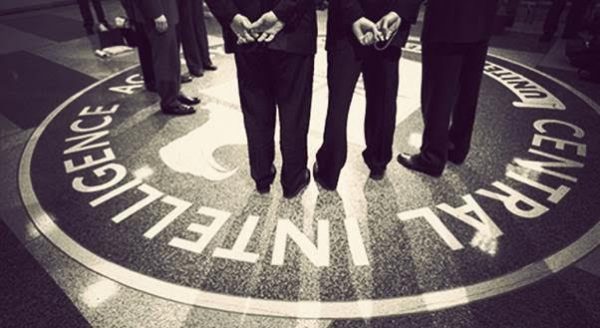 NEVER BEFORE have the puppet-masters’ strings been more exposed. Clearly, something very close to a full-scale civil war is raging across the dark institutions of the American Deep State.

In the days immediately preceding the 8 November presidential election we witnessed the critical intervention of the New York Office of the FBI. Faced with the near certainty of “strategic leaking” by his own agents should he refuse, the hapless FBI Director, James Comey, agreed to inform Congress (and the world) that the Bureau was re-opening the investigation into the Clinton E-mail Scandal.

At the time it seemed reasonable to speculate that the FBI’s New York Office was a hot-bed of Trump supporters gone “rogue”. But, as Glen Greenwald’s recent posting on The Intercept makes clear, the true motivation for the New York Office’s political intercession was very probably the CIA’s own political interventions on behalf of the Clinton campaign.

The FBI’s disdain for the CIA’s legally questionable (to say the least!) rules of engagement is well known in US national security circles. In the lurid light of the strategically leaked “Russian Dossier”, the re-ignition of the Clinton E-Mail Scandal is beginning to look more and more like a pre-emptive FBI strike.

That such a politically compromising document – unsourced and unverified – has been injected into the bloodstream of the American body politic just eight days before Trump’s inauguration as the 45th President of the United States is as unprecedented as it is alarming. As Greenwald rightly states: “The threat of being ruled by unaccountable and unelected entities is self-evident and grave. That’s especially true when the entity behind which so many [Trump opponents] are rallying is one with a long and deliberate history of lying, propaganda, war crimes, torture, and the worst atrocities imaginable.”

Just how this overt effort to undermine the duly-elected President-Elect of the USA plays out will depend largely on how most Americans view the role and conduct of the CIA. On the one hand, there is what might be called the “Jason Bourne” view of the agency, and, on the other, the view inspired by the television series “Homeland”.

The Jason Bourne CIA is presented as a murderous law unto itself. Unrestrained and unaccountable, this version of the Agency would not hesitate to cobble together a damning dossier and use it to weaken, perhaps fatally, the administration of a president deemed (by itself) to be a person inimical to the USA’s long-term strategic interests.

The Homeland CIA offers a much more nuanced view of America’s national intelligence agency. Above all else, the Agency’s operatives are portrayed as patriots. Their contradictory obligations: to remain loyal to the US Constitution; and to take whatever steps are necessary to protect America’s interests; repeatedly reduce characters like Carrie Mathison, Peter Quinn and Saul Berenson to guilt-ridden wrecks.

Of the two views, the Homeland CIA is by far the more dangerous. By painting over the blood-red crimes of the Agency with reassuring coats of ambivalent grey, the series’ writers encourage the view that although it is often necessary to uphold the Constitution by subverting it, and to preserve America’s international reputation by tarnishing it, the agents responsible never, ever, stop loving the United States.

One could almost say that the Jason Bourne CIA is how American liberals view the Agency when the evil Republicans are in power; while the Homeland version provides them with the excuses they need when the CIA’s misdeeds are authorised by a Democrat. So, if the Russian Dossier really is a CIA concoction, then, as far as Trump’s liberal opponents are concerned, it’s from Langley, with love.

Greenwald rails against this anything-to-rid-America-of-Trump double standard: “There are solutions to Trump. They involve reasoned strategizing and patient focus on issues people actually care about. Whatever those solutions are, venerating the intelligence community, begging for its intervention, and equating their dark and dirty assertions as Truth are most certainly not among them. Doing that cannot possibly achieve any good, and is already doing much harm.”

Greenwald’s sterling defence of the US Constitution, notwithstanding, the situation in Washington may already have moved beyond the power of the most conscientious journalist to remedy. Regardless of Trump’s ultimate fate, the men he has nominated to defend US interests are quietly reassuring their Senate interlocutors that the continuity of America’s military, foreign relations and national security policy is not about to be upended by 3:00am tweets from the White House.

The unchanging priorities of the American Deep State crowd around Trump like ancestral ghosts: hemming him in; whispering in his ear; by turn inflaming and freezing his untutored political heart. His supporters should not be surprised. Though they may not know it, making America great has never, ever, been the President’s job.