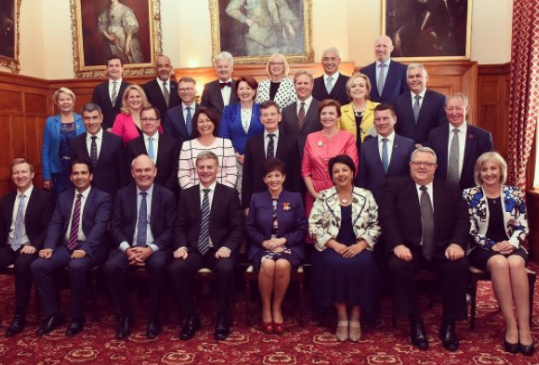 The complicity of NGOs

There are NGOs which get their money from members or supporters – these groups are often caused based such as CPAG is or they provide services to members such with RSA or sports clubs.

Then there are NGO’s which get their money from providing services to others most often through Government contracts.  These include charitable trusts, non-profit companies and incorporated societies – large and small, local and national and they provide the bulk of social services on behalf of the Government.

Superficially this is an ideal marriage.  Well intended well motivated folk in cause driven organisations delivering social services to the poor and vulnerable with the financial backing of the State.  But the organisations involved in such programmes are hardly NGOs because without the Government’s money they are unlikely to exist – certainly at the scope and scale they do now.  As well the delivery of social services on behalf of the State is always driven by clear policy objectives and these are in turn driven by clear ideological ambitions.  This means of course that the NGOs involved in contracts with the State are complicit – wittingly or unwittingly in these ideological ambitions.

Nowhere is this complicity more apparent than in housing.

The most obvious example of this complicity is with the sale of all the state housing units in Tauranga to IHC subsidiary Accessible Properties.  This deal will involve 1140 units and will take place on 1st April 2017.  The value of the deal, and the discounts and concessions involved, have yet to be reported publicly although they are substantial.

It also seems that private investors are involved in the Tauranga deal so it can easily be seen as privatisation by stealth.  Accessible Properties is however promising to add a further 150 units to this stock although the timeframe for this has not been disclosed.  Tauranga is chronically underserved with state and other social housing and is growing rapidly so this gesture of a further 150 houses is something but still not much.

In essence then the National led Government has washed its hands of any direct involvement in providing housing in Tauranga and a well-respected charity – the IHC, has provided it with the cover and the excuse to do this.

Another example of this complicity is with the Hamilton based organisation known as the Wise Group.  One of Wise Group’s stable of social service organisations is The People’s Project which is addressing homelessness in Hamilton.

Do you spot many ordinary concerned citizens in this list of culprits?  Wasn’t Hamilton City Council the same Hamilton City Council that sold off its 344 social housing units to Accessible Properties in December 2015? Isn’t Housing New Zealand the same Housing New Zealand which between 2011 and 2016 managed to get rid of over 200 rental units?  Why on earth is the Hamilton Central Business Association so interested in homelessness? If ‘The People’s Project’ is such an inclusive exercise why then did Wise Group bother to trademark the name for itself?

Answers to these questions aren’t really that important because apparently Wise Group has now solved homelessness in Hamilton claiming that it has found housing for more than 800 people over the past two years.  This must surely be good news to a Government which is so keen to dismiss the housing crisis narrative that it can’t even be bothered having a Minister of Housing.

In claiming to have solved homelessness Wise Group is of course talking about street homelessness rather than things like families living in cars in public carparks or in sheds and garages or overcrowding with relatives.  Their work in addressing the more acute form of homelessness is to be applauded but it is quite wrong to claim that homelessness has been solved in Hamilton.

There is in fact strong evidence to support the claim that Auckland’s housing problems are descending on Hamilton.  Over the past three years Hamilton’s population has grown by 7.3% yet its housing stock has grown by less than 6% meaning that there is a shortfall in housing of around 700 units.

While Wise Group may have housed 800 people there are fewer social housing units available than three years ago and population growth is outstripping current house building.  Clearly some people somewhere are missing out but that is not the story Wise Group is telling the public on behalf of their funder the New Zealand Government.

It is a great shame that corporates such as Accessible Property and Wise Group are busy doing the Government’s bidding while passing themselves off as community organisations.  The people working in these organisations appear to have good intentions but their opportunism in jumping into deals with the Government regardless of the Government’s ideological ambitions is disappointing.  Best of luck to them – I hope they like their new friends.

Alan Johnson is a policy analyst for several NGOs.