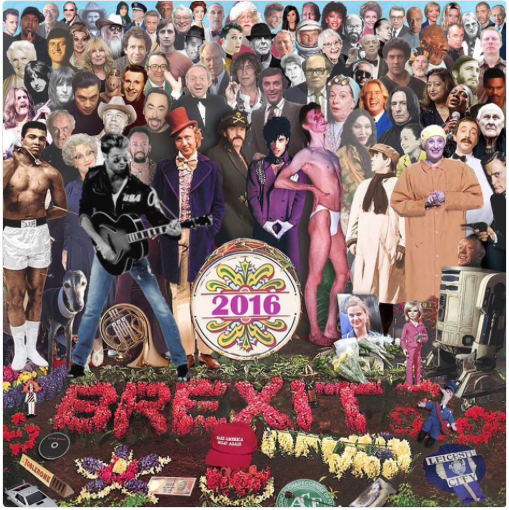 2016 was a big year. Globally politics was ruptured by stunning and surprising political turning points. England voted to leave the European Union, shattering the decades old political and economic status-quo there. Even more shocking was the electoral victory of Donald Trump in the US election. It is clear that we live in unpredictable times.

Sleepy New Zealand might feel a world away from the political storms brewing in the US and Europe. We are not as isolated as it may seem. The NZ election might not be til next year, but 2016 showed important possibilities and dangers for those who want to see progressive change.

For radicals, the most important event of 2016 was the incredible TPPA blockade of the Auckland CBD on February 4th. The Trans Pacific Partnership Agreement was due to be signed at SkyCity casino, and so a protest was called on the day. The response was overwhelming, with tens of thousands swamping the Auckland CBD, cutting off traffic and participating in the biggest rally the country had seen in years.

The action didn’t happen overnight. It was the culmination of the work of hundreds of activists, and dozens of events, petitions rallies and public meetings. Activists simply won the public debate, not just with a good argument, but through the hard work of building a significant movement of people who understood the issue and were willing to take action.

These efforts have been repaid. It seems that the TPPA will no longer be progressing and is becoming a dead letter, with the US looking like withdrawing from the agreement. The reasons for this are complex, but popular protest played a significant role.

There were other important developments for the left. Refugee activists pressured government into increasing the refugee quota and the FIRST Union campaign to Unionise Pak’N’Save supermarkets continued and expanded onto the south island. The peace movement continued its reemergence with the blockade of the arms fair in Aucklands, and there was the launch of Economic and Social Research Aotearoa– Aotearoa/New Zealand’s first left wing think tank.

The Union movement overall had a difficult year. The Unions remain weak, losing membership again this year. The challenges that the union movement faces was personified by the death of Helen Kelly. This robbed the movement of a spokesperson who was widely respected, competent and articulate. The work she had done on health and safety relating to the Pike River disaster and the ongoing deaths in forestry industry was crucially important. Rebuilding the unions is an important task, and this will be harder without the work of Helen Kelly.

The left has also unfortunately, struggled to provide a collective response to the housing crisis and rising poverty levels in New Zealand. Polls consistently show that when asked, people in Aotearoa/New Zealand believe housing, inequality and poverty are the biggest issue facing the country. This should provide a strong basis for a grassroots movement around these issue. Unfortunately this has not happened in 2016.

Related to this is the failure of the left to build a new vehicle or organisation for a radical left politics. Around the world we see these openings. In the US the campaign for Bernie Sanders brought many people politicised by Occupy into a coherent political form. In the UK, Jeremy Corbyn winning the leadership of the UK Labour party has created a new energy for transformative ideas. There are many other examples, but not yet in Aotearoa/New Zealand.

The opportunities are there. As previously mentioned, 2016 saw thousands storm the Auckland CBD against the TPPA. Clearly there are many who are open to a different form of politics. The existing political parties are clearly leaving a gap that could be filled by an active, radical alternative. At some point, this challenge must be overcome.

Failure for the left to build a new radical politics can have serious effects. This may mean a failure to challenge New Zealand’s descent into a an uglier politics. Already, there is an anti-immigrant consensus between all the major political parties. Labour, National, Greens, NZ First and even Gareth Morgan’s vanity project, all intend to campaign against migrants in next year’s election. There needs to be an alternative veiwpoint to the increasingly prevalent racist undertones.

Failure for the left to build a new radical politics will mean that the economic pain felt by many will only increase. Wages in real terms have continued to decline. The housing crisis in Auckland and elsewhere is driven by investors. Failure to take on these investors problem will only increase those under housing stress of homeless. These are radical problems which will need radical responses. We need to rebuild unions, not just wait and hope for a friendlier government to be elected. We need a movement for homes that isn’t afraid to challenge the housing ‘industry’.

2016 had missed opportunities, 2017 doesn’t need to be the same. As well as working with others locally to rebuild our unions and movements, activists need to look for opportunities to work more closely together.

Ben Peterson is a Union Activist in Auckland