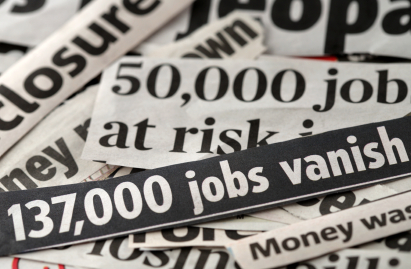 This blogger previously reported how Statistics NZ recently implemented a so-called “revision” which would materially affect how unemployment stats were counted and reported;

On 29 June 2016, Statistic NZ announced that it would be changing the manner in which it defined a jobseeker;

And on-cue, National was quick to capitalise on Statistics NZ’s figure-fudging;

On 8 August, Key was quoted on Interest.co.nz;

“On the other side, we need these people in an environment where unemployment is 5.2% and where growth is still very, very strong. You’ve just got to be careful when you play around with these things that you don’t hamstring certain industries that need these workers.”

On 12 August, in Parliament, English also gleefully congratulated himself on the “fall” in unemployment;

“The Reserve Bank is forecasting an increase of about 1 percent more growth in the economy over the next 3 years, compared with what it thought 3 months ago. It is forecasting that unemployment is going to continue falling from 5.2 percent this year to 4.5 percent by 2019 and that job numbers will increase by more than 2 percent on average over the next 2 years. A significant component of that, of course, will be the construction boom, where thousands of houses will be built over the next 2 or 3 years. These forecasts are in line with Treasury’s forecast for the labour market and show an economy that is delivering more jobs, lower unemployment, and real increases in incomes when in many developed countries that is not happening.”

The latest Statistics NZ (soon to be re-branded Ministry of Truth) unemployment figures showed another “fall”. The unemployment rate for the September 2016 Quarter is now purportedly 4.9%;

When Statistics NZ “re-jigged” its criteria for measuring unemployment in June, unemployment dropped from 5.7% to 5.2% (subsequently revised again to 5.1%);

Predictably, National were quick to once again exploit the September statistics, as their Twitter-feed showed on 2 November;

It’s all nonsense, of course – made worse by Statistics NZ’s other dodgy criteria used when considering their definition what constitutes being “employed”;

Statistics NZ’s mis-representation of our “low unemployment” environment has gone largely unnoticed and unchallenged. No one in the mainstream media has picked up on the questionable data;

Unemployment has fallen below 5 percent for the first time in nearly eight years thanks to the growing economy, but it is still not translating into booming wages. Official figures show the unemployment rate declined to 4.9 percent in the three months to September, or 128,000 people, the lowest rate since December 2008. – Radio NZ

The unemployment rate has fallen to 4.9 percent for the September 2016 quarter, according to new figures from Statistics NZ. That’s the lowest it’s been since December 2008. – TV3 News

New Zealand’s unemployment rate fell below 5 percent for the first time since December 2008 as employers took on more staff than expected, although that didn’t spur wages to rise at a faster pace. The kiwi dollar rose on the figures. The unemployment rate fell to 4.9 percent in the three months ended Sept. 30 from a revised 5 percent rate in June, Statistics New Zealand said. – Sharechat

New Zealand has recorded its best unemployment rate in almost eight years with third quarter figures falling to a better than expected 4.9 per cent. The jobless rate declined from a revised 5.0 per cent in the June quarter, according to Stats NZ, taking it to its lowest point since December 2008. – NZCity/NZ News

New Zealand’s unemployment rate fell below 5 per cent for the first time since December 2008 as employers took on more staff than expected, although that didn’t spur wages to rise at a faster pace. The kiwi dollar rose on the figures.

The unemployment rate fell to 4.9 per cent in the three months ended September 30 from a revised 5 per cent rate in June, Statistics New Zealand said. – NZ Herald

New Zealand’s unemployment rate fell more than expected in the third quarter to drop to 4.9 per cent – the lowest rate since last 2008. The jobless rate declined from a revised 5.0 per cent in the June quarter, according to Stats NZ taking it to its lowest point since the December quarter nearly eight years ago. There were 3,000 fewer people unemployed than in the previous quarter and 10,000 fewer over the year. – TVNZ News

Of course there were “3,000 fewer people unemployed than in the previous quarter and 10,000 fewer over the year“! Ten thousand unemployed people vanished from the data, at the click of a mouse, as Statistics NZ worked their “magic”.

Only Hamish Rutherford, at Fairfax media, pointed out the questionable value of Statistics NZ’s data;

Unemployment has fallen to the lowest level in almost eight years, as the economy creates more than 10,000 new jobs a month. Official figures show the unemployment rate dropped to 4.9 per cent in the the September quarter, the first time it has fallen below 5 per cent since December 2008.

Earlier this year Statistics New Zealand revised the way it conducts the quarterly household labour force survey (HLFS), in a bid to bring the survey more in line with international standards. However the changes mean Statistics New Zealand cannot make confident comparisons with all of the figures from previous surveys.

But even in Rutherford’s article, the all-important point of dodgy stats was lost amongst the ‘rah-rah‘ of the mythical drop in unemployment.

The Otago Daily Times made an even less impressive, passing, reference to Statistics NZ’s fudged figures;

Unemployment in New Zealand is at its lowest level since 2008 but there will be lingering concerns about the lack of wage growth and the impact this will have on the inflation outlook.

Statistics New Zealand has changed some of its survey data to measure unemployment and employment and those changes are still bedding in. – Otago Daily Times

Government Statistician, Liz MacPherson, has rejected any suggestion of political partisanship in the way unemployment data is now being presented.

She was defensive in the face of criticism from Labour’s Grant Robertson and on  16 August, Ms MacPherson stated;

Like my predecessors I am fiercely protective of the statutory independence of the role of the Government Statistician and strongly refute any assertions made by Grant Robertson that there has been political interference in the production of official statistics.

This independence means that I maintain the right to make changes necessary to ensure the relevance and quality of our official statistics. Changes to the Household Labour Force Survey have been made to ensure that we produce the best possible measure of the current state of the labour market and to maintain consistency with international best practice.

Far from ignoring technological change during the past 30 years, such as the advent of the internet, we are incorporating these changes so as to be technology neutral.

Within the survey questions, to be regarded as actively looking for a job you must do more than simply look at job advertisements, whether it is online or in a newspaper.

It is not uncommon for revisions to be made to official statistics as a result of more accurate information becoming available or changes to international standards and frameworks.

In addition we are introducing new measures – for example underutilisation – enabling a deeper, richer understanding of New Zealand’s labour market.

When this does occur it is standard practice for Statistics NZ to communicate reasons for revisions and anticipated changes well in advance of their official release, as we did on 29 June 2016. […]

Statistics NZ has a legislative obligation to release objective official statistics. We will continue to do this at all times.

One of many ironies not lost on this blogger is that other government departments extoll the virtues of jobseeking on-line. As CareersNZ and WINZ state the blindingly-obvious, “most job vacancies are listed online”;

Ms MacPherson’s assertion that Statistics NZ has changed it’s definitions of unemployment and jobseeking  “to maintain consistency with international best practice” is not an acceptable explanation.

If “international best practice” does not recognise on-line jobseeking as constituting a definition of unemployment – then that in itself is worrying and suggests that global unemployment may be much, much higher than current international statistics portray.

As a consequence of Ms MacPherson’s decision to exclude on-line jobseekers from official stats, this blogger concludes that official unemployment data is  severely flawed and unrepresentative of our real unemployment numbers.

Unemployment statistics will no longer be presented in on-going up-dates of the Jobless Tally.

This Statement has not been endorsed by MiniTruth (formerly StatsNZ)

Work and Income: Where to look

To be periodically up-dated.