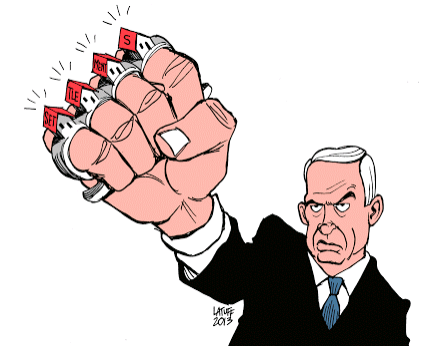 There are many reasons why states may be said to go to war with one another.

Sometimes, it is to act on behalf of or in defence of a weaker power against a stronger and more aggressive neighbour. Great Britain’s famous ultimatum to Nazi Germany of early September 1939, that a state of war would exist between them unless the latter withdrew from its illegal occupation of Poland springs immediately to mind as an example.

On other occasions, a country may go to war to protect or defend perceived international legal norms from violation by an aggressor – Great Britain, again, going to war with Imperial Germany over the violation of Belgian neutrality handily illustrates this principle.

A third head of action – and quite a relevant one for the modern day – is when one state impugns upon the sovereignty of another (an example of which may be the series of causations which lead up to the War of 1812 between Great Britain and the nascent United States of America).

It is to this third class of Cassus Belli that we now turn.

Imagine there was a state out there who habitually stole the passports of those it nominally professed to call “friends”; and thenused these documents – important, reified embodiments of both the principle and power of sovereignty and state – to carry out illegal acts of state-sponsored terror in other nations.

Is this not a serious and egregious offence against a country?

What about an instance wherein the security-intelligence agents of a state find themselves caught red-handed attempting to interfere with victim-country’s policing and intelligence computersystems, using the cover of the aftermath of a natural disaster in order to gain entry?

Would that not constitute a grave and remarkable violation of sovereignty and the integrity of the victim-country in question?

We probably don’t even need to touch upon the moral dodgyness and iniquity of exploiting predatory sales-practices in order to prey upon the elderly to attempt to raise foreign cash reserves for future nefarious purposes.

All of these things are not hypothetical. They are actual, factual historical elements of the sometimes-strained relationship between New Zealand and Israel.

Two out of three of these would form pretty viable justifications for some sort of armed-and-ready International Incident.

Except, tolerant people that we are, the Kiwi people haven’t exactly insisted upon anything like that.

Even the fairly straight-up abhorrent (by standards of international law and dignity) Passport incident only put a relatively brief damper upon Israeli-NZ relations, and everything was relatively back to normal within the span of about a year.

But despite the fact that we’re pretty easygoing down here, the Israelis aren’t anything like so tolerant.

In recent days, we’ve seen them remove their ambassador from New Zealand, talk of imposing ‘sanctions’ upon us, and then bar our own ambassador to Israel (this last one not being the first time this has happened – on a previous occurrence, they did so because we *dared* to also engage in diplomatic relations with the Palestinian Authority in a way they disapproved of).

Now, we find out that they apparently communicated directly with our representatives to tell us that we have issued a tacit “Declaration of War” against them. This will perhaps be a move of supreme hot-aired bluster, of course – with the Netanyahu administration already seemingly seeking to downplay their leader’s previous (alleged) slip of the tongue. But it nevertheless betrays a fundamental difference of essence – and a weak-spot, for that matter.

New Zealand has historically been quite (perhaps excessively) forgiving of Israeli transgressions upon both our soil and our sovereignty. The Israelis, by contrast, are so harshly vindictive and vituperative precisely because there is one commodity which they vitally depend upon, and which is becoming in increasingly short supply of late. That of international respect, recognition (in a diplomatic sense), and esteem. Just as with Apartheid South Africa (their allies, whom they assisted to attain Nuclear Weapons, let us remember), there is an awareness that diplomatic isolation will eventually, one day, lead to an enforced change of domestic policy at home. The old adage about bullies craving respect as their currency rings true, here, too.

So they rant and they bluster, and even relatively minor movements on the international scale – such as New Zealand using our all-too-brief position on the UN Security Council to endorse a resolution that was broadly in-line with our previously-existing position on an issue … and which was so incredibly UNCONTROVERSIAL that even the United States refused to move to condemn it … well, this apparently constitutes a declaration of war. Surely one of the most serious and somber articulations available in an international relations paradigm, or the illustrious field of statecraft.

Perhaps the Israelis are correct to view this as tantamount to a war-declaration. Maybe it really IS this incredibly significant and serious to them that countries up to and including their formerly omni-abjuring protector in the United States are now starting to rather publicly run out of patience with their occupationist shenanigans. I can certainly, I guess, see why they’re evidently so scared. They might even see this as ‘the beginning of the end’, if we are to get wildly over-hopeful.

But looking at what the Israelis consider to be a ‘legitimate’ grounds for staging an international incident, I can’t help but wonder whether we’ve previously been far too lenient with the Israelis for their own transgressions over the past decade and a half.

Certainly, as suggested via the slew of examples (a handful of which were invoked in the intro) drawn from the history of international engagement, there’d be no shortage of potential justification for New Zealand to enter into a state of confrontation with the state of Israel.

But we haven’t done that.

In no small part because sometimes, that’s what being a grown-up and mature state entails.

Rather than, you know, your Prime Minister calling up another state’s Foreign Minister for the purpose of throwing a temper tantrum down a phone-line.