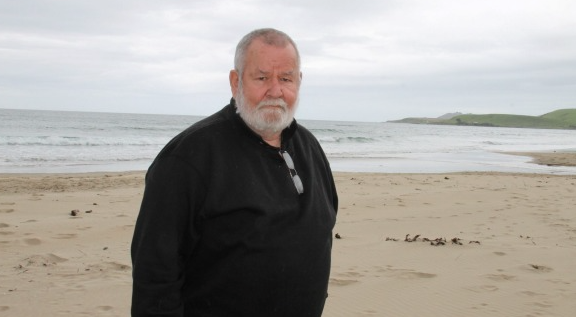 Did it just get chilly in here?

What’s with the sudden yanking on the free speech leash?

Brian Tamaki, Anwar Sahib and the slightly racist guy who looks like Santa shouldn’t be gagged or prosecuted, they should be countered, argued with and contextualised. Society is divisive enough without pouring petrol onto it.

None of these three are even close to what the fuck is happening in America right now with the Alt-Right, they are giving fascist salutes and yelling ‘Heil Trump’.

When we get to that stage we can start screaming racist nazi.

Don’t get me wrong, I disagree with all of these 3 men (well what the Guy who looks like Santa said about white people was pretty true) but when you look at what they’ve actually said, the knee-jerk against them looks more like liberal elitism overkill that only serves to alienate.

The case for Brian: The thing most have missed about Brian’s ridiculous claims that God sent earthquakes to punish us for our homosexual wickedness is that he made this brain fart before the earthquake had even happened. So he wasn’t reacting to the earthquake, he was just entertaining his fanatical and highly taxed congregation. He can’t be taken seriously because what he’s had to say is such a joke. But we live in a free country where if people want to give a large chunk of their pay cheque to a clown like Brian they can and a clown like Brian is allowed to blow whatever bullshit smoke up their arses. He’s a waste of time and building him up as more than the charlatan he actually is only increases the persecution mentality of his Stockholm syndrome followers

The case for Anwar Sahib: What’s so controversial about claiming Jews and Christians are the enemies of Muslims? Turn on the bloody news! Palestine is under a brutal occupation by Israel, Iraq is reeling from the Wests illegal invasion for WMDs that didn’t exist and if we cared would we really stand by and watch Syria rip itself to pieces? How this has been elevated to anti-semitism is bloody farcical. His sexist views on women? Yes, they are sexist, they sound about as sexist as the Exclusive Brethren, but we aren’t threatening to close the Brethren down any time soon are we?

The case for the Guy who looks like Santa: And what about this guy?

The Government has sacked a member of a marine protection forum over an “offensive” newsletter detailing the history of New Zealand’s fishing regulations.

Nelson Cross, a retired engineer from Balclutha, poked fun at a number of groups in the newsletter, but in particular Maori, claiming they exterminated and ate the original inhabitants of New Zealand before discovering “KFC and the TAB and the joys of sedentary living while on a benefit” once Europeans arrived.

…yep, your usual garden variety racism told with chuckles and dumbness, however he redeemed himself with this description of white people…

…pretty much on the ball with that description to be fair. He should have added ‘land stealing, treaty dishonouring, culturally genocidal white volk’ for good measure. But all in all your usual South Islander.

Again, I disagree with all three of these people. Brian’s understanding of basic geology is ridiculous and if God wanted to smite NZ for Gay sex wouldn’t he destroy Ponsonby?  Sahib’s right about Christians and Jews not liking Muslims much but as backwards as the Exclusive Brethren when it comes to gender equality and the Guy who looks like Santa was your usual garden variety drunk racist Uncle you put up with every Christmas.

The desire to shut down people and demand they be silent is a pretty dangerous way to delegitimise a Democracy. When people feel they have no voice, they vote like they did in Brexit and with Trump.

Let’s out true racists and sexists and bigots, picking on easy targets distracts us from the far bigger issues we are being confronted by in Society.

There is enough hate and fear, let’s not add to it by martyring such flawed vessels as Tamaki, Sahib and Guy who looks like Santa. That allows the true racist, sexist and bigoted systems of power to go unscrutinised.