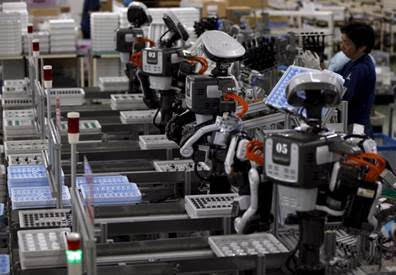 LABOUR’S ‘FUTURE OF WORK’ EXERCISE has received considerable praise from political commentators and economists. The party has been commended for looking over the usual three-year time horizon of the professional New Zealand politician. The journalistic consensus appears to be that even if the Future of Work (FoW) exercise doesn’t glean Labour a swag of much needed extra votes – it should.

Unfortunately, that’s not how politics works. Worthy and future-focused though it may be, FoW is unlikely to exert a positive influence over the voting behaviour of working-class New Zealanders. There have been far too many reports about what ordinary working people must do to make themselves employable in the labour markets of the future. Far too many experts have pronounced upon the revolutionary impact of technological innovation and how it will force workers to adapt – or be left behind. Working people have been hearing this sort of talk since the Rogernomics “revolution” in the mid-1980s, and all it has left them is behind.

Innovation, automation, relocation, globalisation – the driving forces of change are undeniably real, and their impact on the working lives of working people are visible everywhere. The better jobs and the more fulfilling lives that the free-market revolution was supposed to usher in are much harder to see.

When “inevitable” change arrived in small regional centres like Patea, Hastings and Timaru it left far more empty factories and unemployed workers in its wake than it did new, better-paid and more exciting forms of employment. The new jobs did arrive, eventually, but they generally paid lower wages than the old ones and offered workers much less security.

Some effort was made to prepare workers for the brave new world of adaptation and transformation that was rushing at them. The Fourth Labour Government established what were known as Regional Employment and Access Councils (REACs). These were comprised of representatives from the employers, the trade unions and the “community” (whatever that was!) and were empowered to fund employment and training programmes for those without work.

These programmes were a great success. Not because they imparted new and marketable skills to the luckless unemployed and redundant workers funnelled into them by the Department of Labour, but because they created hundreds of state-subsidised jobs for the middle-class professionals who set up the programmes and ran them. (These social entrepreneurs even got to keep the state-funded tools, office equipment and furniture when their contracts with the REACs expired!)

It was a pattern repeated endlessly during the years that followed. As globalisation hollowed out the manufacturing and processing sectors, driving thousands of jobless workers into the new, low-paying service sector, thousands of well-educated middle classes professionals found themselves designing, resourcing and managing the radical re-organisation of New Zealanders’ working lives that the new neoliberal order demanded.

Which is why, when the conversation turns to the jobs and workplaces of the future, what you hear depends on where you are positioned in the labour market. If you’re a young, highly-educated middle-class professional; or a person skilled in the design and application of new technologies; then the future beckons you forward with a smile. But if you’re a truck driver, or a store-person, then the prospect of driverless vehicles, or robot-operated warehouses, fills you with dread. Young workers have grown up watching their parents being forced to accept lower and lower positions in the occupational hierarchy. Soon, they fear, it will be their turn.

For the working-class voters Labour so desperately needs to return to its electoral fold, the “promises” of its FoW exercise are much more likely to be read as threats.

Bill and Hillary Clinton excelled at extolling the virtues of innovation, automation, relocation and globalisation. Helen Clark was fond of invoking the received economic wisdom that a rising tide lifts all boats. The response of their working-class followers in the years since has been to recite the childhood chant: “Fool me once, shame on you. Fool me twice, shame on me.”

If you want to know what that means in electoral terms, just ask Donald Trump – or Winston Peters.