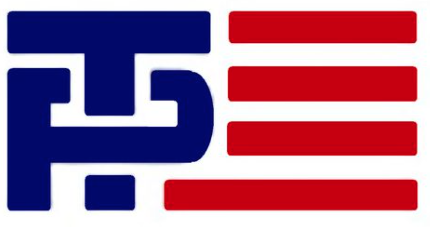 Whatever policies Trump intends to enact during his presidential term  is unknown. He has back-tracked; evaded; back-flipped; side-stepped and often contradicted himself. The most recent case-in-point was when he condemned/congratulated Americans protesting at his ascendancy to power – all within a short period of time;

The MSM is reporting that he has begun to moderate his extreme views and comments made during the bitter election campaign. He now appears to be a supporter of free trade, according to a recent Herald story.

In effect, he is becoming more ‘presidential’.

However, the same cannot be said of his supporters.

Whether it is the appointment of far-right businessman, media executive, and pro-Israel mouthpiece, Steve Bannon  (aka, America’s version of Cameron Slater)  as Trump’s ‘Chief Strategist’, or,  Reince Priebus, lawyer, careerist-politician, and  Chairman of the Republican National Committee, appointed as Trump’s White House Chief of Staff – there is a pronounced cabal of right-wing conservatism colonising the new administration.

Far from “draining the swamp”, as Trump has promised on numerous occasions, he is replacing it with one of his own making. As former Democratic Party candidate, Bernie Sanders pointed out;

“Mr. Trump described himself as a populist taking on the establishment, someone who would ‘drain the swamp. Unfortunately what we’re beginning to see is what I feared, which is a lot of what Mr. Trump said to get votes is not what he intends to do as president of the United States.”

More frightening still are comments from Trump’s other supporters. Supporters like Omarosa Manigault.

One-time contestant on Donald Trump’s “reality” TV show, ‘The Apprentice‘, Manigault was appointed as as the Trump-campaign’s director of African-American outreach in July of this year.

In August this year, on a PBS ‘Frontline‘ Election Special, Manigault uttered what must be one of the most creepiest, chilling comments in American political history;

Not since  Kryptonian super-villain General Zod trashed the White House in a ‘Superman‘ movie, have such threats been uttered;

Given a chance on ABC’s ’20/20′ current affairs show to minimise her “bow down to President Trump” comment, Manigault dug the hole deeper still.

But more critically, note her passing reference to a “list of critics” which the interviewer seems not to pick up on;

Three months later, on 8 November, Manigault made this astonishing and disturbing admission to  the  Independent Journal Review;

“It’s so great our enemies are making themselves clear so that when we get in to the White House, we know where we stand. If [Sen. Lindsey Graham (Republican-SC)Graham] felt his interests was with that candidate, God bless him. I would never judge anybody for exercising their right to and the freedom to choose who they want. But let me just tell you, Mr. Trump has a long memory and we’re keeping a list.”

Her ordination as a minister of religion in 2012 does not appear to have mitigated her tendency to spitefulness. (Brian Tamaki would probably see her as a “kindred spirit”.)

“Wow, an enemies list. They went from zero to Nixon in no time flat.”

Colbert was referring to disgraced former US President, Richard Nixon. In 1973 it had been revealed during Senate hearings into the Watergate Scandal that Nixon had kept a secret Enemies List.

One of Nixon’s “enemies” was eminent journalist,  the late Daniel Schorr.

In 2009, Schorr recounted to Jordy Yager from ‘The Hill‘;

[Schorr] has worked at CBS, The New York Times and The Christian Science Monitor, among other organizations. Though he has received three Emmys, numerous decorations from heads of state and countless journalism awards, there is one honor above all that makes Schorr beam with pride.

The distinction came during the 1973 Senate Watergate committee investigation into Nixon and his administration. In his testimony to the committee, John Dean, Nixon’s former White House counsel, mentioned that the president had kept an “Enemies List” — for those for whom the president “mean[t] some harm” and whom he did not like.

After waiting throughout the day, Schorr, who was covering the event, got his hands on the list of 20 people and began to read it live on-air.

“I almost collapsed on the air. I had never read it before, never seen it before, never expected it. But I continued and said, ‘No. 18, Paul Newman. No. 19, Mary McGrory [the Pulitzer Prize-winning reporter for The Washington Post].’ It was such a distinguished list,” he said, joking that the notoriety of the list made him more popular. “My lecture fees went up.”

Schorr continued to infuriate Nixon with his critical coverage and was no stranger to the president’s wrath. He is listed in the three articles of impeachment brought against Nixon. It is a badge Schorr wears with honor.

Though Schorr was dismissive of Nixon’s Enemies List, there remained the dangerous reality that a President of the most powerful nation on Earth; Commander-in-Chief of America’s armed forces; privy to information from a multitude of intelligence agencies, and access to the nuclear launch-codes – was compiling a list of  personal enemies.

The Nazis had their own “Black Book“ – a list of enemies in Great Britain who were to be rounded up after the successful German invasion and occupation of that nation;

But only fascist regimes indulge in real Lists of Enemies; people who displease despots, and either end up dead, disappeared, or  having “unfortunate accidents” in their lives.

Who is to say that the incoming Trump Administration is fascist?

Acknowledge for above images: US Government

New York Times: Donald Trump Appears to Soften Stance on Immigration, but Not on Abortion

The Guardian: Donald Trump appears to soften on Obamacare and Clinton emails

The Intercept: Steve Bannon Made Breitbart a Space for Pro-Israel Writers and Anti-Semitic Readers

The Independent: Bernie Sanders – Donald Trump is already breaking his pledge to ‘drain the swamp’

The Hill: Omarosa – Critics will have to ‘bow down’ to President Trump

Youtube: Omarosa – ‘Every critic, every detractor will have to bow down to President Trump’

The Grio: Reality TV star Omarosa has been ordained as ‘Rev. Manigault

Independent Journal Review: Omarosa – Republicans Who Vote Against Donald Trump Will Be Put On “A List”

The Hill: Journalist recalls the honor of being on Nixon’s Enemies List

Donald Trump and the lessons of history

Dumber and dumber, scarier and scarier

Trump – the cultivation of demagoguery