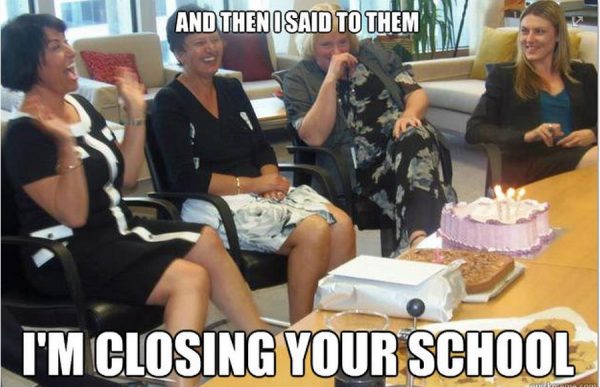 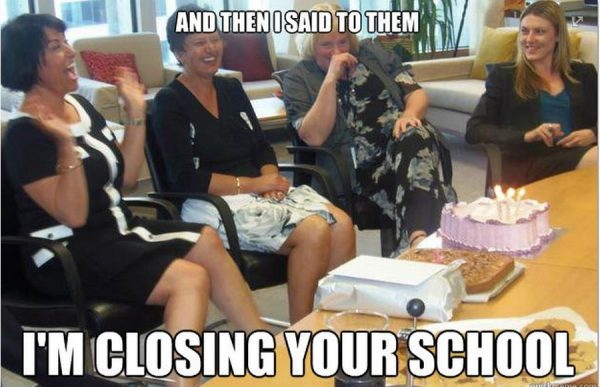 This posting, despite some initial appearances to the contrary, is a serious one.

It is about the way the power elite in New Zealand, largely represented by the National government, keeps the poor in their place and the power elite in theirs. To achieve this the government has at hand a remorseless plan of action. It uses figures from short term measurement of short term policies, which are always cheaper and can be relied upon to fail, relied upon because issues of poverty are always deep-seated and long-term – the gold-plated convenience to the government is that the process will misrepresent the nature of poverty, worsen it, make it seem intractable, appear something money can’t fix, and keep the poor and those associated with them off balance and under control –  all in remorseless movement to more short term policies, measurement, and control. The especial value of the figures is that if it serves the government’s purpose it can manipulate and spin the figures up and down to its advantage, for instance, if it wants to justify keeping particular programmes of short term measurement in place.

A cast-iron principle of the power elite is that only the wealthy have problems money can solve.

And this remorseless plan of action underpins everything the government has done in education, and particularly in relation to the children of the poor.

Hekia Parata has overseen all this in education and doesn’t care.

She just doesn’t care it is hurting children.

She just doesn’t care because she just keeps on doing it.

In narcisstic-style it seems all about her.

She’s going out with a laugh at the expense of public education.

She has brought a partisanship to politics that is obsessive.

She lied about the effect of home environment on learning – 18% not 70 – that scapegoated schools and sold a big group of children short – including Maori.

She told that lie in Parliament, and in getting away with it – thought it was a huge joke.

You see she just doesn’t care.

She lied about, or was intentionally careless, about class size.

And now she is lying again about the funding of public schools.

It’s all a big laugh to her.

Go on trample over children and teachers.

Go on with your true agenda, dismantling public education.

Go on using lousy metaphors – when at a loss use a hospital one.

You said: ‘When I go in and argue against health, for instance, and they say, for this dollar amount we can do X hip operations … it’s no longer acceptable to just say “we need more education”.’

Children’s learning is a hip operation.

This huge data thing and targeted provision being considered will be another education setback for the children of the poor.

You said: ‘The paper presented to Cabinet states that New Zealand’s performance compared to overseas countries “suggests there is enough money in the system”.’

That paper will in overall effect be a lie. The key thing is the amount of money that goes to schools to be used for children.

The bureaucracy has grown significantly under you and is set to grow further under your successor.

The two comparisons should be England and Australia.

You lie when you imply we are even close to schools in those countries on funding available for schools to use with children – including class size and special education.

The Cabinet paper continued: ‘International research shows that once a certain level of funding is reached within an education system , extra improvements in student outcomes cannot be achieved simply by adding more resources into the system. Instead it matters how effectively this money is spent.’

We have had 25 years of top-down, bureaucratic control of education and, behind the fake results and spin, it has been steady slippage.

The Cabinet paper should have read: ‘International research shows that once a certain level of bureaucratic control is reached within an education system, improvement in student outcomes will be harmed if bureaucracy goes beyond that level.’

The problem in New Zealand education is not just lack of funding but an oversupply of bureaucracy.

What should bring special satisfaction to the government is the almost complete lack of progress for Maori and Pasifika children and the children of the poor. Well done Hekia – you have served your masters well.

To find out how she did it, supported, of course, by all the ministers in the social area and Bill English, read on:

By definition within this government, ‘throwing money at the problem’, which is Parata’s implication here, is an expression only resorted to if the matter relates to the less well off in society: if it relates to the moneyed parts it is expressed as an investment in the productive sector – an entitlement consistent with their status. And when the government refers to real results it is referring to immediately measurable results which, in relation to social issues, is a way of distorting and avoiding the inherent nature of such issues. Such issues are always complex, fundamental, and chronic – therefore not amenable to short-term measures or measurement.

Short-term measurement serves not as a marker for complex social issues but an agent, a device, for making them less likely of solution; an outcome which may not be of particular concern to the government because their lack of solution can be used to political advantage: those in the front-line trying to effect a solution can be held accountable, scapegoated for their failures, especially if they have had the temerity to suggest flaws in the proposed policies; and, the idea that the social issues are beyond solution, given time to take hold, can create fear, insecurity, division, a sense of hopelessness, and moral ambiguity.

A concomitant of short-term measurement is short term measures, which suit the government fine, as short term measures are always cheaper and don’t rely on trust, particularly inter-generational trust, of which it is mightily mistrustful. Contemporary Western society – driven as it is by individualism, managerialism, privatisation, accountability, and deep distaste of the idea of public service – is running perilously short of trust, that vital ingredient to a truly healthy social democracy. All the time, of course, while non-solutions to complex social issues are being showily pursued to political advantage, actual solutions are being ignored, leading to the complex issues becoming more intractable and the ostensible beneficiaries of the non-solutions even more disadvantaged.

The especial tragedy is this, there is a group of teachers in New Zealand, diminishing though it is, who know how to do far better with the children of the poor, or with all children for that matter, but it would require relative freedom of action by those involved and, for a start, smaller classes, no more than 18 children for junior ones. The aims would centre on intrinsic motivation, self-organisation, independent learning, flexible thinking, and creativity. There is no secret how it would proceed, the programmes, one for juniors, one for seniors are described in Attacks! 71-90 listed on the Networkonnet website, also reproduced in two booklets which were sent to Hekia Parata and other members of her administration.

For the government, measurement is an instrument of delay, distortion, advantage, and oppression. Such measurement is always short term while social issues are always chronic so there is mismatch from the outset. Measurement of social issues is never a neutral, it is always value laden which is why the government is so commanding in its control of measurement and the interpretation of results. This means, amongst other distortions, that the government can declare an issue more or less resolved when it isn’t or, as more often is the case, far from resolved, allowing the government to scapegoat those it chooses to blame. An outcome of all this is to create a sense that certain social issues will always be with us, incapable of resolution, thus creating a  moral ambiguity about social issues, reducing the will to do something profound in response. In education, the imposition of a measurement-based system and the accompanying narrow formalistic curriculum has had a corrosive effect on learning especially for children from poorer families; children from wealthier families are subjected to the same system but they have the cultural capital to rise above it. To oversee the measurement-based system the government has established a hierarchy of rigid controls and fear-driven conformity. As part of this, a simplistic view of what education is and teachers do has been propagated. The main argument in this writing is that the government’s motivation for imposing such a system and being so fixed and relentless about it, no matter the contingent damage to the children of the poor, is to undermine and weaken teachers’ resistance to the dismantling of the public education system thereby providing an unobstructed path to propagate and act on the pervasive neoliberal ideology.

The choice of criteria for targeted provision has a feel of ways to keep the prison population down; if they were true education criteria, designed to lift children above the effects of poverty, they would be very different. They would be designed to counteract the effects of home environment on learning of children from poorer families. Not all home environments of poorer families, of course, have the characteristics of the following, but enough to have many schools needing to be funded to be able to do more for their children. Targeted provision is an example of the cheap, short term measurement policies discussed in the introduction: proposed on the basis they would fail; proposed not to take into account the real nature of the issues. Proposed not to understand anywhere satisfactorily the disorderliness and fantastical limitations, the mind-numbing and overwhelming triviality of many children’s experiences, the violent haphazardness of events. Proposed not to compare the richness of conversational exchanges between adults and children in some families and the shouted, impatient, at-wits-end verbal scatterings in others. Proposed not to compare with middle-class families the insubstantial, unhealthy food-preparation-on-the-run in these houses; the never being on your own and the accompanying clamour and disorder; living in cars, garages, tents, and multiple families to a house; the catch-as-can family sleeping arrangements; the transience; the multi, precarious, low paid, all times of a day jobs involving both parents; the broken nights from people returning from pubs, parties, and night shifts; the ugliness of backyards; the grinding effects of poverty; and the hopelessness of ever finding a way out. And when things go wrong in poor families, they often go calamitously wrong. Martin Thrupp’s excellent book, Schools Making a Difference: Let’s be Realistic, based on close and continuous observation of a student population of a school, details the extreme vulnerability to turns of events of children from poor families. Disruptive events are, of course, more likely to occur anyway in the lives of children from poor families and when they do, the effects are far more devastating.

The question should be: How can we help teachers help children, all children, better? And the answers are nothing like that top-down, bureaucratic rubbish inflicted on schools. And I think Hekia knows that, but you see, her agenda deep down is really to dismantle public education with the children contingent to that and especially the children of the poor.

I find you no laughing matter Hekia Parata.

You either don’t know what you’ve been doing and are a fool; or you do and you are an abomination.