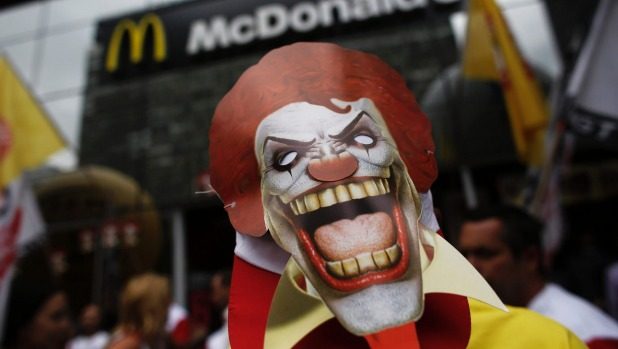 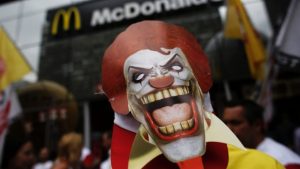 Restaurant Brands and Unite Union have amended their collective agreement to have workers’ hours and shifts guaranteed permanently.
Unite National Secretary Gerard Hehir says that this is a massive win for workers.
For the first time in decades workers in the fast food industry in New Zealand will have their shifts fixed permanently. No longer will their pay vary from week to week. As shifts become available, which happens frequently with staff turnover, workers will be able to build up their hours to the maximum they want to work each week.
The passage of the law to ban zero hours contracts in New Zealand set the stage for this change to the negotiated.
The current collective had a formula that hours were guaranteed at 80% of the previous three months staff had worked.
This new amended agreement transitions to 100% guaranteed hours and fixed shifts. There will be a discussion with each worker to reach agreement on fixed hours and shifts based on what they have actually been working.
Employees will also be offered additional shifts when they become available up to a maximum of 40 hours a week, allowing the opportunity to build up stable, secure full-time employment.
The union always saw our agreement last year as a step towards permanent fixed shifts and are pleased to have got there with Restaurant Brands.
Restaurant Brands is a publicly owned company that owns the right to market KFC, Pizza Hut, Starbucks and Carl’s Jr brands in NZ. They have over 4000 staff and Unite has over half as members.
However, Unite has accused McDoanld’s and Burger King of trying to cheat their staff out of their rights under both the collective agreements and the law.
McDonald’s have been putting many new staff on three-hour minimum contracts and refusing to pay compensation for being available to work additional shifts as required by the law. They are also refusing to offer hours to existing staff before hiring new staff.
Burger King had agreed to guaranteed shifts but have abandoned implementation of the collective agreement clause requiring this.
Unite will be taking both companies to court to challenge their cheating and their attempt to wriggle out of legal and contractual requirements they were forced to sign under public pressure last year.
Both McDonalds and Burger King are Zero Hour cheats.
The people they are using and abusing are young, vulnerable, and often migrant workers who they hope won’t stand up for their rights.
Unite Union and Restaurant Brands have clearly shown that secure jobs can be achieved in this industry. McDonalds and Burger King now simply have no excuse for their failure to do what their employees, the law and the public of New Zealand so clearly told them last year.