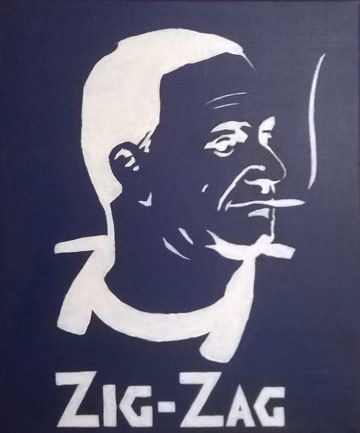 Earlier this week, a poll came out indicating that a majority – almost two thirds – of New Zealanders are allegedly in support of either decriminalizing or legalizing cannabis. This is hardly significant, as it is merely a reification of what many of us have either known or strongly suspected for some time.

But what IS interesting is how the conversation around its results appears to be progressing amidst our political class.

Labour, as you may recall, went inside 72 hours from signalling cautious support for a cannabis referendum on student radio … through to Andrew Little backing away by claiming such a thing “wouldn’t be a priority” for his party in government. He’s been more recently quoted as suggesting that decriminalization likely wouldn’t work in practice, and stating Labour’s outright opposition to legalization.

Meanwhile, New Zealand First and The Greens reiterated support for our traditional positions: letting the people decide through a referendum, and pushing for top-down legislative change respectively. In my opinion, while both are desirable, one of these approaches is perhaps rather more likely to force improvements upon the issue in the near future – no prizes for guessing which.

The fear which our National decision-makers have for putting such a policy to a plebiscite can be easily adjudged by the speed and velocity with which Key has started counter-factually spinning upon the issue.

Consider his remarks in response to news of the poll: that first, communities would oppose any likely law changed based around not being able to control whether or not they’d wind up with drug stores or “tinnie houses” on their local street corners … and then invoking the scary specter of the Legal Highs debacle in order to intimate that ‘we’ve been down this road before’. Which we haven’t.

Obviously, this wild scaremongering is intended to attempt to defuse popular momentum and support for a law change. And the manifestly fact-free nature of Key’s rhetorical stabs are revealed by the logical contradictions between them.

First, decriminalization DOES NOT MEAN legal cannabis-sales. In just about every jurisdiction which has pursued drug decriminalization, drug-dealing remains steadfastly illegal. The only thing that changes is that individual users who are caught with a relatively small quantity intended for their own personal use … don’t have to take their changes in the criminal justice system upon apprehension – instead getting a small fine, or other civic penalties (Portugal often insists upon repeat offenders being required to attend mandatory drug rehabilitation and counselling). The idea here is to help people with problematic use, rather than harm them with potentially needless criminal convictions. As I have often argued, the manifest ridicularity of enforcing criminal sanction for minor drug offending effectively turns on the implicit logic that drugs *may* ruin the user’s life … so just to make sure, the state will demonstrate this principle in action by ruining it *for* you – often far more irreparably than the drugs themselves.

So right away, we can see that Key is being disingenuous in insisting that the expressed and avowed opinion of ordinary New Zealanders would create something manifestly different to what’s actually on the table here.

Now it is true that if we DID intend to pursue full-legalization, that the growing up (or, potentially more accurately, the de-criminalization of an already-extant industry) of ‘legitimate’ cannabis cultivation, sale and distribution would most likely happen. But Key’s own cited example of the public furor over the thankfully now extinct ‘Legal Highs’ industry reveals exactly why the invoked specter of ‘tinnie houses on every street corner’ is substantially fallacious.

When the Psychoactive Substances Act came into force (which, let’s remember, was National-supported legislation), it was very clear about establishing public and community control over the location of retail outlets. In other words, it was made deliberately legally impossible for people selling mind-altering chemicals to operate in a number of areas as determined by their local community, such as residential areas, near schools etc. So there’s a clear precedent for being able to control this sort of thing – just as, in many cases, we do with liquor licensing (see, for example, the liquor licensing trust scheme operating in West Auckland).

The other point to be made here is that at present there is NO legislative control on where or where not that cannabis-dealing can occur. There is probably an intrepid black-market businessman operating in your neighborhood right now as we speak. So bringing the marketplace ‘above ground’ may perhaps make it easier to control where the sale and distribution of cannabis takes place.

In any case, comparisons between potential cannabis decriminalization or legalization and our previous abortive experience with the synthetic highs industry are patently fallacious. The synthetic cannabinoids which wound up being sold particularly in the later phases of their thankfully brief period of legal availability were pretty much fundamentally different drugs to even the much-mythologized modern high-potency marijuana which some errant baby-boomers will invoke in an attempt to distinguish the relative harms between their own youthful drug use and the cannabis-smoking of today.

I’m quite serious about this. Even though the various classes of somewhat ill-understood Research Chemicals were supposed to broadly mimic the effects of real cannabis, the distinction between what was on sale legally versus that which has always been available illicitly … often seemed to be about as different from each other as Kahlua and coffee.

There are long and involved neuropsychopharmacological explanations as to why synthetic highs were so qualitatively different to actual cannabis; but rather than bore you with the details, let’s just say that pretty much everyone in a position to know agrees that the classes of synthetic cannabinoids on sale here in New Zealand had substantially different effects, response-profiles, and addictive potentiality as compared to the genuine article. As in, they were ACTUALLY addictive, and very really capable of causing serious and long-term physiological/psychological damage in ways that cannabis simply wasn’t.

So will the decriminalization or legalization of cannabis in New Zealand lead to burgeoning hordes of young dope-fiends queuing out round the corner on residential streets in their reckless bids to score a wrap of tinfoil from your friendly neighbourhood legal-tinnie-house?

No. This is simply untrue.

As previous experiments with different substances ranging from alcohol to esoteric addictive chemicals have proven, it’s perfectly possible to control the legal distribution of psychoactive substances and keep them out of residential areas. The sad specter of burnt out, zombie-eyed addicts desperately fiending for their next fix as a result of this law change is also simply another piece of National scaremongering. We all know cannabis users – some of them even heavy users or arguable dependents. Even the worst of them often appear far better and more functional than middling-grade alcoholics – and infinitely healthier than those who were addicted to potentially lethal synthetic cannabinoids.

In any case, concerns that cannabis law reform will meaningfully increase the number of weed-users in our communities appear to be highly questionable on the basis of fact. There’s no evidence from the multiplicity of U.S. polities which have improved their drug laws that this will axiomatically happen – and, indeed, some evidence that the legal availability of cannabis actually *decreases* the uptake and usage of cannabis by teenagers.

This is without even getting into the $150 million in taxation revenues which Treasury estimates legalization could bring us – or the nearly $200 million which would be saved from Police and judicial system budgets as the results of no longer having to arrest and prosecute cannabis users.

So in conclusion, there is a legitimate debate to be had about the merits (or otherwise) of marijuana law reform here in the Land of the Long White Cloud. There is also room for discussion about differences of approach in securing that (for example the relative advantages of the pursuit of #reeferendum, or the more perilous (and thus far repeatedly defeated in Parliament) pure-legislative-push).

But any way you choose to roll it, the key and important thing which must MUST underpin a public debate about this issue is accurate information and fair, even-handed arguments.

We’ve had several decades of semi-irrational scaremongering. It’s lead us to all sorts of unwholesome and deleterious places. Let’s hope that – going forward – it’s reality rather than risible fear-inducing rhetoric which carries the day.

It doesn’t take more than half an ounce of sense to see which side the facts seem to stack up on. No wonder the opponents of the future, then, find themselves having to resort to fact-free spinfotainment in order to attempt to get their prejudicial points of view across.