Subject; a recent poll  showing that 64% supported possession of a small amount of cannabis for personal use should be  legal (33%) or decriminalised (31%). Only 34% of the 1,029 respondents  supported the current status quo of prohibition.

Espiner pointedly asked Key whether he thought cannabis should be decriminalised or legalised.

Key responded that he “was not a fan” of making cannabis legal.

Key referred to Parliament “sending a message” to society;

“…Y’now, one of the things that Parliament does is send a message to people about, um, activity we want to see or not want to see. And, um, in the case of drugs, um, I think if we were, as Parliament, were to decriminalise then one of the messages we’d be sending is that increased drug use is ok.”

“…We see longer sentences for instance for domestic violence because we’re, um, trying to send a message as a Parliament that we’re deeply opposed to the domestic violence statistics in New Zealand [and] we’re going to do something about it.”

So the National-dominated Parliament was “sending a message”?

Key’s rationale, as he stated at around 0.38 into the interview was “ were to decriminalise then one of the messages we’d be sending is that increased drug use is ok“.

Are “messages” from Parliament to the rest of New Zealand critically important?

The previous Labour Government also intended that a  “message” was sent from Parliament  to our children, back in 2008;

As with taxing tobacco products in New Zealand – a method proven to work – increasing the price of an unhealthy product reduces consumption. Especially amongst the poor, who are particularly susceptible to pernicious marketing and supply of cheap, unhealthy ‘foods’. A Parliamentary report here in New Zealand showed that obesity was especially prevalent in lower socio-economic areas;

Dr Jonathan Coleman: Not necessarily. No, the evidence doesn’t show that. If you look at the evidence for sugar tax, right, it shows actually it’s very low in terms of disability-adjusted life years lost, so that’s basically saying that, look, there’s no evidence that it’s going to end up with people living longer, healthier lives. What there is evidence for is actually eating less and exercising more, and so I’m focusing my efforts on education, getting people to actually live more healthy, active lifestyles. Sugar taxes get a lot of attention. No evidence that it works.

Four months later, in an interview with Dr Jonathan Coleman, on TV3’s The Nation, on 24 October;

Patrick Gower: Looking at a soft-drink tax –why not?

Dr Jonathan Coleman: Because, actually, there’s not the conclusive evidence, right? There might be a correlation in those Mexican studies, so they put a 9% tax on soft drinks.

Dr Jonathan Coleman: Sales decreased, but it’s not clear if that’s a correlation or a causative effect, so there were other things going on – a tanking Mexican economy, $30 billion drinking-water programme. It’s also not clear if there’s substitution to other beverages. So we’re saying, look, you know, there’s some evidence that’s being assessed – it’s going to be reported on in 2017 at Waikato University as well as the University of North Carolina – but there isn’t any direct evidence of causation that anyone can point to.

Patrick Gower: Well, the World Health Organization, which put out that major report recently, led by our own Sir Peter Gluckman, you know, that has said, and I will quote it for you, ‘The rationale and effectiveness of taxation measures to influence consumption are well supported by available evidence.’

Dr Jonathan Coleman: Well, they might be talking about a decrease in sales. But what we want to know about is – is there a link to obesity directly? So, for instance, there might be a decrease in consumption of soft drinks, but are people drinking more flavoured milk? Are they drinking beer as a substitution? What is says in that report is that, actually, there isn’t clear evidence. On balance, they recommend it, but, look, that’s the WHO, you know? You would expect that they would take a very purist view. And I met with the commissioners personally. I talked to Sir Peter Gluckman.

Patrick Gower: What about this for evidence? If a tax doesn’t work or there’s no evidence for it, what about with cigarettes? Because your own government’s putting up the price of cigarettes and saying that that is working to stop smoking.

Dr Jonathan Coleman: Well, that’s a different issue. So, yes, if you put a tax on something, it will decrease consumption, but what I’m interested in is – will that decrease obesity? So say, for instance, we tax something. You might drink less Coke, but are you drinking beer or flavoured milk instead?

This was an interesting exchange between Gower and Coleman. Note that his first contention is that sugar taxes do not work;

“Because, actually, there’s not the conclusive evidence, right? There might be a correlation in those Mexican studies, so they put a 9% tax on soft drinks […]  Sales decreased, but it’s not clear if that’s a correlation or a causative effect […] but there isn’t any direct evidence of causation that anyone can point to…“

But only a few seconds later, Coleman makes this startling admission;

“So, yes, if you put a tax on something, it will decrease consumption…”

That was a slip on his part. The National Party politician in Dr Jonathan Coleman was instructed to parrot the official line: ‘there is no evidence that sugar taxes work‘ (even though that is precisely the same mechanism used to reduce tobacco consumption).

As I then asked;

What could be wrong with providing healthy food options for our children? Who could possibly object to fighting obesity in our youngest citizens, who are vulnerable to the highly-processed, addictive, sugary and fatty foods that are a plague on Western (and increasingly developing) contries?

Need we ask? And are we surprised?

Two and a half years later, the consequences were predictable, dire, and costly;

By April 2016 – seven years after National scrapped Labour’s healthy-foods-in-schools legislation, the cost of weight-loss surgery has continued to escalate;

Which raises the fairly obvious question; what message was Parliament (ie; National) sending to our children in March 2009, when it abandoned the campaign to implement healthy food options in our schools?

What “message” was Parliament (ie; National) sending to all New Zealanders?

To paraphrase John Key’s statement to Guyon Espiner on 15 August;

“…Y’now, one of the things that Parliament does is send a message to people about, um, activity we want to see or not want to see. And, um, in the case of unhealthy, disease-causing foods, um, I think if we were, as Parliament, were to permit unhealthy foods in schools then one of the messages we’d be sending is that increased obesity use is ok.”

That would be a good message to send.

I look forward to it.

Radio NZ: Morning Report – Is there appetite for change on legalising cannabis?

Radio NZ: Majority back decriminalisation of cannabis use, poll suggests

From “Nanny” State to “Natzi” State?

You’ll have a free market – even if it KILLS you! 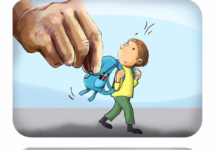 GUEST BLOG: Bryan Bruce – “It Really Does Get In!” 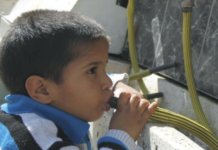 No business with Israel while military Occupation rules