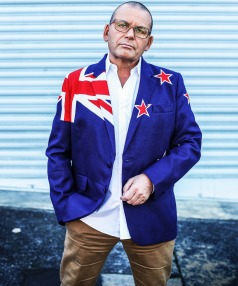 Love him or hate him, Paul Henry is a very funny and talented broadcaster. Yes his foaming right wing nonsense is a major problem in a media landscape as tiny as NZ, and he is certainly part of the problem when neoliberal mythology is regurgitated as ‘common sense’ – but you have to give the devil his due, he knows how to do an impressive Breakfast show.

And it’s working. TV3 have been killing it in the Breakfast ratings stakes because The Paul Henry Show is a far crisper, news oriented and sharper product. TVNZ Breakfast on the other hand is a coma bound dullness only useful for babysitting toddlers.

Rushing in Hillary and Jack is a stupid move made by a management team who have no idea what Breakfast is supposed to be and they simply hope two new presenters will be enough to stop the ratings decline.

What TVNZ need to do is actually step away from the complex and over managed straightjacket that they manage to suffocate anything worthwhile with and allow Breakfast TVNZ to be the counter to what Paul Henry is doing.

The Polls point to a shift in allegiances politically, and Breakfast should follow that. What is it that Paul Henry doesn’t do? His show is a right wing platform, look at his panelists, they are all right wing. His topics and the way he approaches them are right wing. In Jack and Hillary you have two liberal personas who could do what Paul Henry does, but from a far more progressive perspective.

If TVNZ wants Breakfast to rate, they need to give the market a product that isn’t currently being filled. A left wing progressive Breakfast Show doesn’t exist, Breakfast TVNZ could be that.

It’s always surprised me that the idea of actually providing the audience with an alternative perspective to the one that everyone else is using seems so startling to these broadcasters.