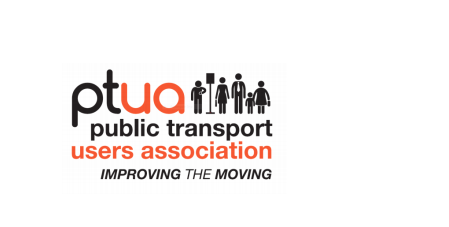 A new ‘Best and Worst Bus Stop’ campaign launched by the Public Transport Users Association seeks out the best and worst in New Zealand’s bus stops, in what they’re calling a ‘crowd sourced infrastructure audit’.

The campaign launch will be held today, Thursday, 4 th August at 4pm at the bus stop on Victoria Street in Auckland outside SkyCity (opposite the” Casino Gold House”). Association Chair Christine Rose says “Bus stops are the final frontier in a bus user’s journey. They can define the rest of the experience and be a deciding factor in whether people will use public transport or not”. Mrs Rose says the campaign aims to “celebrate bus stops that actually provide shelter, amenity, good passenger information and safe access to buses”.

“Such bus stops set a standard for the many users of bus services in Auckland. Everyone waiting for a bus in winter, wants respite from the wind and rain, and enough information so you know when your bus will come or if you’ve missed it”.

“We all want safe, joined up pedestrian access to our buses, and even rubbish bins and artwork”.

“We’d like to hear from New Zealanders about their favourite bus stops and shelters, and why”.

“We’re inviting bus users to share their quality services to be celebrated, on the ‘Best and Worst Bus Stop’ facebook page”. At the same time, says PTUA Co-ordinator, Jon Reeves, “there are some dismal bus stops out there. There are those that are vandalised, unsafe and undeveloped”.

“Catching a bus from some stops is like waiting in a waste land. A bleak and barren experience”.

“Bus stops should provide shelter to a standard fitting the most vulnerable user – as it’s often women and children, school kids, the elderly and early morning commuters who use them. Bus users deserve civilised conditions with a modicum of safety and service”, says Mr Page

“This campaign aims to seek out cases where minimum conditions aren’t being met”. Mrs Rose says that this campaign shines a light on bus users’ experiences – seeking out the good, the bad and the ugly in New Zealand’s bus stops.

“The public can easily have their say, in a fun way, by loading images onto the ‘Best and Worst Bus Stop’ facebook page, using social media for the celebration and / or exposure of NZ’s best and worst bus stops.

About PTUA: The Public Transport Users Association (PTUA) is a politically independent, voluntary incorporated society and is run by a committee. The PTUA represents current and future passenger transport users who travel by bus, train or ferry. The PTUA is here to help promote public transport use and to ensure councils, transport agencies and central Government listen to bus, train and ferry users.