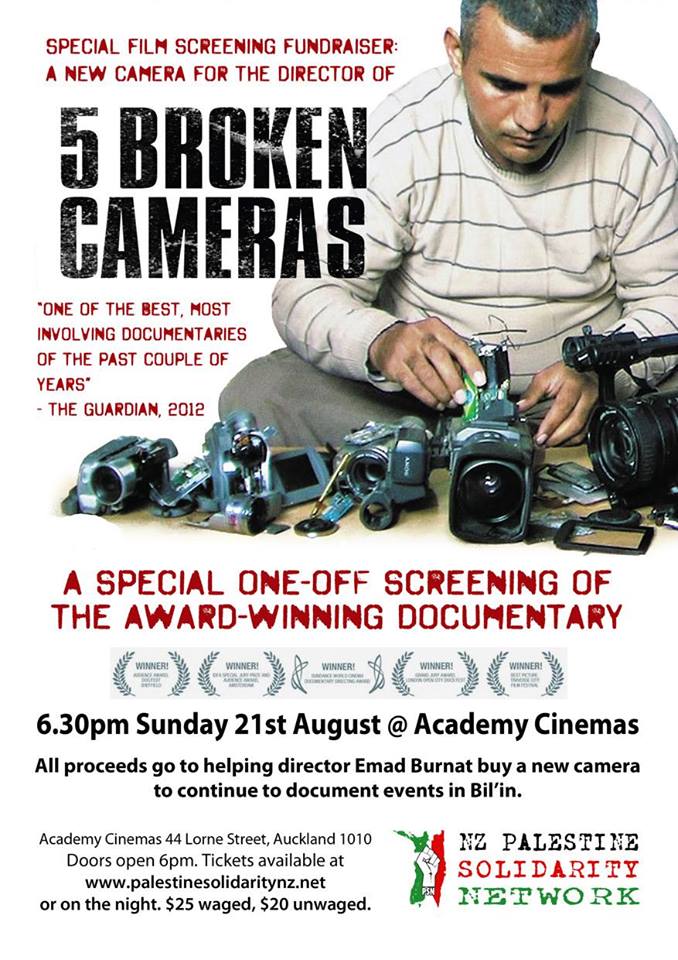 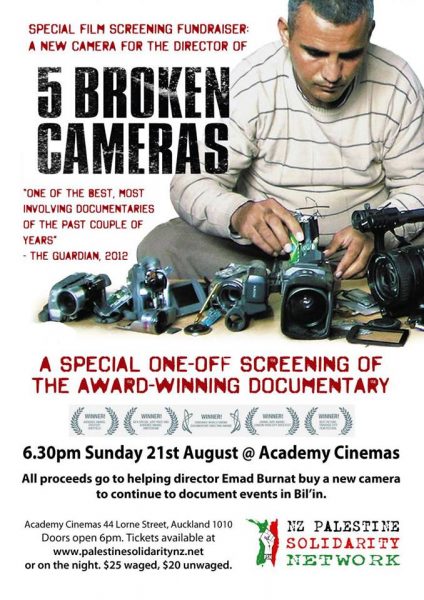 Special one-off screening of award-winning documentary ‘5 Broken Cameras’, to raise funds for director Emad Burnat to buy a new camera so he can continue to document his village’s courageous resistance to the Occupation in Palestine’s West Bank.

If you haven’t seen ‘5 Broken Cameras’, don’t miss this one-off opportunity to see it on the big screen in the lovely Academy Cinema. If you have seen it, bring friends and family who haven’t, and help us make Emad’s next film a reality!

Last month Emad was arrested by the Israeli military during Bil’in’s weekly Friday protest against the theft of their lands. He was released without charges, but his car and its contents were confiscated and he was fined 2000 shekels for being in a ‘closed military area’. As well as raising much needed funds, we hope this event will be a strong show of solidarity for Emad and the other residents of Bil’in, whose weekly protests against the Occupation have never missed a beat in over a decade.

Tickets $25 waged, $20 unwaged/student. Doors open 6pm, film starts 6.30pm.
Tickets can be purchased here . When you have made your payment email us atadmin@palestinesolidaritynz.net with your name, payment details and number of tickets, we’ll send you a confirmation and your tickets can be collected on the night.