It ain’t terrorism when it’s Christians doing it

In the hours after the Orlando killings, the Right and some in the media were very quick to claim this was Islam’s fault. This was the home grown lone wolf Muslim radical and it was further evidence that Islam is somehow incompatible with our values hence the only solution is to bomb them into the bronze age.

Much of that bluster has been diluted now by the later facts that the gunman was frequenting gay clubs, gay apps and gay men for some time before the shooting. Homophobic Self-hate mixed with the need to somehow justify ones repressed sexuality and easy access to semi-automatic weapons had more to do with Orlando than Islam did.

It’s interesting to see the muted reaction to the terrible killing of British Labour MP Jo Cox. The killer has been connected to a far right Christian pro-apartheid group yet the right aren’t calling it terrorism by Christianity.

Hate, social division, inequality, lack of connection with civil society and alienation are driving our violence, attempting to paint entire religions as the problem simply creates another problem.

You fight hate with understanding not invading the Middle East. 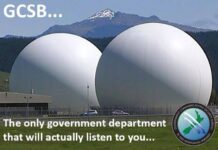