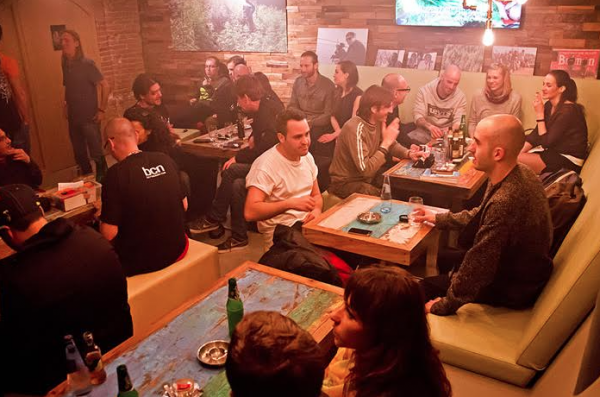 Public support for cannabis law reform is growing, and it seems inevitable that it will happen at some point. It’s no longer a question of should we change the law, what should we change it to and how soon?

Enter Dr Chris Wilkins of Massey University’s SHORE research center. He organised a drug policy conference last week in Auckland to help inform the debate and move it along. He has also proposed a new model for cannabis law reform in New Zealand: Cannabis social clubs in the form of Incorporated Societies (CIS), which would purchase cannabis products from a new Government agency, which has in turn licensed a variety of producers. The full version can be read at the New Zealand Medical Journal (behind a paywall) or watch the youtube video here.

The advantages are numerous:

This is a neat, cleverly thought out model that will satisfy the greatest number of concerns, bring in opponents, and creates very few problems compared to other models. Importantly, it gives us something to talk about. An idea to kick around and test out. It shows us what legalisation could look like in New Zealand. Is this how we want it?

My main concern is the proposed monthly limit of 28 grams (one ounce). That’s sufficient for most people, but it won’t be enough for heavy users and many medical users, who consume the largest amount but may be forced to abandon the legal social club system. Medical users are 42% of all cannabis users, or one in twenty people, and surveys of patients in US states where medical cannabis is legal show an average daily use of 1 to 5 grams, or 150 grams per month. Whatever we change the law to, it needs to minimise the size of the black market.

I’ve known Dr Wilkins for twenty years – his PhD used data from Aotearoa Legalise Cannabis Party members – and over the years we’ve had plenty of robust discussions about the options for cannabis law reform. I like to think I’ve alleviated some of his entirely valid concerns around the implications of making cannabis legal. I asked him why there was a limit at all, when there is no limit to the amount of alcohol or tobacco people can purchase. The answer was to be consistent with Uruguay, which has set a 28g monthly limit for cannabis club members. However in Uruguay cannabis consumers can also choose to grow their own or buy cannabis from pharmacies.

Dr Wilkins agrees. In a follow up email he told me “I think it would be consistent with overall principals of the approach to allow home cultivation without sale.” He also emphasised to me that the CIS model he outlined in the NZ Medical Journal is open to refinement, and suggestions for how to make it work better are welcome. I think it would be a huge improvement if medical users, their caregivers, and people who consume more than one ounce per month can also obtain it from pharmacies or grow their own.

The CIS model can be made better but there’s nothing I couldn’t live with. In the post-prohibition era, we’ll all need to make some compromises if we are to reach a consensus for law reform. What do you think? Leave a comment below, or head over to youtube – Dr Wilkins will be keeping an eye on the comments which he anticipates “could be really useful to develop the regime further.”