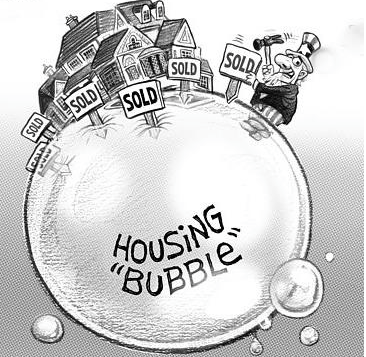 After years of neglect John Key now thinks a selective land tax just might be called for to curb the tearaway housing bubble. The best that can be said is that he has opened a window of opportunity for debate.

As a baby-boom beneficiary I can see the injustice in how my generation has creamed off the housing wealth.    We need to put self-interest aside and support the greater good by supporting change.

Piketty in Capital in the 21st Century suggested solving inequality with wealth taxes.   On RadioNZ National this week Gareth Morgan suggested that the heart of the problem is the taxation of housing and that this has been a longstanding issue.  I agree.  It has been far easier to make money out of property in New Zealand than working at a proper job. And I also agree that the answer is not a capital gains tax.

A capital gains tax is an inadequate tool to address the disparity of wealth now apparent in New Zealand.  One problem is that a well-designed capital gains tax would take years to develop and be very complex. Even if a capital gains tax came in tomorrow it could not capture all the excessive gains to date.  Neither would it deal with the ability of landlords to generate rental income losses while making capital gains.

Rather than a narrowly focused land tax as John Key apparently is contemplating, a better way is to recognise that an imputed income arises from real estate asset ownership.  Why should this large part of income from capital escape the tax net?  We should reconsider the Risk Free Rate Method (RFRM) first proposed in the 2001 McLeod review of tax in New Zealand.

The RFRM takes a person’s total equity (real estate value less mortgages), and taxes it as if it were money they had on deposit at the bank. Interest from a deposit would be taxed as income.

Take a developer with a $600,000 rental house and a $400,000 mortgage.  Instead of returning the rental income (typically a loss after interest costs are deducted) he would be taxed on the equity $200,000 as if it had been put into the bank and had earned a risk-free rate of say 4%. The developer’s taxable income would be $8,000 regardless of whether the rentals were profitable or the magnitude of mortgage payments. At a 33% personal tax rate this is $2,640.

The family home would be included in the RFRM but there would be an exemption to reduce the burden on those who have modest property equity.  The majority of New Zealanders should be unaffected

Let’s say Anne and Arthur have a family home worth $2 million a rental property worth $600,000 and a family bach worth $ 1.4 million. Each have property assets of $2 million. With a personal exemption of say $1 million, they would each be liable for tax on an imputed income of $40,000. If they have a tax rate of 33%, they each would pay $13, 200 in tax but they would not have to include any rents as part of their taxable incomes.  There would be an incentive to make sure the rental and bach were generating some rental income and not standing empty.

The burden of the tax would fall on the older wealthy while the young with small equity and high mortgages would be protected. Overseas owners with no family home would have no exemption. Nor would property-owning trusts. By relating the taxable imputed income to the equity held, as property prices increase, future capital gains would be captured.

So is this practical? A full-time dedicated expert independent taskforce is needed to sort out all the fishhooks, not some poor blogger with 20 minutes to spare. We are not doing policy development well in New Zealand. Let’s not settle for a half-baked John Key back of the envelope solution to such a pressing national problem.