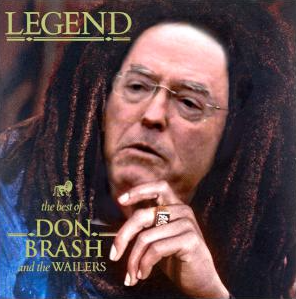 With every grand and sweeping change to the way we do things that’s been the result of long, drawn-out and arduous efforts for change … there comes a tipping point. Ordinarily, it occurs when sufficient numbers of Parliamentarians have been convinced on an issue to cast their votes in favour of changing the law. If we ever get Euthanasia law-reform in this country, it will probably take place exactly like that.

But other issues and reform-efforts play out differently.

There are some areas of what you might call ‘much-needed sanity injection’ in our politics where main-party MPs fear to tread.

Cannabis law reform – whether for medicinal use only, general and widespread decriminalization, or full-blown legalization – is the most prominent of these questions in modern times.

Sure, various Opposition MPs such as the departing Phil Goff (that’s him there in the lovely Trace Hodgson illustration, painting with all the colours of the wind as a Young Labourite) might have made rather more than vague murmurings about their intent to change the law back when they were much further down the totem-pole … but even despite the Greens’ gallant (if legislatively flawed) attempts at putting forward Private Members’ Bills on the subject from time to time, no serious progress seems likely from the Parliamentary end of the political spectrum. 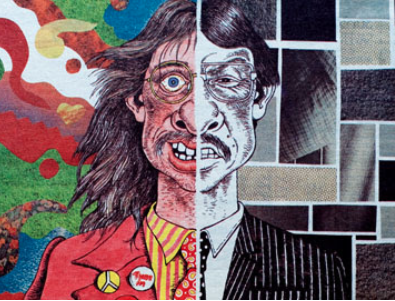 This is, obviously, because what you might term to be the “establishment” political parties of Labour and National are, in the main, seriously spooked about the prospect of something akin to the Family First- and moral conservative rentarage brigade-led ‘mass’ protests which accompanied something like the passage of the Civil Unions act in 2004. This helped to galvanize groups like the Exclusive Brethren to meddle in our politics in a big way, and there is presumably no screaming desire to overturn the applecart with yet another piece of social-progressive reform in Labour – while many in National, by contrast, are still stuck either being Trojan tobacco lobbyists, or daily re-watching Reefer Madness.

So it’s no go from Parliament, because various parties and actors who’d otherwise be potentially at least not-opposed to change are genuinely afeared of the effect upon their already apparently shriveling constituencies.

But what if something changed? What if, all of a sudden, the people clamouring for cannabis law reform were no longer half-baked twentysomethings, the occasional Gold Card-laden hippy, and Don Brash when he’s in a principled-libertarian mood.

What if bastions of what you might term key ‘establishment-supporting’ demographics started to change their tune.

This sea-change in New Zealand Politics started, inarguably, with Helen Kelly. The exact details, hows whys and wherefores don’t need to be gone into here. But suffice to say through her personal crusade, attitudes began to shift.

It’s one thing to dismiss cannabis law reform as a semi-literal pipe-dream of over-educated and under-realistic University Students having animated discussions in the local equivalent of Albert Park.

It’s quite another to tell somebody who’s obviously had (and still has, remarkably) their life together and is a serious and sober public figure that their thinking is in fantasist-territory error. Particularly when they’re in a near-moribund state from a terminal illness and are acting as living proof of the utility of the drug in question.

All of a sudden, the issue couldn’t be dismissed so easily – and not least because Kelly did her level best to keep it not only ‘on the agenda’ of public affairs, but talked about in serious rather than supercilious terms by a not insignificant number of journalists and other opinion-shapers.

The ‘reform’ side of the cannabis debate now had its relatable, respectable, downright reasonable ‘human face’.

Widespread incredulity as to the severely disproportionate original sentence of Kerry Van Gaalen up in Northland also helped to galvanize the issue. People were beginning to get a closer look at elements of our system that are demonstrably causing harm through not being fit for purpose.

Then, other things started to change.

I recall reading with frank amazement quotes from Police Association President Greg O’Connor talking about harm-minimization and the potential implications of full-legalization here in New Zealand. While the Police Association is presently at pains to downplay the idea that they might potentially be in support of drug law reform, it was rather telling that their new position is to actually look at the issue on its own merits and investigate it properly rather than simply dismissing any and all law reform efforts out of hand. It would even appear he’s going off on fact-finding missions surrounding the subject – first, last year to Colorado; and second, this year to Portugal.

In any case, it’s huge progress that one of our top cops – and the de facto mouthpiece for police across the land – feels comfortable enough with the issue to come out with something enlightened like “We should balance the damage that is likely from the inevitable short-term increase in the amount of drug use from legalisation of drugs against the damage done to society by the same drugs being illegal and supply and quality being left in the hands of unregulated criminals.”

All things considered, many policemen are probably much more keen to be fighting and solving “serious” crime, rather than reading their rights to early 20somethings caught red-embered with a spliff and a fifty-bag.

But it’s the next group presently lobbying for change that really caught my eye. An entire GreyPower branch have unanimously agreed to join the fight and start lobbying Parliamentarians not just for medical law reform … but for a fundamental shift to a position wherein the state views growing your own ‘medication’ no more severely than it does a pensioner planting broccoli.

Seriously. That’s how they phrased it. And while I’ve never heard of smoking cannabis referred to as “tokies” before, that’s quite frankly adorable.

Now while it might seem a little curious that members affiliated with a pressure-group that’s more customarily thought of as representing some of the more conservative (age) demographics are evidently starting to line up for change … this really should come as no surprise. You see quite a few things as you age – and once you hit your Gold Card years, odds are you’ll have seen far more than most. The specific reasoning cited by the GreyPower branch in question is quite simple -and chimes in most strongly with Helen Kelly’s own story and crusade efforts.

They’ve seen numerous people with serious illnesses suffer needlessly as the direct result of the officially sanctioned and presently available ‘legal’ medications being quite frequently horrendous. They’re not happy about it. And in many cases, it’s evidently been quite a strikingly personal process engaging with the issue and speculating what we might do differently.

I’m also not too surprised that older New Zealanders are starting to very publicly come out in favour of change for one other reason – the result of my experiences with New Zealand First. I still remember during the height of the ‘legal highs’ debacle, a number of the little old ladies at one of the NZF branches I was chairing at the time spontaneously propound that the legalization of cannabis represented a logical step forward that would have the additional and intrinsic benefit of largely extinguishing the then-flourishing consumer demand for synthetic alternatives. As one venerable moonsilver-haired woman put it … it seemed a curious thing indeed that the government had no problem putting abject poison onto our streets, yet were so reluctant and recalcitrant to even consider legalizing the vastly ‘lesser evil’.

But if the elderly demographic is one of the more remarkable newfound allies to the cause, it’s also arguably the most integral.

Elderly voters, you may remember, win elections and win policy battles. They tend to have far higher turnouts than the younger demographics more customarily associated with advocating for change, and it is my belief that the ‘Establishment’ political parties have a certain sense of Fear of older voters in train. How else to explain National’s curious reluctance to moot raising the retirement age, and Labour’s wild backpeddling over the exact same issue as soon as Andrew Little ascended to the leadership. Older readers will also remember a certain W. Peters making considerable hay out of the pension surtax debacle almost a generation ago in the early-90s.

So with several key support demographics evidently slowly aligning on-side, and growing sympathy for the cause of cannabis law reform as the result of both domestic figures and foreign experiments out amongst the general population … the only thing seriously missing (other than a critical mass of momentum) is the requisite numbers of politicians on-side to actually put forward some form of legislative enactment.

There are two ways that this could be done – a Binding Referendum like we just had on the flag, or a simple legislative proposal in the form of a bill. I suspect that the former may have a better chance of making its way through Parliament, as it allows any risk-averse political persons and entities to distance themselves from the result by claiming our new law is the ‘democratic will of the people’ rather than ‘intrusive social engineering’ (or whatever Family First’s latest buzzword-bouquet is).

Regrettably, we are still some distance away from the ‘tipping point’ of popular support and thus political will which could make either of these things a reality. But considering both of those political bell-weathers Winston Peters and Peter Dunne have recently made moves on the issue (with Peters openly campaigning on the possibility of cannabis legalization delivered via referendum during the Northland By-Election last year, and Dunne deciding to descend from his Ivory Ministry Tower to make vague noises in support of some form of eventual change), there is evidently capacious room for hope that our political classes are finally getting the message.

In any case, where Parliament fails to exercise moral leadership, it falls upon the people to take the initiative.

What we appear to be witnessing gradual and growing movement of support from diverse corners of the electorate, all converging on a singular (if somewhat hazy and ill-specified) goal.

Better drug-laws around cannabis that help rather than harm society.

We haven’t reached the tipping point yet – but we’re not far off it.