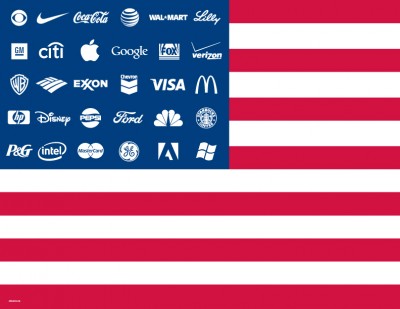 The anger from the left and right towards the Corporate American Political establishment is what binds Trump and Sanders.

Sanders is a socialist whose ideas sound fresh in the ears of those who’ve never heard them and Trump’s uncompromising anger connects with Republicans who are sick of being sold out to corporations.

Democrats and Republicans are paid for corporate servants who have enabled policy that robs 99% of America to reward the top 1% and that level of political servitude impacts right wing and left wing voters in America.

The Republican establishment is bent on killing off Trump because he can’t be bought by the Koch Brothers who own the Republican Party and Democrats have invented Super Delegates to ensure no grass roots candidate can threaten their pacts with corporations.

The prominence of trade as an election issue surprised many mainstream pundits as they didn’t think voters were smart enough to understand the corporate hegemonic structures that rob them of a quality of life.

Corporate America will do all they can to kill off both these candidates as they directly threaten the Military Industrial Complex and Corporate Plutocracy.