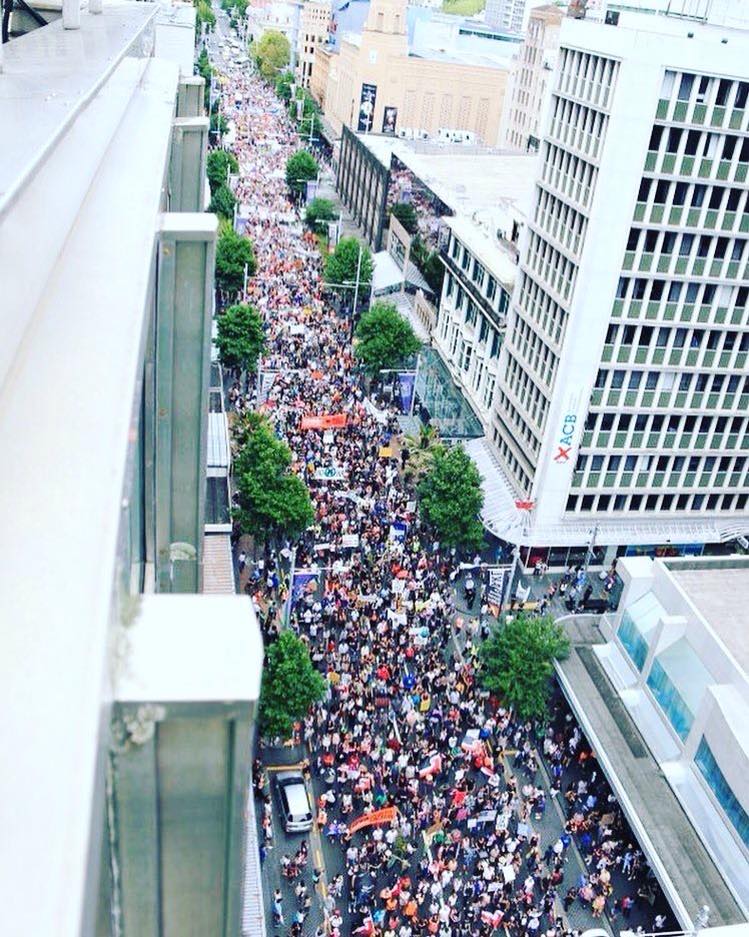 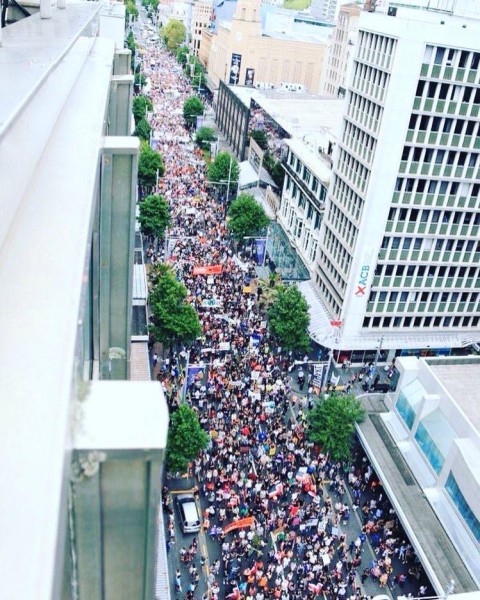 SOME TRIBUTES FIRST, then an apology. To Jane Kelsey and Barry Coates I can only say thank you. Demonstrations like the one I marched in yesterday don’t just happen. They are the product of hours and days and years of hard work, during which people fight not only against loneliness and fatigue, but against the insidious thought that their unceasing efforts might all be in vain. Observing the glowing faces of Jane and Barry, as they rode down Queen Street yesterday afternoon, it was their selfless commitment to battling on, heedless of setbacks and against all odds, that brought tears to my eyes. Once again, thank you.

Tribute is also due to Real Choice. By their extraordinary actions throughout the morning and afternoon of 4 February 2016 they proved just how sterile theoretical debates about tactics and strategy can be. Somehow, in growing older, I had forgotten the words of the young student activist, Mario Savio, spoken 50 years ago on the steps of Sproull Hall at the University of California’s Berkeley campus. In my teens and twenties I had sworn by them, and, to my older self, they certainly bear repeating:

Yesterday, Real Choice put their bodies on the asphalt of Auckland’s inner-city carriageways, and for several hours they made things stop. In doing so they sent a much-needed reminder to the people who run, to the people who own, this country that it can, if the provocation is great enough, be prevented from working. No one has indicated that to them for a very long time.

So, to Real Choice I say: Respect. No one was seriously hurt and no one was arrested. In the words of the little man in the grey suit who was right there in the thick of things, that was: “Bloody marvellous!”

I also say: Sorry. For my throw-away, and clearly unfounded, suggestion that Real Choice might be a “false flag” operation, I apologise – and my statement is withdrawn unreservedly. No false-flag operation could possibly have out-thought, out-run and out-manoeuvred the Police like Real Choice did yesterday. The Springbok Tour protesters of 1981 could not have done it better.

BUT, NOW WHAT? In which direction should the energy generated by yesterday’s protest actions be turned?

Happily, there is no shortage of targets.

Parliament resumes sitting on Tuesday, 9 February. The slow wending of the TPPA document through numerous select committee hearings, followed by the Government’s enabling bill’s passage through the four stages of parliamentary debate; both will provide excellent opportunities for carefully targeted protest action. Likewise, the Ministry of Foreign Affairs and Trades’ (MFAT’s) travelling road-show of public presentations intended to “sell” the Government’s pro-TPPA position to the electorate. All should be seen as educative political events, reinforcing the anti-TPPA’s core messages of diminished national sovereignty and a deepening democratic deficit.

The extent to which these core messages have already entered the public’s consciousness has unpleasantly surprised the TPPA’s supporters. They were taken aback at the size and vehemence of the Auckland protests and will already be working on ways to unpick the picture Jane Kelsey and her comrades have embroidered so vividly on the public mind. The Government’s and big businesses’ counter-offensive will have to be met, held, and rolled back.

This will be made considerably easier by the simultaneous fightback against the TPPA occurring all around the Pacific rim – but especially in the United States. Strategically, the struggle is between the progressive/patriotic forces operating within the twelve signatory states, and the defenders of the transnational corporations. Obviously, this puts the “Pro” forces at a serious disadvantage. Far from being able to pass themselves off as promoters of the public good, they will emerge from the contest as the big corporations’ fifth columnists, committed to defeating the patriots fighting to prevent the agreement’s ratification.

John Key and his Government thus risk entering election year as a collection of figurative “Quislings”, guilty of conspiring against the national interest on behalf of entities without countries, morals or scruples. If this perception can be driven deep into the electorate’s mind, then National’s chances of re-election will be nil. More importantly, the victorious progressive/patriotic parties will be swept into office with a broad mandate to take on a corporate plutocracy that has ruled without challenge for far too long.

For the first time in over 30 years, there will be a mass political movement dedicated to putting itself “upon the wheels, upon the levers, upon all the apparatus” of the neoliberal machine – and making it stop.